Summer is winding down, ending, already over. How? Is it stranger this year because of COVID, and the feeling like we might still be at the end of winter, early March, and that these last 6 months have all been some sort of a dream? It feels that way, like these last two warm seasons were just a tease, and that real life stopped in March, and that when we wake up we’ll be back there, still wearing puffy coats and sweaters, still waiting for the first signs of spring. 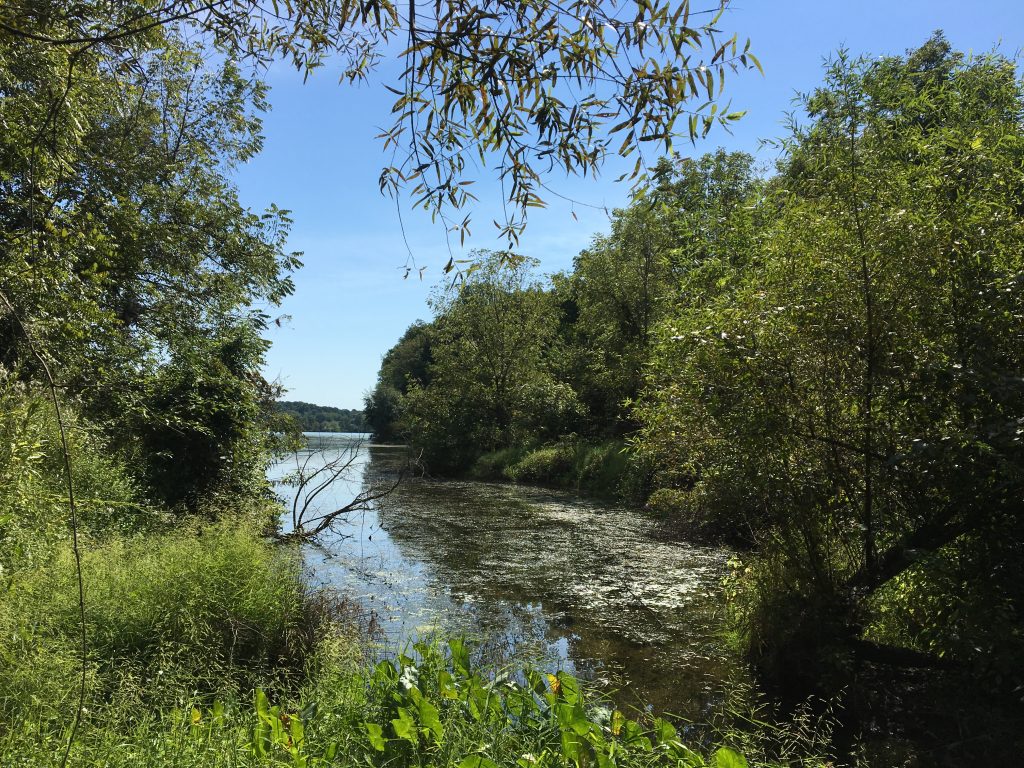 My summer was… okay. It was good, it was long, it was short, it was so hot and humid, I was restless, I was settled, I was anxious, I was joyful. The times when I felt settled were usually when I was driving on a long and empty road, or standing by an ocean. Nearly all the rest of the time it felt like I was waiting: waiting for the day to finish, waiting to move into the next week, the next month, waiting for this virus to be “solved” and to be in a place where I could move ahead with life. 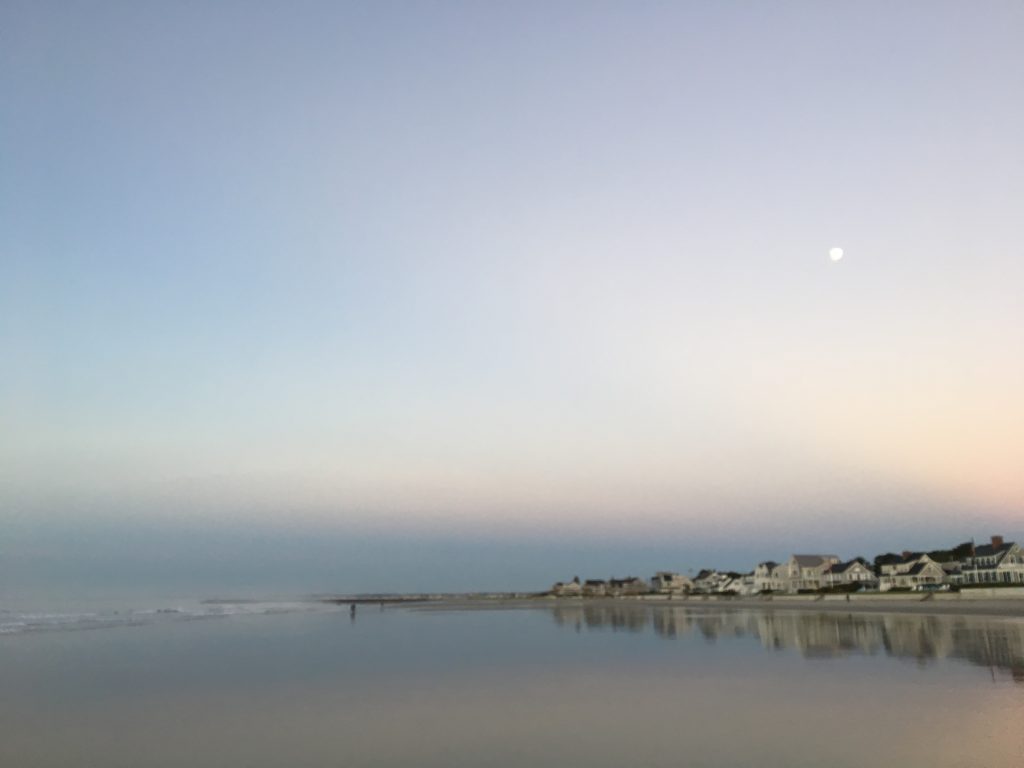 This is not generally the way I want to live, and it certainly wasn’t the way I wanted to spend my summer, but I keep repeating to myself: “We’re in a pandemic. This is still a crisis. It’s okay that the summer wasn’t all it could be. There was no way the summer could have been what you expected.”

And now we’re heading into a new season and the large questions of this time still remain. How long will we continue to be in this? Will I feel unsafe working from my school? Will I be able to manage all of the work that I’m facing this year? What happens when the weather turns cold, when I can’t see people outdoors? What happens in November, who will be elected president? How will that have an effect on the state of my country? 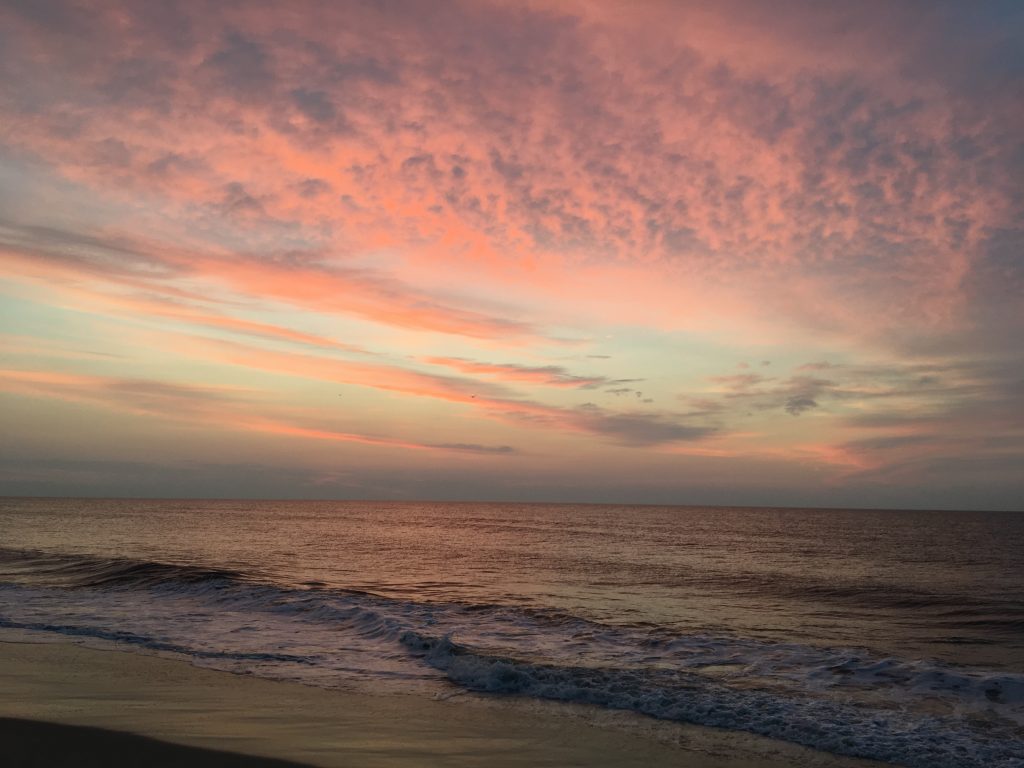 It often feels like a little too much and I can get trapped here, trapped with the questioning and the wishing that time could speed up, that I could arrive at a point where it is safe to get on a plane and travel to a new place and go on a long walk.

Instead, I’m here, home, on my couch and on my porch. Soon I’ll be back in a school and even though I had a long break from work, it almost feels as though there was no real break at all.

I think and think about what I can do to quiet the questions and the restlessness, and the answers are what they always are: Walk. Write. Repeat and repeat.

My writing has gone in slow waves this summer, from nonexistent to small things to occasionally a big burst of something. But then there are the ideas, too, the ideas of new things to write and new things to share and when I start working on an idea, it feels really good. It’s enough to even make me forget that there is a pandemic swirling around, and I can sink into the excitement of something new, even if it’s just the words I’m putting on a page. 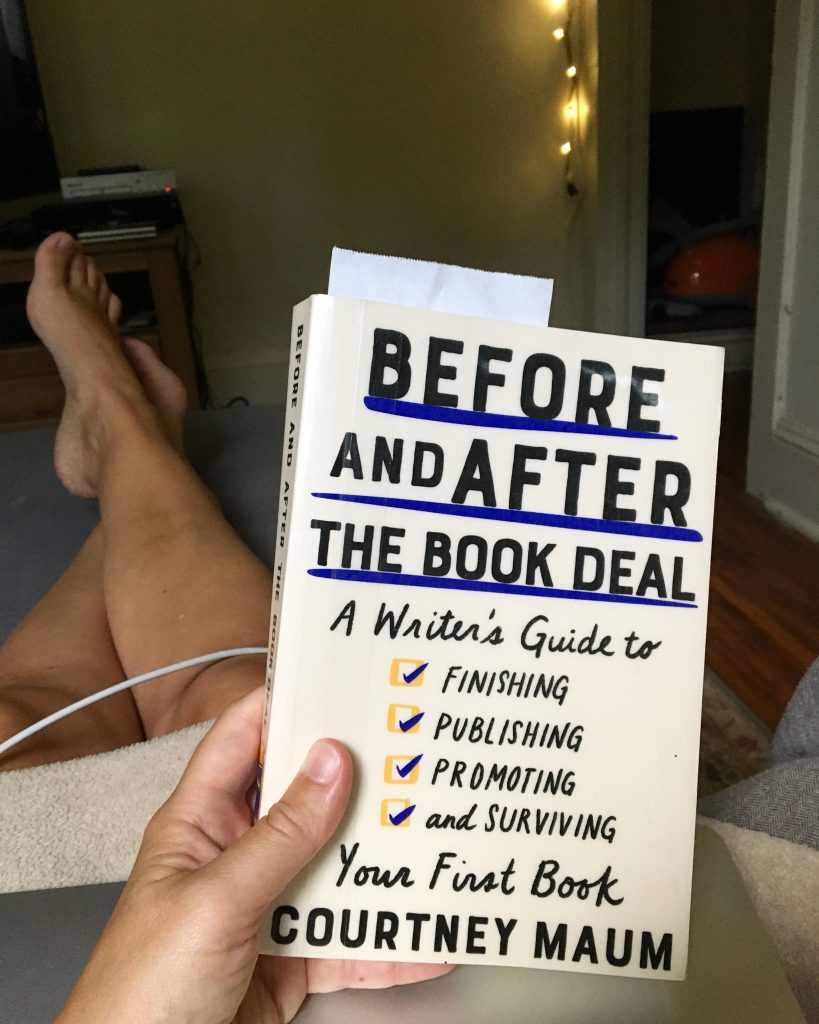 I’ve been working on some essays, maybe you could call them pieces of long-form travel writing. Whatever they’re called, they’ve been fun to work on, and I have nearly a dozen ideas of what to write about. They are stories and lessons from the last 6 years (or, the last 20 years, if you go all the way back to my college year abroad). Initially I thought that I might try to put the essays into an e-book, and for the last year have been coming back to that idea (when I’m not trying to finish writing the Camino Book).

But a few weeks ago I had another thought, and this one feels good. Nearly two years ago I started a Patreon, and have occasionally posted short ramblings and photos, but I’ve always intended to do more. The support that I’m getting there has been phenomenal and has meant so much to me, especially because my patrons aren’t getting much directly from the site- no real bonuses or perks. They’re supporting the work I’ve already done, and whether the know it or not, are giving me a tremendous amount of encouragement to keep chipping away.

But then it occurred to me- Patreon would be the perfect place to publish these essays I’ve been working on/dreaming up! I always worried that posting regularly to Patreon would take away from what I would share on this blog, and would also take away from the precious time I have to work on my book. And those concerns are legitimate, but I think an essay a month is more than do-able. It will keep my writing muscles strong, it will motivate me to write out some of the stories I’ve been meaning to share, and it will give those stories a place.

To have access to the stories, readers will need to sign up to be a patron (it’s easy and I’ve included several levels from as little as $1 or $3 a month), and patrons can cancel at any time. To give you a little taste, I’m making September’s essay public for the rest of the month (which means you can read without signing up to be a patron). It’s a slightly altered excerpt from the book I’m working on about my first Camino, and this section includes my arrival in Saint-Jean-Pied-de-Port and what it was like to face the beginning of a 500-mile long walk. 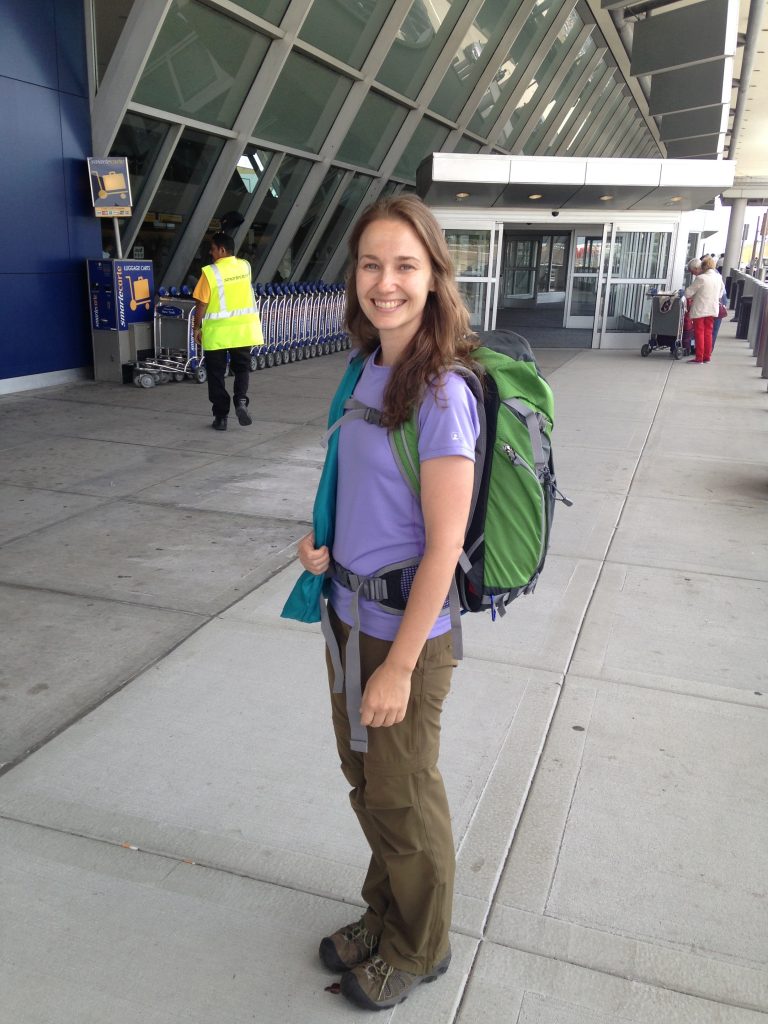 So go check that out, even if you don’t intend or can’t afford to be my patron- I’d love for you to read some of my work in progress!

It feels good to be writing, and to give myself accountability in this way. It’s nerve-wracking and a little scary, too (publishing/posting anything I write always is), but that’s not a bad thing. And in these months, I need something to focus on, something that moves me forward, something to anchor me while the rest of the world swirls and rages.

And, otherwise, I’m going to walk. There’s nothing big planned- how can there be?- and while I wish I could be chronicling a grand adventure, instead I need to focus on what’s around me. The same walks I always do, but also exploring the parks and trails a little further afield. Finding joy and adventure in these smaller journeys is something I’ve been trying to work on in these last 6 months, and I’m slowly getting better at it. I can’t wait to be back on a long-distance path somewhere out in the greater world, but in the meantime, I’ll continue to look for the beauty in my own backyard. Walking, any way you do it, however you do it, is good.

So that’s the update for the moment: new writing on Patreon, and stretching my legs wherever I can. Mourning, a bit, the end of summer, but keeping an open mind as to what this next season might bring. 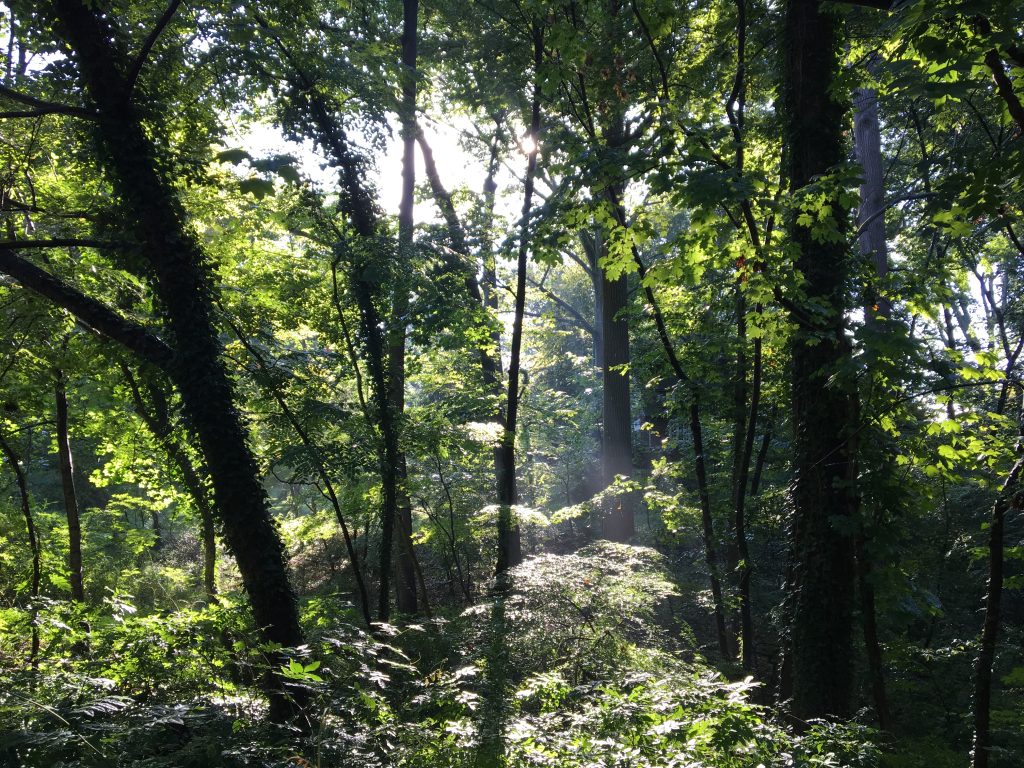 When I haven’t written in awhile, I like to begin a post with where I am, and what I’m doing. It centers me, it gives me a place to start. It sets the scene.

And while I wish I could be reporting in from some exotic place (or, Europe, which is still quite exotic in my mind), I’m where I usually am at this time of the year. Sitting at my kitchen table, the one that’s covered with a bright yellow table cloth. There’s a dill plant on the table that my mom gave me this past weekend (so if any of you have recipes you love that feature dill, I’d love for you to share them!). Playing on Spotify is Phoebe Bridgers’s album, Stranger in the Alps, and I’m eating some crackers and cheese and drinking a glass of seltzer with lime.

What else can I tell you? It’s 6:15pm and the sun is shining and it’s so nice to have these longer hours of daylight, and the approach of a warm spring. It’s been a slow approach, and not consistently warm yet, but I think those days are right around the corner. 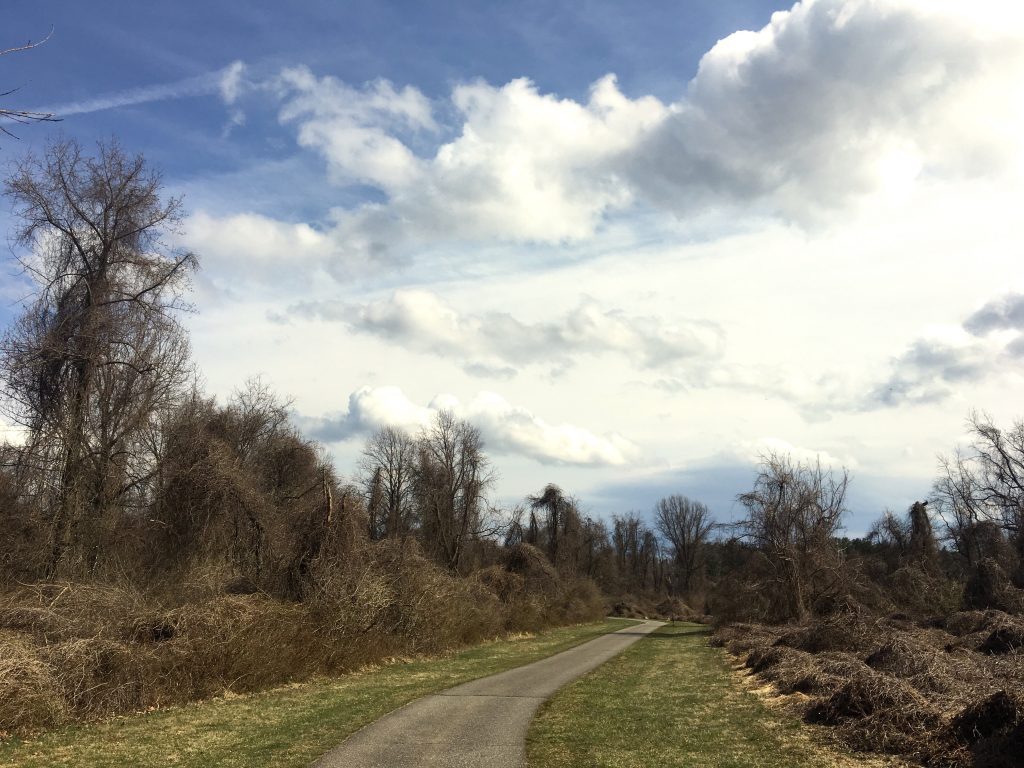 It feels as though so much is right around the corner, and that’s a good feeling. Two weeks ago I took a small trip to the mountains of Virginia, where I hiked and explored and did a little writing and took stock of the first three months of the year. And then I thought about what the focus of the next few months would be about, and all of a sudden it felt like time was moving quickly. Even though work is busy and my days feel full and I can’t wait until I head off to Europe in mid-June, I also want to slow time. Not the days, necessarily, but the years. I want to slow down the years.

Where am I heading with this? I don’t know. Today, a student I work with was telling me how much trouble she’s having about choosing between two colleges. “Why can’t someone just decide for me?” she said.

I looked at her. “Because it’s the first really big decision that you have to make on your own. It’s practice for life, in a way. Because actually, besides loss, I think that’s one of the hardest things about life. You have your one life, and you have to figure out what you’re going to do with it. You’ve got to make decisions about which direction to take and no one does it for you.”

She buried her head on the couch and I heard her muffled voice from under the pillow. “Why if I choose wrong? It’s so hard because I don’t get this time back. And I don’t want to waste it.”

We don’t get time back. Maybe this is one of the hardest things about life, too. I think about this a lot, with where I am in my life, with the things I want to do, with what I want for myself. I want to be doing exactly what I’m doing now: working with kids and living in my beautiful neighborhood and visiting my friends and family and traveling in the summers and writing in the evenings at my kitchen table. And, also, I want to live in a tiny attic apartment in Paris and buy a baguette every day from the corner boulangerie and write a novel. And, also, I want to be married and raise a child and buy a small home somewhere close to the woods and a lake. 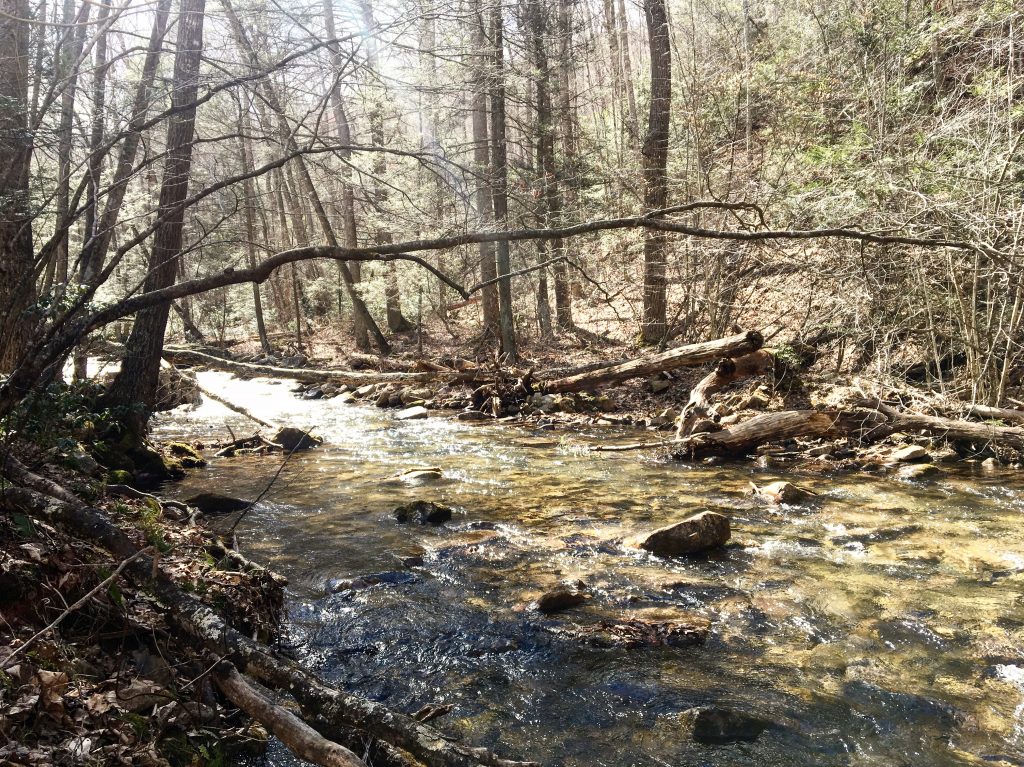 Sometimes it feels like to chose any one of these things means to give up another. Sometimes I think I have the time to do everything. Sometimes I worry that it’s already too late.

The years slide by, but to have this time at all is such a gift. What a beautiful thing, to get to make choices in my life. To be free, to have an education, a roof over my head and crackers and cheese on the table before me. To get to choose my direction, to have so many choices.

So, happy spring my friends, here’s to another season, the one that ushers in new life and growth. Let’s make our choices, and see where they take us. 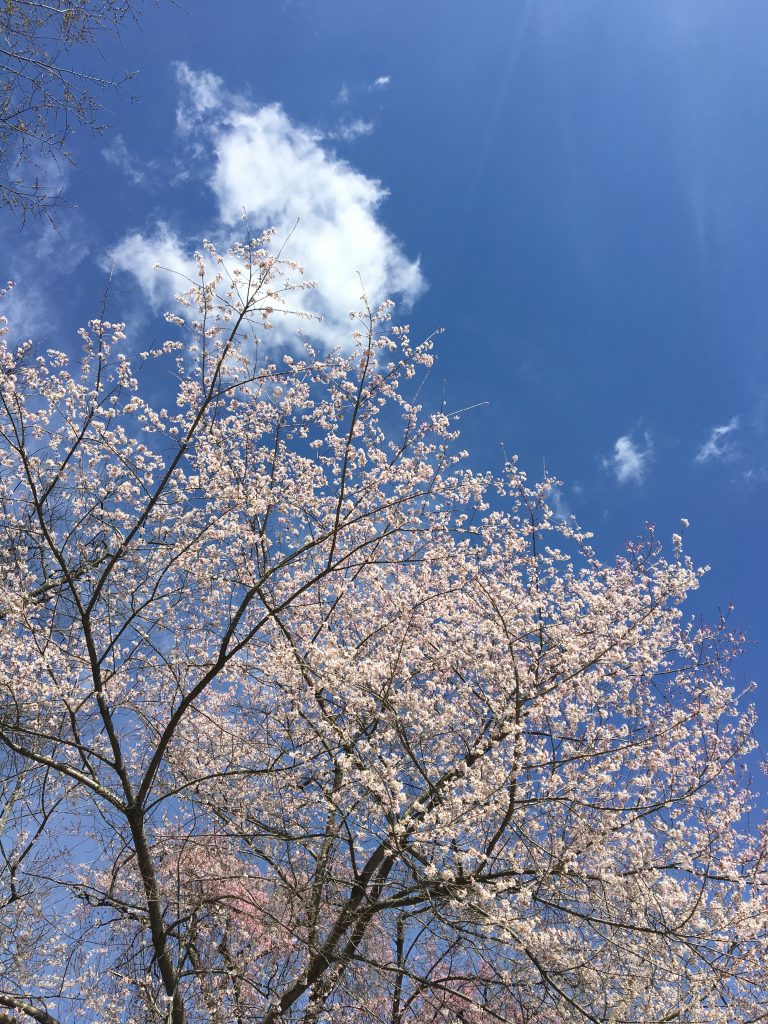