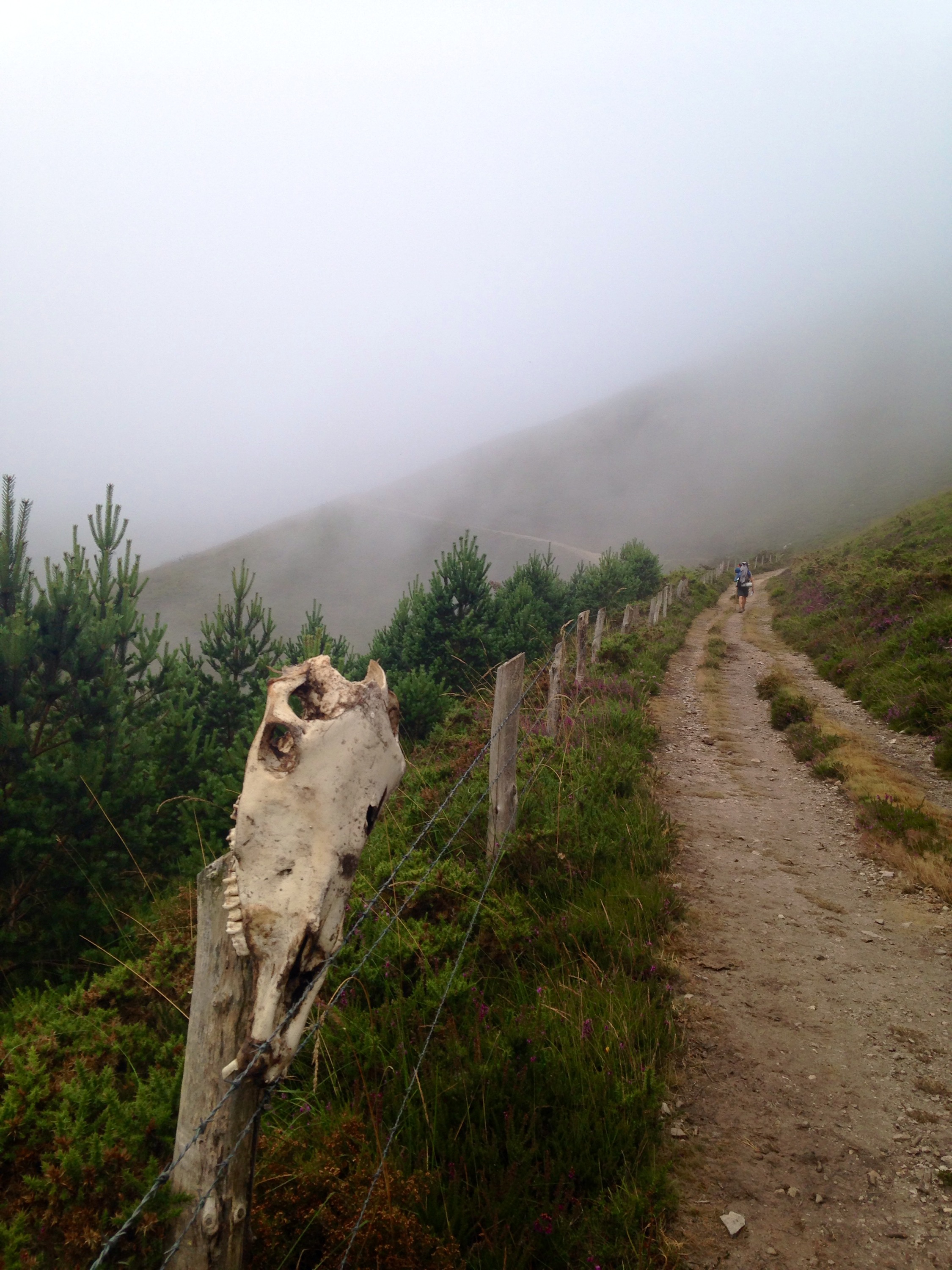 It’s 6:45am and I’m sitting in a bar in Grandas de Salime. A large cafe con leche was just delivered to my table, along with some tostada. Other pilgrims are outside- lots of them, but I tucked myself away in this bar to be alone. The scene this morning reminded me so completely of the Frances last year: everyone getting up around 5:30, heading out the door by 6:00, walking while it was still dark.I’m resisting it, just a bit. It’s crowded here and there’s a general sense of panic about getting a bed at the end of the day, so I worry that people are rushing through this, and it’s something I won’t do. I like walking fast and arriving at my destination early, but I also don’t want to pass up coffee stops and pausing to take photos or resting and chatting with other pilgrims. So I’m going to sit here and drink coffee and do some writing before starting the day, even though it means that I’m the very last to leave this town.

Anyone reading this who may have walked the Primitivo before might be thinking- why is she in Grandas? She shouldn’t be there yet, she’s a day early.

Yes, it’s true. Because yesterday I did a crazy thing. Yesterday was the Hospitales route, reported to be the most challenging day of any of the Caminos: a long route up and over a mountain and a big stretch without any resources. It’s also supposed to be the most beautiful route with outstanding views, and I was so excited for it.

I’ll get to the actual route in a minute, but for now, the crazy thing that I did: I walked the Hospitales, and then, along with three others, tacked on another day’s stage as well (and this was another challenging stage). My kilometers clocked in at 47 (I think about 27 or 28 miles), which is the longest day I’ve ever walked in my life.

We’ll see how I feel on my walk today (to be honest, maybe this is one reason it’s barely 7am and I’m sitting in a bar, not walking… I just need more of a rest).

But the day was pretty incredible, and as I walked I thought to myself: THIS is the kind of Camino day I’ve been needing.

It all happened by accident, or happenstance, or a combination of factors that came together in just the right way.

The Hospitales route was totally foggy as I walked; all week I’d been checking the weather on and off, hoping for a clear day, knowing that the views would be outstanding, if we could see them. I started walked at 6:00, in the dark, but knew that the skies were overcast and cloudy. The fog grew worse as I climbed up the mountain, and it reminded me of my very first day on this Camino, out of Irun: walking through a fog and only being able to see the path just in front of me. This day was better since there was no rain, but it still meant that I wouldn’t be able to see any of the sweeping mountain views that Hospitales is known for.

But the walk was still incredible: it was quiet and eerie and isolated and peaceful. There were some other pilgrims close by, a group of three that I’d met in the past few days, a French guy I’d briefly chatted with the day before. But mostly I felt alone because in the fog, you couldn’t see anyone even if they were close behind you or just ahead.

At one point I stopped during a steep climb, to sip some water, then continued on. Barely 20 feet away was the top of that ascent, and sitting on a rock was the French guy, Nicolas. It was incredible that I couldn’t see him until I was practically right next to him (his eyesight is bad, and he said that he almost got lost a few times. My guidebook warned against walking this route if it was foggy, but I’d say that unless your eyesight is REALLY bad, it’s difficult to lose the route).

During the descent the sun came out and I was treated with beautiful mountain views. I can only imagine what my previous few hours would have been like in clear weather; but as I’ve said with other things on the Camino: it’s a reason to come back.

Overall the walk wasn’t easy, but it also wasn’t quite as challenging as I expected. Maybe I had built it up too much in my mind, but I thought that last year’s Dragonte route on the Frances (an alternate route) was a bit harder- more up and down, and a longer stretch without services.

In any case, I arrived at the first bar of the day, in Lago, which was nearly 23 kilometers into the day. Sitting there was Nicolas, who had sped by me somewhere on the mountain. He’d started walking in Paris, so has been on the Camino for almost 3 months, but about a week ago had to unexpectedly fly from Oviedo to Paris to take care of some school stuff. He had been walking with a friend since Paris and the friend continued on the Camino while Nicolas was away; and now, Nicolas is trying to catch his friend, and is doing so by walking really long days (this becomes important, later in the story).

I joined him at a table and then we had a very “Camino” kind of experience: watching about a dozen pilgrims come walking up, some stopping at the bar for a drink, others passing by. We were soon joined by a bunch of people, including Guillemette, and a German guy named Moritz. During the conversation we talked about the day and how far we’d go; Nicolas was planning to go until at least Grandas, but possibly Castro, adding nearly 30 kilometers on to the day. We thought he was crazy (remember this, for later in the story).

But Guillemette, Moritz and I all agreed that the walk hadn’t been quite as bad as we’d imagined. In fact, we were all feeling pretty good. The next town with an albergue was just over 3 kilometers away and it was where I had been planning to stop for the day, but with how good I was feeling, I considered going another 4.5 further, to the next albergue. The others agreed; we’d see how we felt after the next 3.

As I walked, I felt so good. The Hospitales route had definitely been challenging but as I hiked up that mountain I felt really satisfied: my body was working hard but I could feel how strong I was. I arrived in Berducedo quickly (so quickly, that I suspect my guidebook might be wrong). I stopped in a small tienda to pick up a few supplies so I could make dinner in La Mesa (the next town with an albergue, 4 kilometers away), and then I walked on.

And during that walk, which was mostly flat and slightly downhill, I felt like I was flying. And just like that La Mesa appeared before me, and I’d felt like I’d arrived a bit too quickly. When I found the albergue, Nicolas, Guillemette and Moritz were sitting on the stoop, their shoes and socks off. They waved me over and announced that the albergue didn’t open until 6.

The albergue was in a town that had nothing: no restaurant, no shops, no bars.

Nicolas looked at me. “So that’s three hours. You could sit here and wait, or you could continue walking.”

I looked to the others. Nicolas and Moritz were grinning. “You’re both going to Grandas?” I asked. They nodded.

I then looked at Guillemette. “I’m thinking about it,” she said.

I sat down and took off my socks and shoes, pulled some bread and ham from my pack, and opened my guidebook. Grandas de Salime was another 15 kilometers away. If the walking were flat, that would be one thing; but as it was my guidebook warned of the long, 6km descent that could “devour tired knees”. It was marked as another very difficult stage, and I had already walked over 30 kilometers.

But as ever, I thought about what I was here to do: to follow my feelings, whatever they happen to be. To be open to the experiences presented to me here. And sitting around me were three people who wanted me to come with them to Grandas. One I’d known for several weeks, one I’d met the day before, one I’d met only a few hours before. The day was beautiful and I felt strong… I felt like moving.

I started to put on my socks and shoes and Nicolas looked at me. “You’re coming to Grandas?”

“I am.” Everyone cheered and we all stood up, refilled our water bottles, and pulled our packs on.

The next 7 kilometers were amazing. The day had cleared up completely and we walked up and over a mountain, passing a line of wind mills and descending down a forested path towards the Rio Navia, a dammed river with water so blue that it sparkled in the sunshine. The descent was actually fine for me, and not difficult like I thought it might be. We’d spread out on the walk but at the bottom of the descent we gathered together for a break and then continued walking. We marveled at the river and stopped again at a hotel with a bar, finding seats on the outdoor terrace. We turned our chairs so we were facing the mountains and the river, we sipped on our beers and took off our socks and shoes.

“It would be so easy to stay here,” I said. The others nodded, but we continued on for the last 6 kilometers. Those were tough, and I was tired- really tired- as we approached Grandas.

We hobbled into the city just before 8pm; it had been a 14-hour day of walking. The hospitalera had stepped out from the albergue and left a note saying that the beds were full but there were 10 mattresses available. Just after we arrived a large group of Spanish people walked in (looking fresh and clean, I’m not sure where they came from but it couldn’t have been far). We were all able to claim the last available spaces in the albergue, so it was full with 40 pilgrims. Our mattresses were lined up like sardines in the dining area; the tables and chairs were pushed back so we could have enough room.

Our day ended with a big and satisfying meal in a nearby restaurant; the hospitalera told us that we could stay out as late as we wanted, that we didn’t have to rush back for 10pm (the time most albergues close).

For some reason, this day was just what I needed. I’ve written about this a lot already, but it’s on my mind nearly every day: how often things change on this Camino. I’ve met so many great people but they are always changing. And except for a great visit with an old friend in Oviedo, my last 10 days have been spent either alone, or with a very new group of people. To have traveled with this little group yesterday, a new Camino family, I realized it’s exactly what I wanted. Like everything else here, I don’t think it will last for long, but for now it is just right. And we had an adventure together, over dinner we held up our wine glasses and toasted our victory over the day. 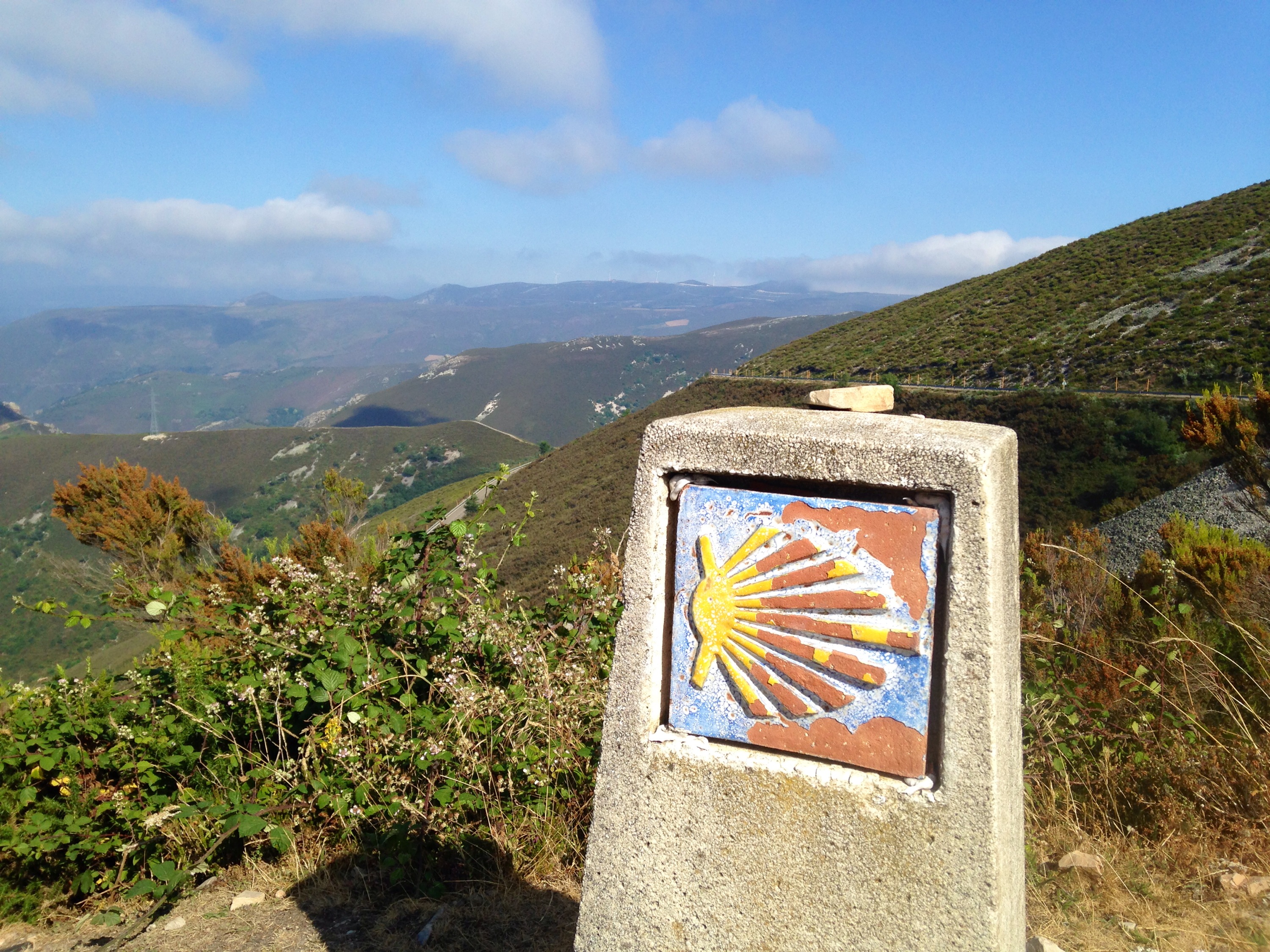 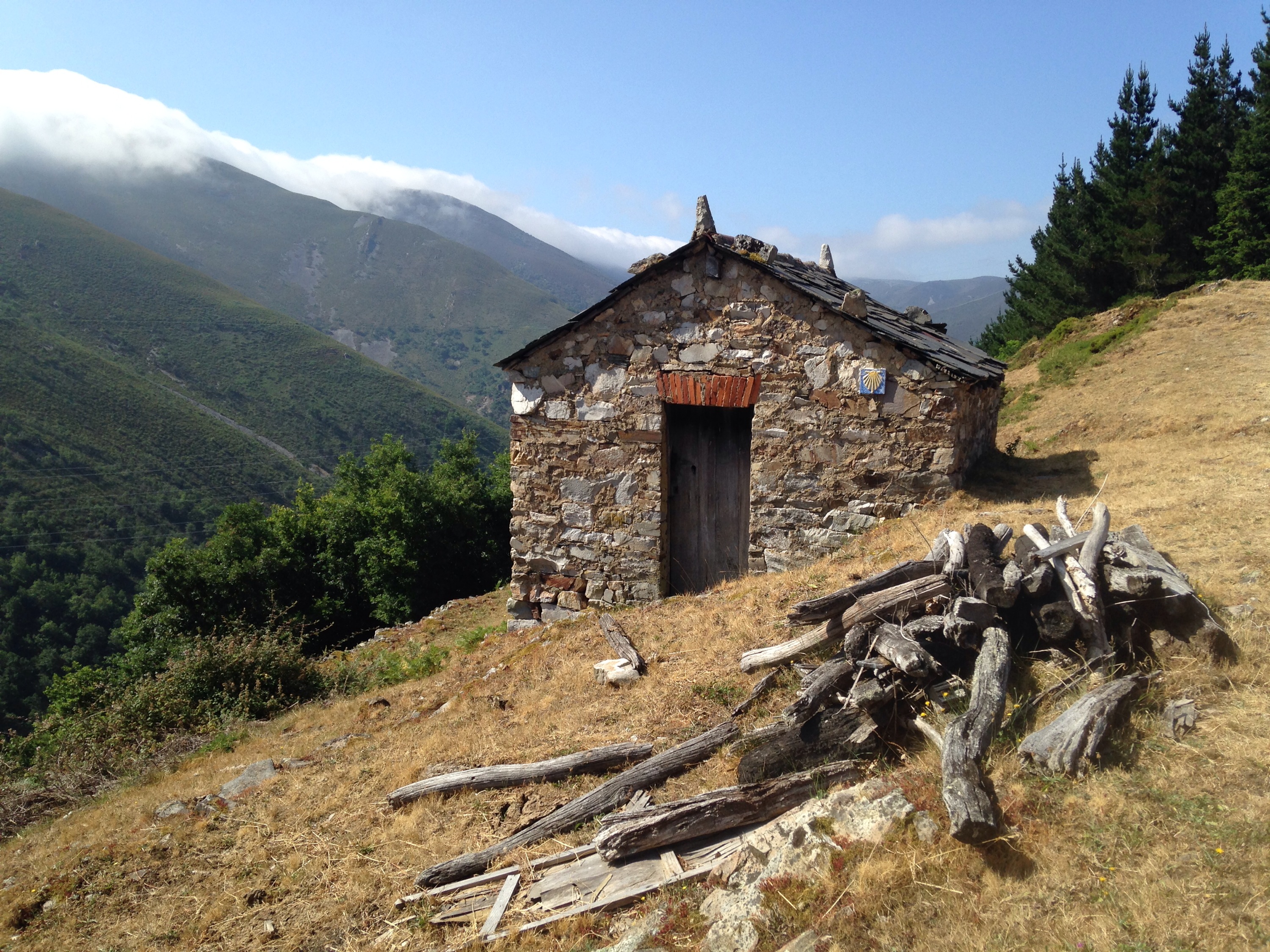 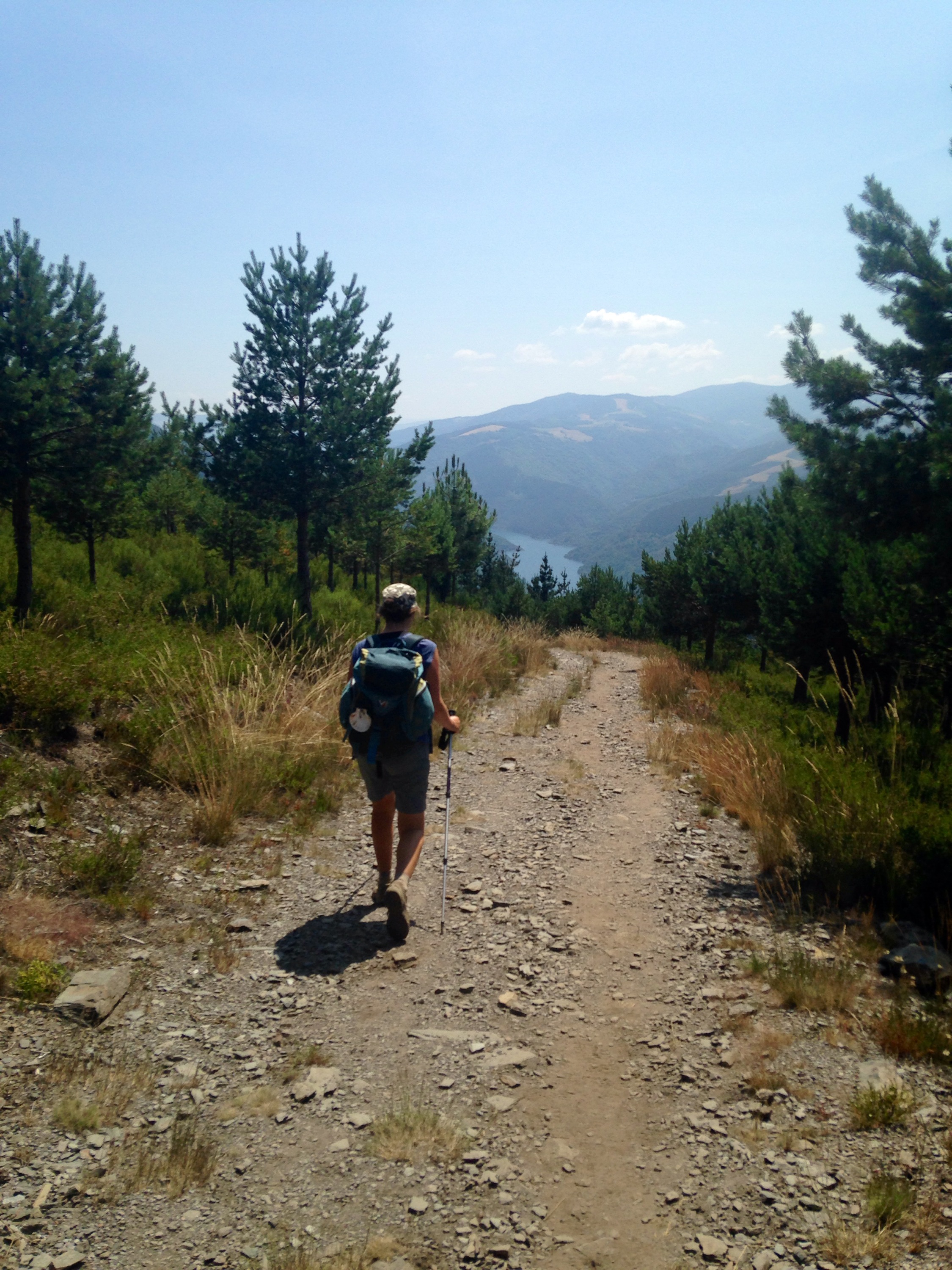 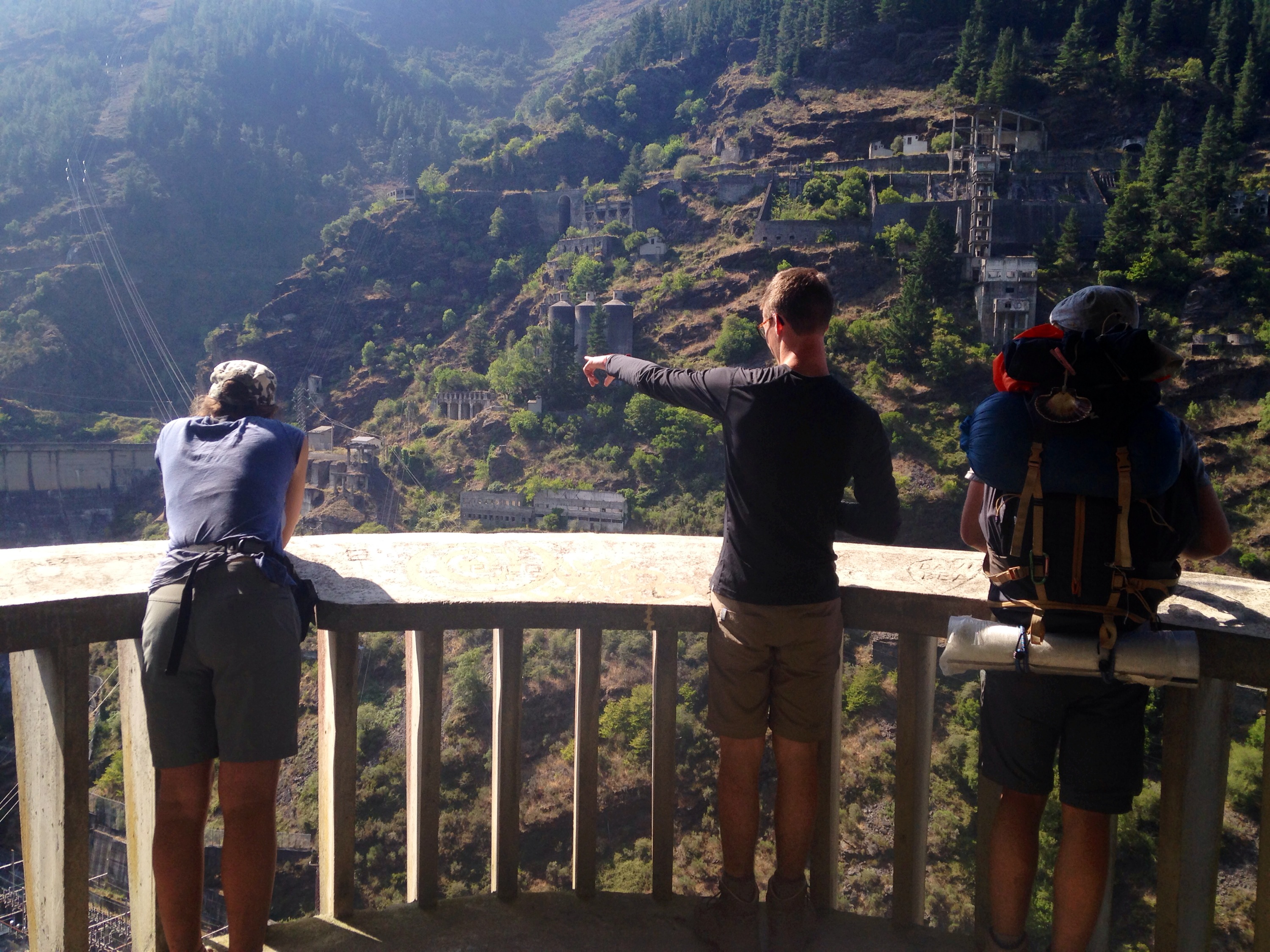 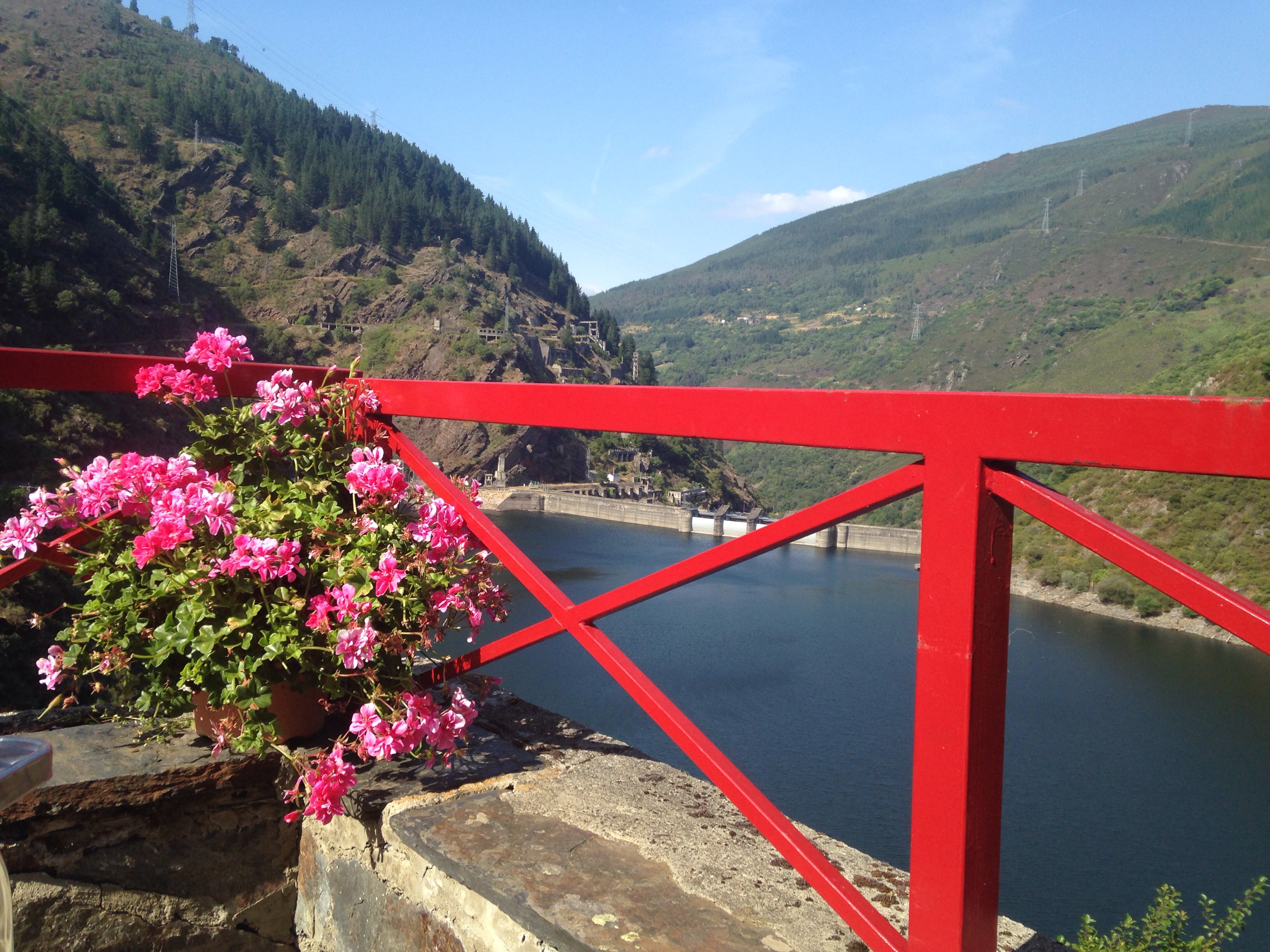 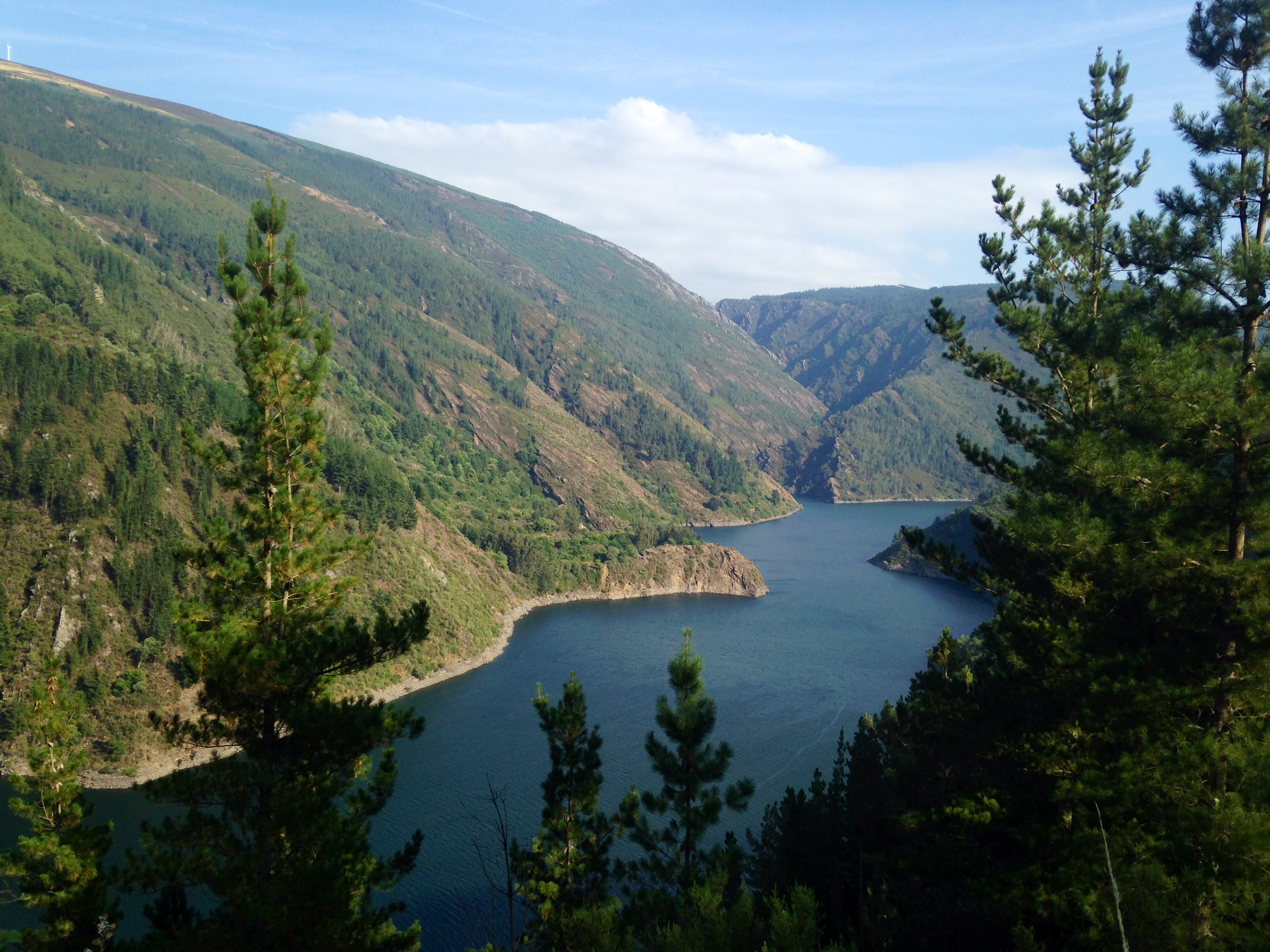