My first order of business- after arriving on Cumberland Island and setting up camp- was to explore my surroundings. Sea Camp (where I was staying) was at the southern end of the island; only a quick boardwalk stroll away from the beach, and about a mile and a half from the ruins of Dungeness, the old Carnegie estate.

The known history of Cumberland Island stretches back about 4,000 years ago, to indigenous peoples, the Native American Timucua group, Spanish missionaries, French pirates, English generals, Revolutionary War heroes. In the late 19th century, Thomas and Lucy Carnegie bought land on Cumberland Island (and eventually the Carnegie’s owned up to 90% of the island); they built a 59-room mansion called Dungeness, and later Lucy had other estates built for her children. The Carnegies left the island after the Great Depression and everything sat, abandoned and empty, for years. Dungeness burned in the 50’s, leaving only structural remains behind.

Dungeness was my destination for the day, and I planned a wide loop from my campsite: a walk on the beach to get down and over to Dungeness, and then a walk back up to the campsite on one of the many trails that ran through the island. During our ranger talk that morning, we were told that the loop from the Sea Camp dock, to the beach, to Dungeness and back was about 4-miles. By the day’s end, somehow, I had ended up walking 14 miles (and this would be a theme for me on Cumberland Island… I was seriously doubting the distances on their maps).

But did it matter that I walked much more than anticipated? On a place like Cumberland Island, walking around was one of the easiest things to do. The paths are all hard packed sand and just about totally flat. The weather for my three days on the island climbed from mid-60’s to mid-70’s and was nothing but sunny. If I walked on the trails, I was nearly always under the shade of the live oak trees, and if I walked on the beach, I was nearly always graced with a pleasant and cooling wind. 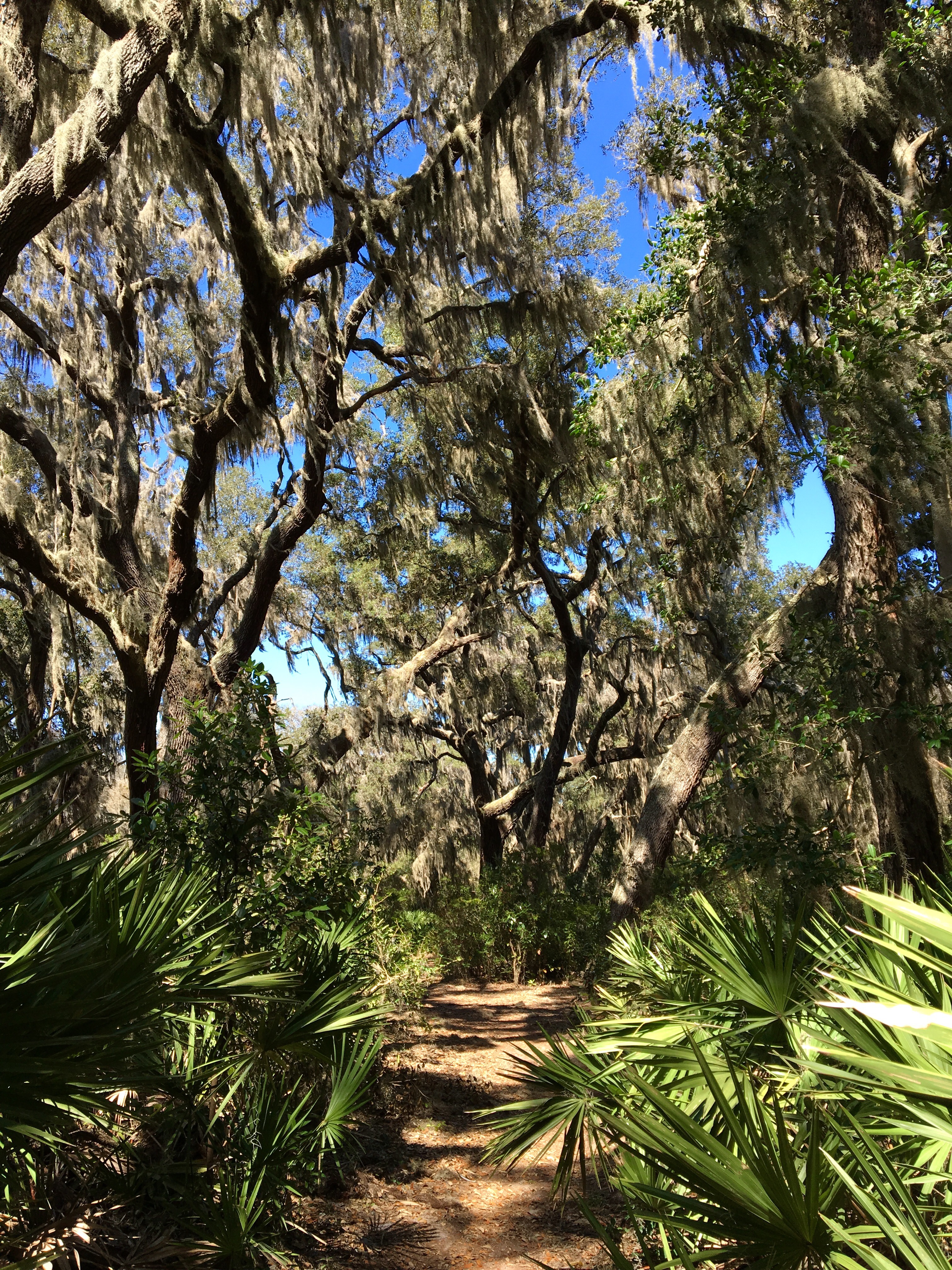 So I found myself wandering here and there, back and forth, exploring every nook and cranny.

And by the time I got to Dungeness, I was enthralled. Wild horses were everywhere: slow moving or standing still, in small packs of twos or threes. They stretched in a line across the great lawn of Dungeness, and it was an eerie and surreal sight: a water-less fountain, chimneys climbing to nowhere, the only thing that seemed alive were these horses, appearing and disappearing before my eyes. 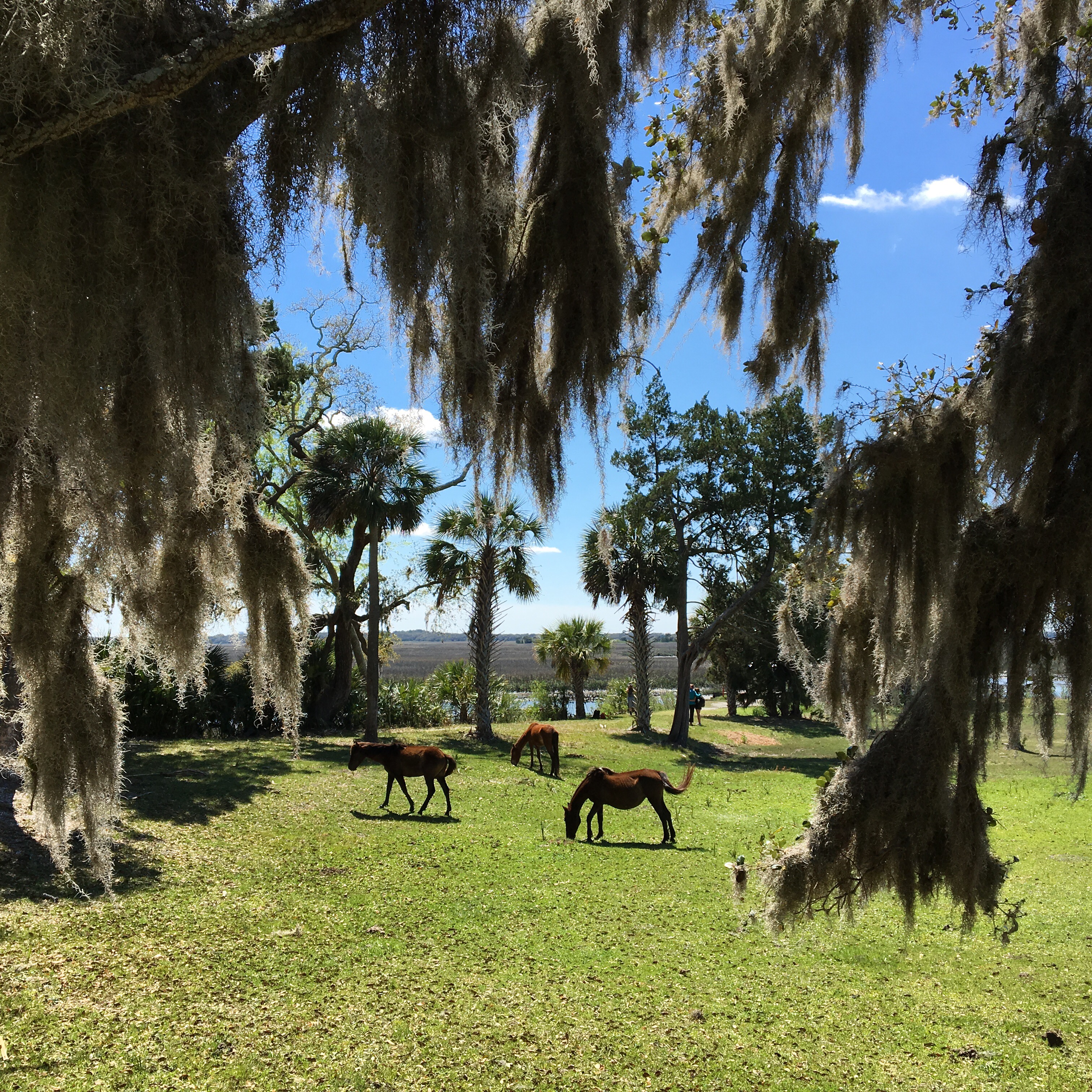 There were other people here, too, but not many: I’d read that only 300 people were permitted on Cumberland Island per day. This added to the serenity and deserted feel of the island; while more people were concentrated at the ruins and on the beach near the dune crossings, it never felt crowded or crazy or loud. There were no vendors, no tourist gimmicks, no large tour groups. Instead, it felt like I had somehow gained access to a place that not many people knew about, that not many people could get to. 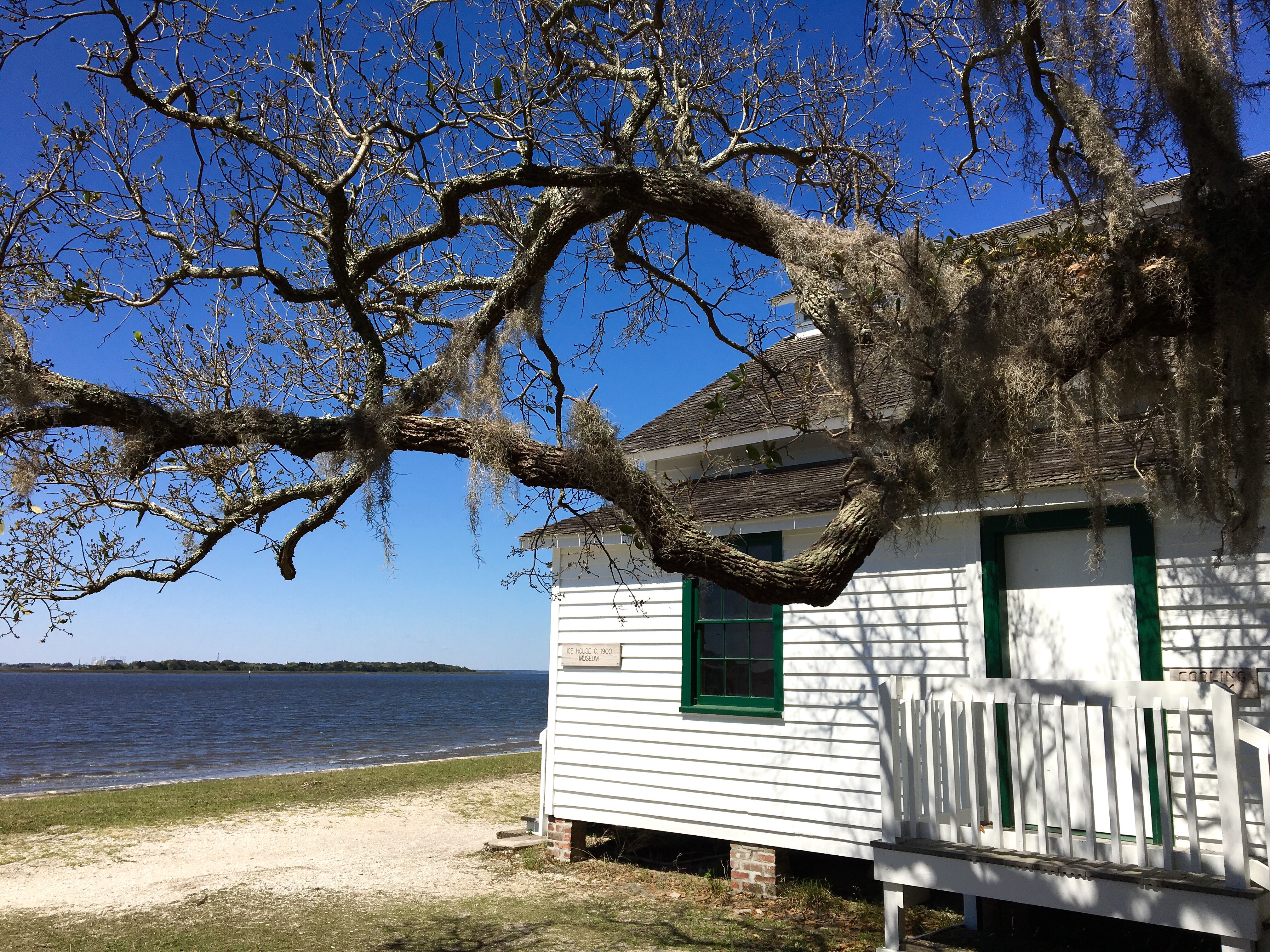 And for a long time, this was the case on Cumberland Island. The Carnegies owned much of the island until the 1950’s, when they had the National Park Service come to check out the land. Over the next 20 years, there was some back and forth with plans for the island: efforts to designate it as a national seashore, then the interest of a developer, then another push to protect the land and keep it largely undeveloped. In the 70’s, the Carnegies sold it to the federal government and the National Parks Service, though there was a deal that allowed any living member of the Carnegie family in the 1970’s to retain their rights to the island through their lifetime. So now, the descendants of Andrew and Lucy Carnegie are still there (at least from time to time), and the island is also open to the public, but it remains a place of solitude, even wilderness.

And that was apparent with nearly every step I took- worn, wooden signs pointing towards crumbling cemeteries, armadillos scurried through the palmettos, miles and miles of sand and ocean without another soul in sight. 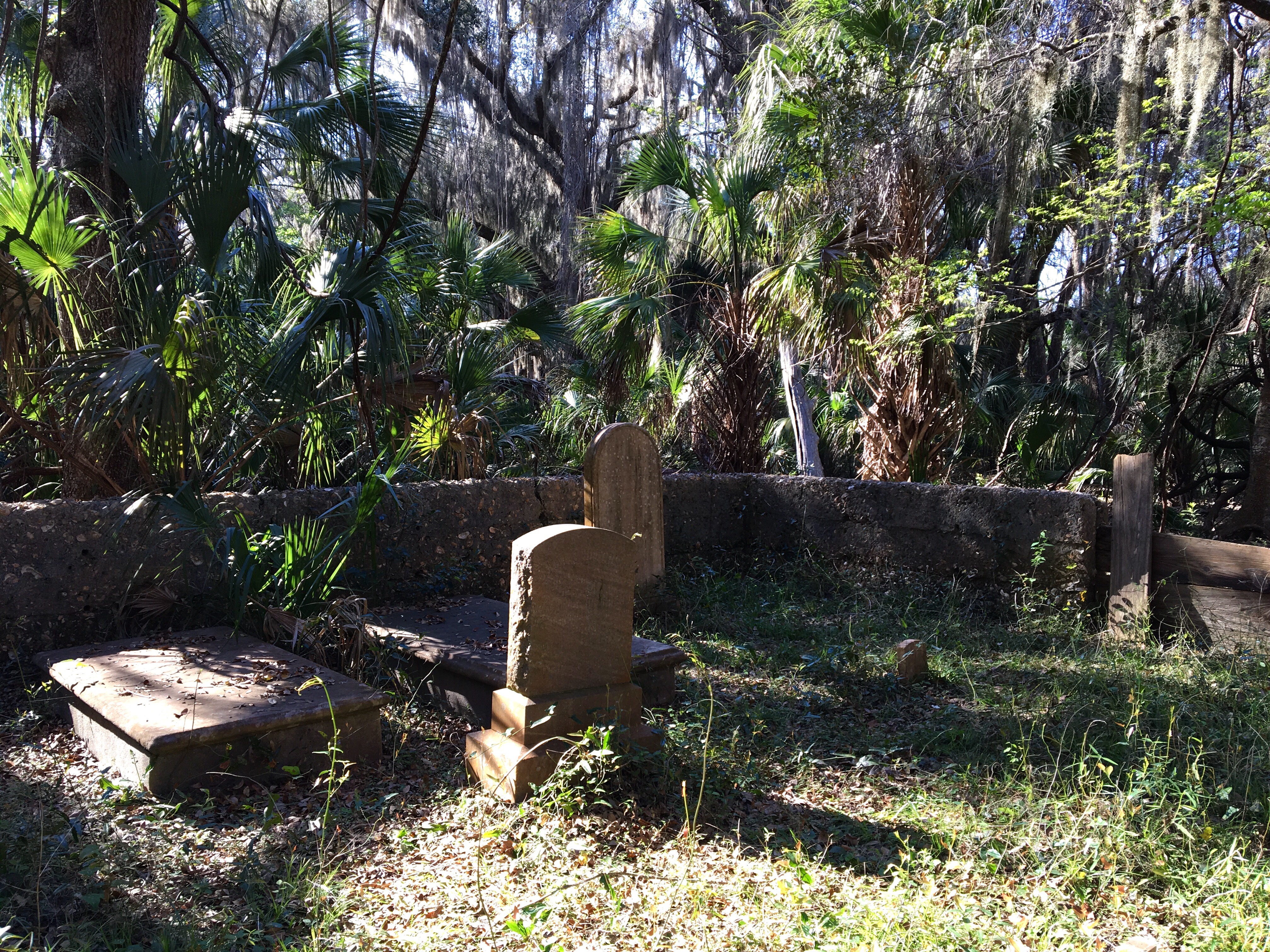 My day frittered away like this: crossing back and forth over the dunes, looking out over saltwater marshes, collecting firewood as I walked down a trail. When I’d first arrived and set up my campsite, I thought to myself, “The only limit on my time is the setting sun. I have all day to go anywhere, to do anything.” In a way, I had experienced this on the Camino de Santiago: time slowed there, and simplified. Here, too, there was a simplicity. Time didn’t matter so much, there was no schedule, there was no inside versus outside.

But to be honest, at first, the “no inside” thing was hard. That entire first evening, after exploring the island and returning to my campsite, I felt a little restless and off. My nerves returned: I worried that something would go wrong with my stove, that I would be cold at night (already, the early evening temperatures were down in the 50’s), that a wild horse would storm through my camp.

My stove worked fine (I’d bought a Jetboil Flash and it worked like a dream. My blogging friend Drew wrote up a great review, and just maybe it was his words that sold me on this particular model), the tip of my nose was cold while I slept, but my sleeping bag and sleeping pad and clothing layers all did the trick, quite nicely. And while I slept fitfully all night- tossing and turning and trying to find a comfortable position- as far as I knew, no animals had barged their way into my campsite.

I woke up early and wandered down to the beach just in time to see the sunrise, and I stood alone, no one in sight for miles, and watched as the sun peeked over the tip of the ocean, far off on the horizon. I thought about my first day and night of camping. They had been, for all accounts, a success. And as I watched the golden morning light shimmering over the water, I wondered what my second day would bring. 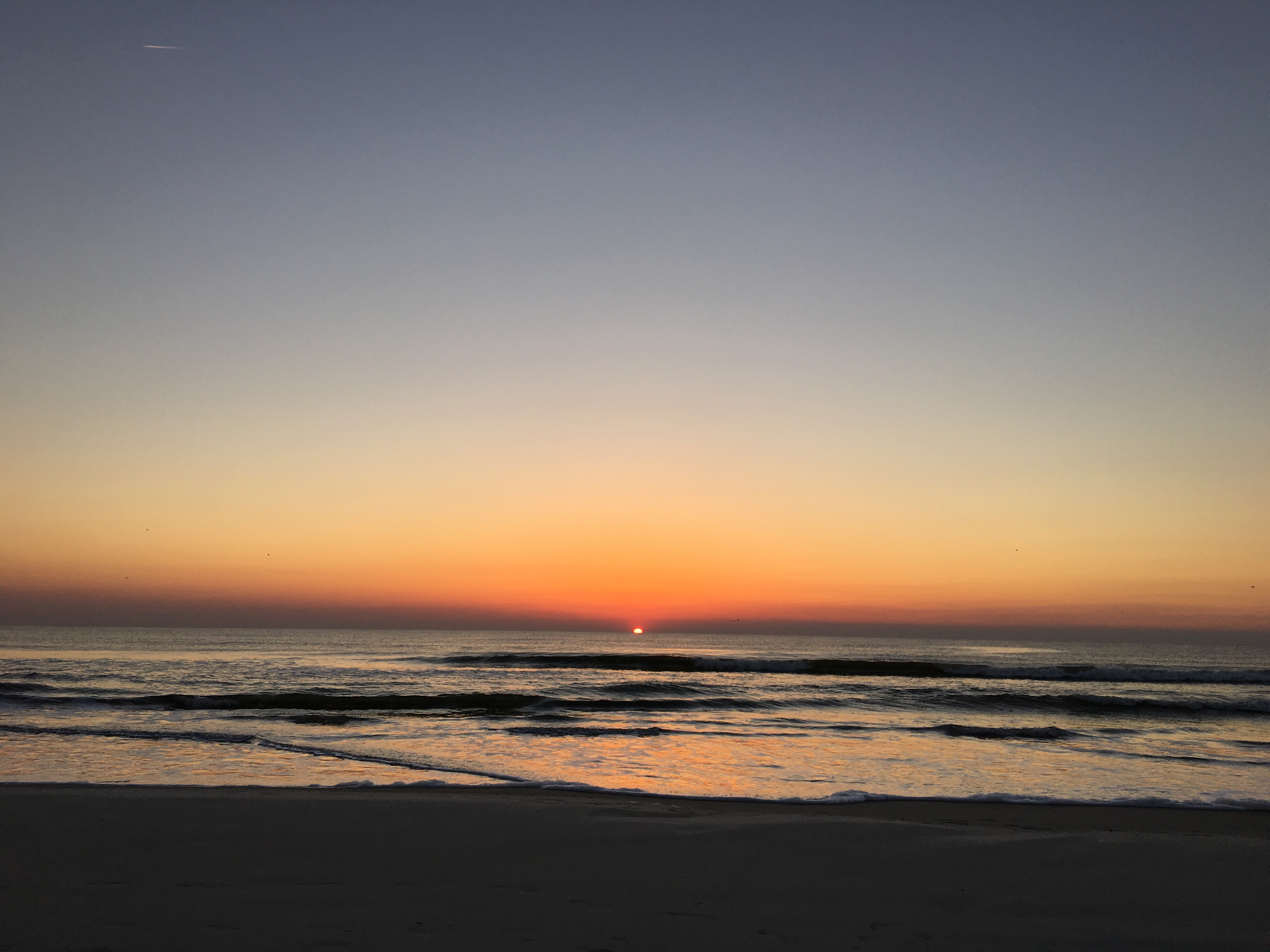 Warning: Illegal string offset 'count' in /home/nadinewa/public_html/wp-content/plugins/instagram-slider-widget/includes/class-wis_instagram_slider.php on line 1060
No images found!
Try some other hashtag or username