I think there was a ghost in the monastery last night- and I don’t say that lightly. Really, I’m wondering. I was sleeping in what is basically an abandoned 11th century monastery (Albergue del monasterio de San Salvador)- there are rooms for pilgrims but the hospitaleros leave for the night to sleep somewhere else. There are no monks, no one- just the pilgrims who happened to walk there that day. I fell asleep quickly- there was one other pilgrim in my room and she was tending to her blistered feet and I thought I wouldn’t be able to fall asleep until she was done and the lights were off but as soon as my head hit the pillow I was out. Out, until hours later when a really loud noise woke me up. It was like crashing or banging, there was one sound, then another… a little later another. So loud, so jolting.

The sound wasn’t in my room but I couldn’t tell where it was coming from. Not the room behind me, where Mer was sleeping, but maybe the room further down the corridor, where André was? But it sounded like it was coming from somewhere above, which made me wonder- what, exactly, was up there making that sound? 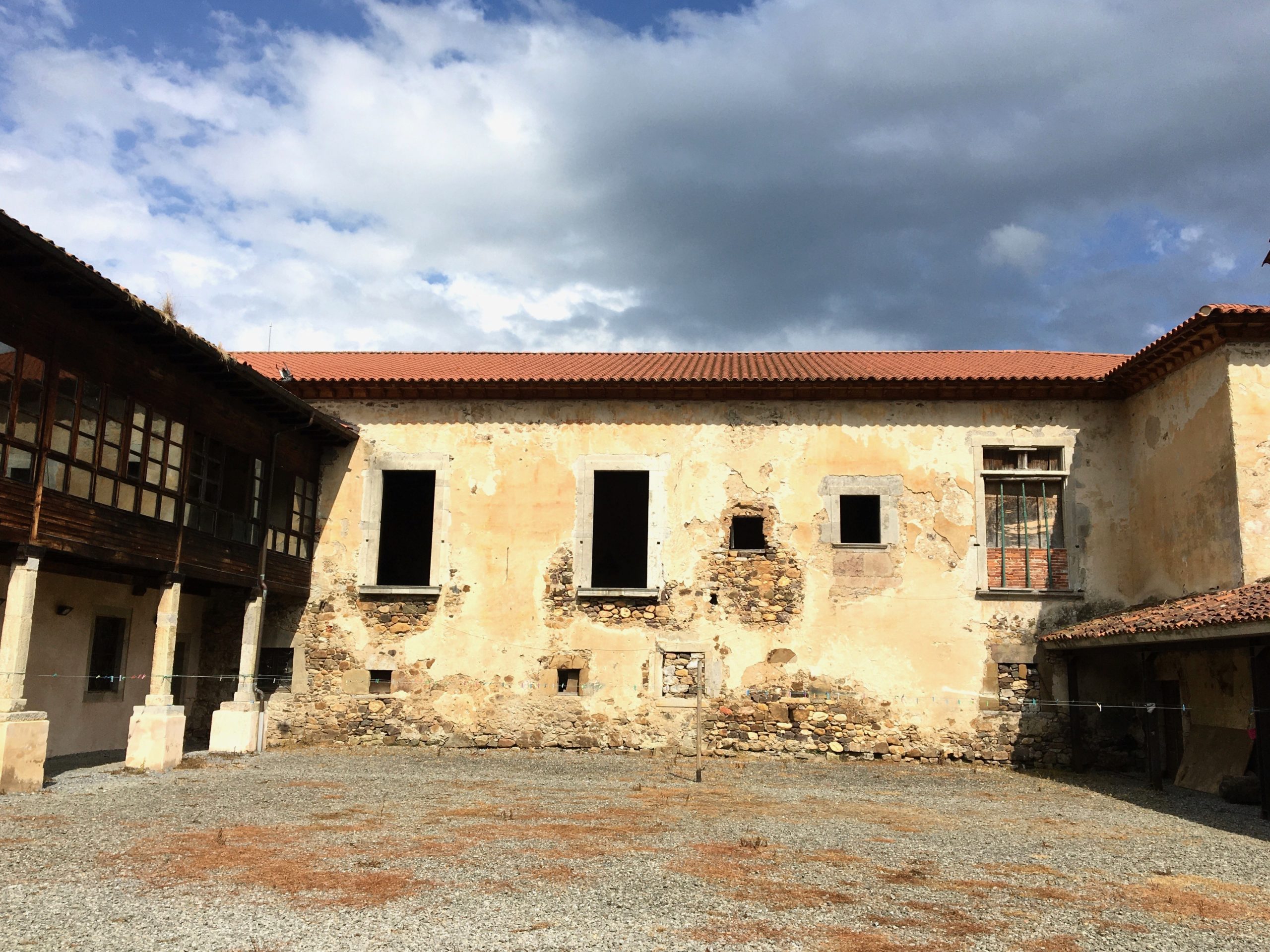 I was spooked. Like- I wasn’t going to get out of bed for anything. And it was then, wide awake in the middle of the night that I remembered reading about a possible ghost encounter here, so the next day, in the middle of my walk when I couldn’t shake the strange feeling I’d had the night before, I searched on the Camino forum and found the post and it was indeed a ghost experience at the albergue in Cornellana. Here’s the excerpt of the post (and here’s the link to the thread in the forum):

“CORNELLANA: well, this is one of its kind. We went there upon the recommendation of a fellow pilgrim. Also, I like monasteries, so I stay there whenever I can. The building has character, dorms are beautiful and clean, there is a nice historical feel to the place, the kitchen is big and very well equipped… the only catch is that the monastery is actually derelict and abandoned. Not even the hospitalero sleeps there. It just happened that that night my partner and I were the only two pilgrims to check in. Initially we thought that was great news: a little peace at last! No snoring As time passed, our mood changed from excited to uneasy… to uncomfortable… to get me out of here! We were woken up by unusual noises during the night coming from upstairs, where the monks used to live. Several times. The next day, I shared my experience with the hospitalera at the next albergue where we stopped, and she told me this is not the first time she’s heard of unusual things happening in Cornellana. She told me a few stories that sent chills to my spine. Bottom line: if you are a solo pilgrim, please consider staying somewhere else, unless you are seeking a paranormal experience (which, by the way, is not guaranteed. Many people stayed in Cornellana and felt/heard nothing, so I was told). If you are with friends, know that you may have a peaceful night or an unusual night, and make your choice. The albergue itself is very well kept, with a beautiful courtyard where you can chill and dry your clothes.”

This description from a past pilgrim matched pretty well with what I experienced, plus, when I asked the three other pilgrims staying with me about it, they all said that they hadn’t heard a thing! Hmm… my first Camino ghost, trying to tell me not to walk so far, and to take care of my feet??

So day two started off with spooky thoughts but settled into a pleasant day: 20 kilometers to La Espina, through a mostly forested path. I stopped for a coffee in Salas but everything seemed closed; I met an elderly man who wanted to talk about my pilgrimage but I couldn’t understand him, finally he said- “Can you speak French?” Why yes, yes I can! He was so happy and gave me the name of a place for the best coffee in town and I’d like to believe that it was. I sat there for a long time, savoring the coffee and the bocadillo, listening to the locals at the tables around me. Everyone seemed to know each other, coming and going, throwing back their coffee, gossiping (I like to imagine) about the happenings around town. 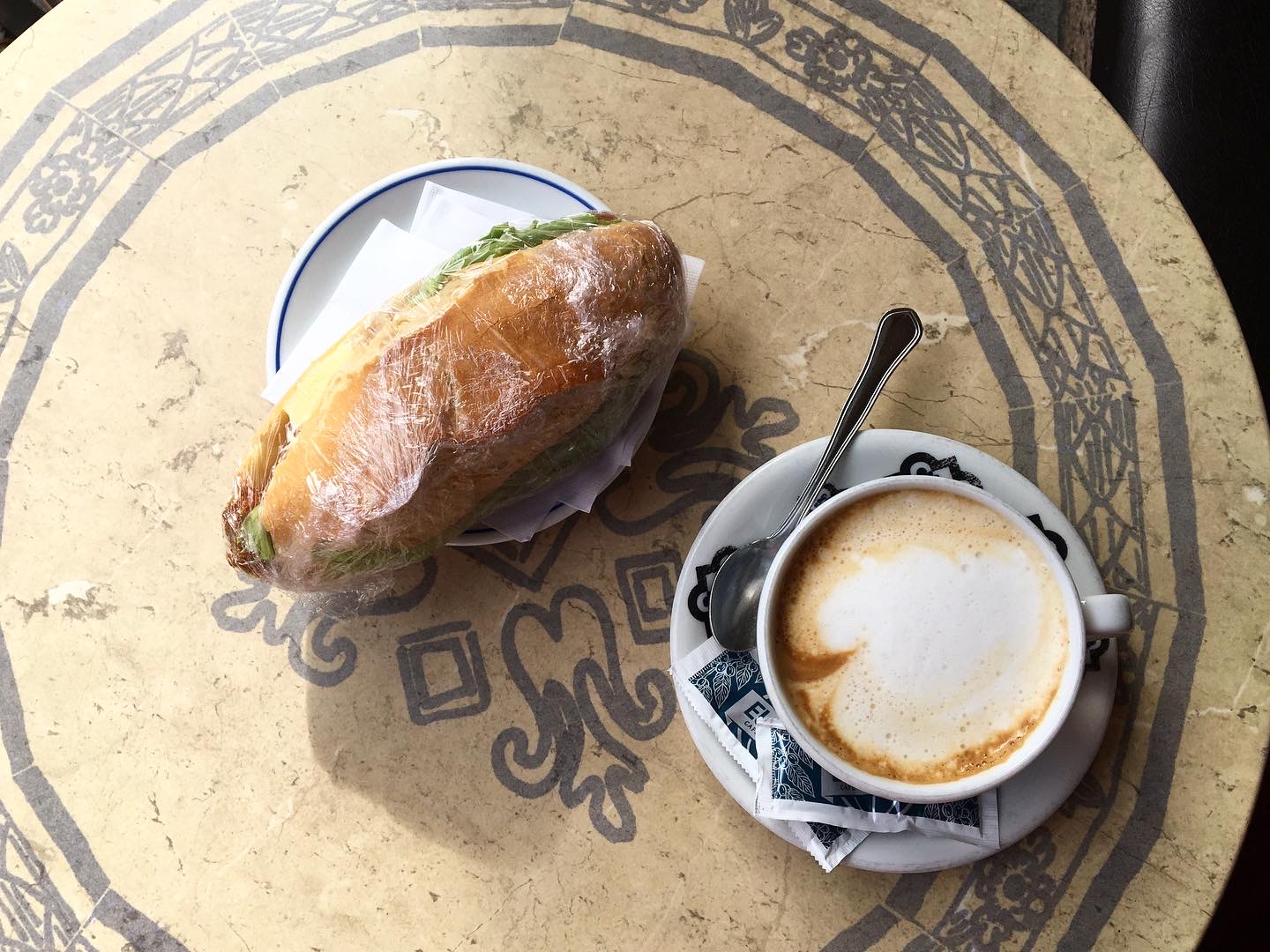 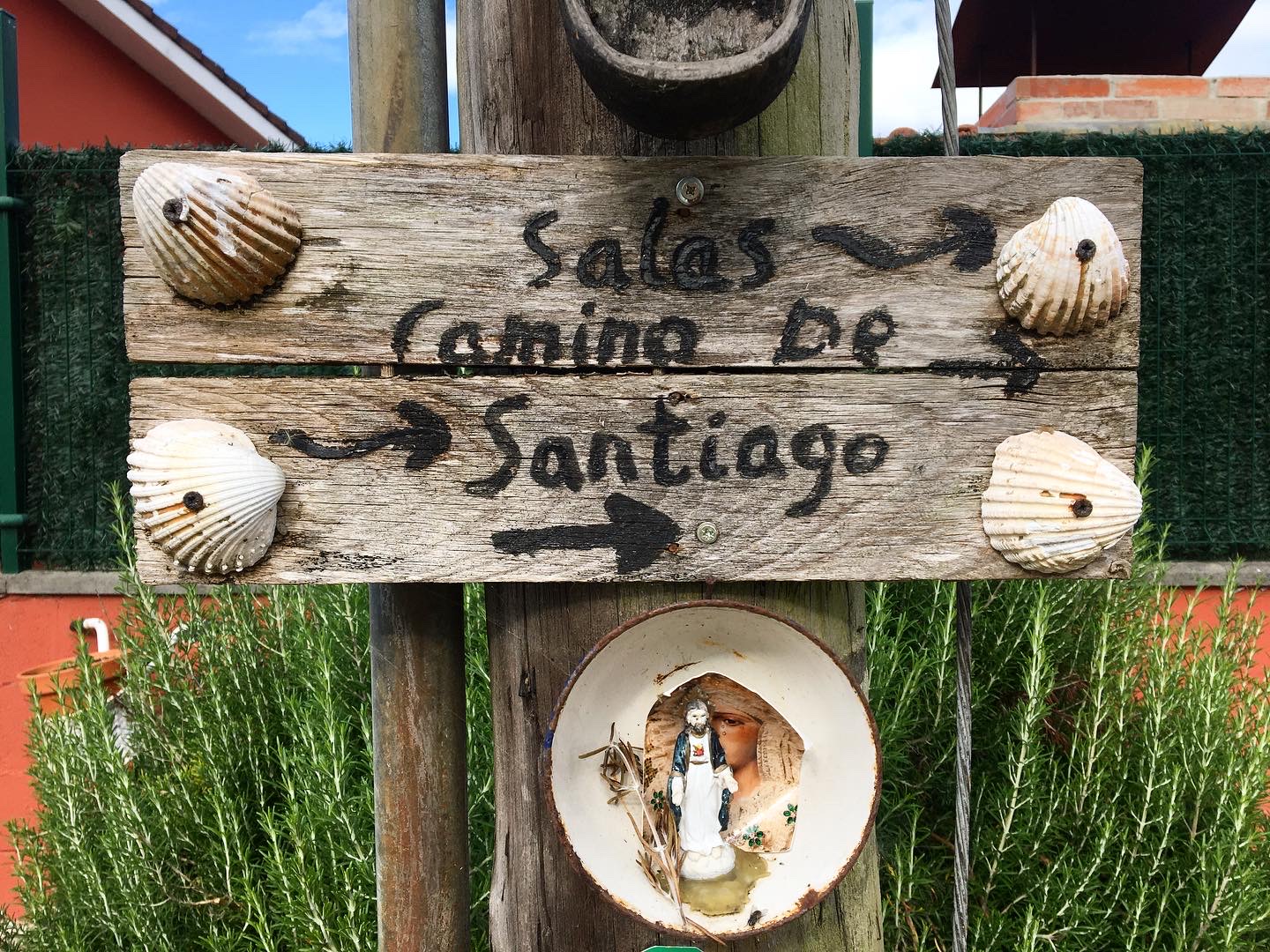 My pack still feels heavy but a little less heavy by the afternoon so maybe I’m starting to adjust? I’m staying in a great little albergue run by an Italian couple who took over right as COVID started (Albergue El Texu). But they’re navigating it all with the best attitude, and also the best food: a three course homemade dinner with ingredients from their garden (plus really, really good bread). We started with a vegetable soup that was followed by tuna steak and risotto, finished with big slices of chocolate cake and cups of espresso.

I met more pilgrims, different pilgrims, just four of us again tonight (and I get my own room!). Two friends from Spain- Bryan and Edgar, and a solo pilgrim from Austria- Karl, and we talked through dinner and into dessert and I mostly listened, but all the while continue to just marvel over how quickly connections can be made here. I’d arrived at the albergue before anyone else, and had been tucked away in my room when the others arrived and for some reason I felt a little nervous and shy to go downstairs to introduce myself. But all it takes is a few hours around the dinner table, a shared bottle of wine, stories from the day and glimpses into each others’ lives and how we got here and suddenly it was as though I had three new friends. We stayed up late- far too late for pilgrims- but I didn’t mind. I wanted to soak it all in: the walking, the clouds and the trees and the wind, the coffee stops and the locals in the villages and the new friends in the albergues. Soak it all in so I could carry it with me. 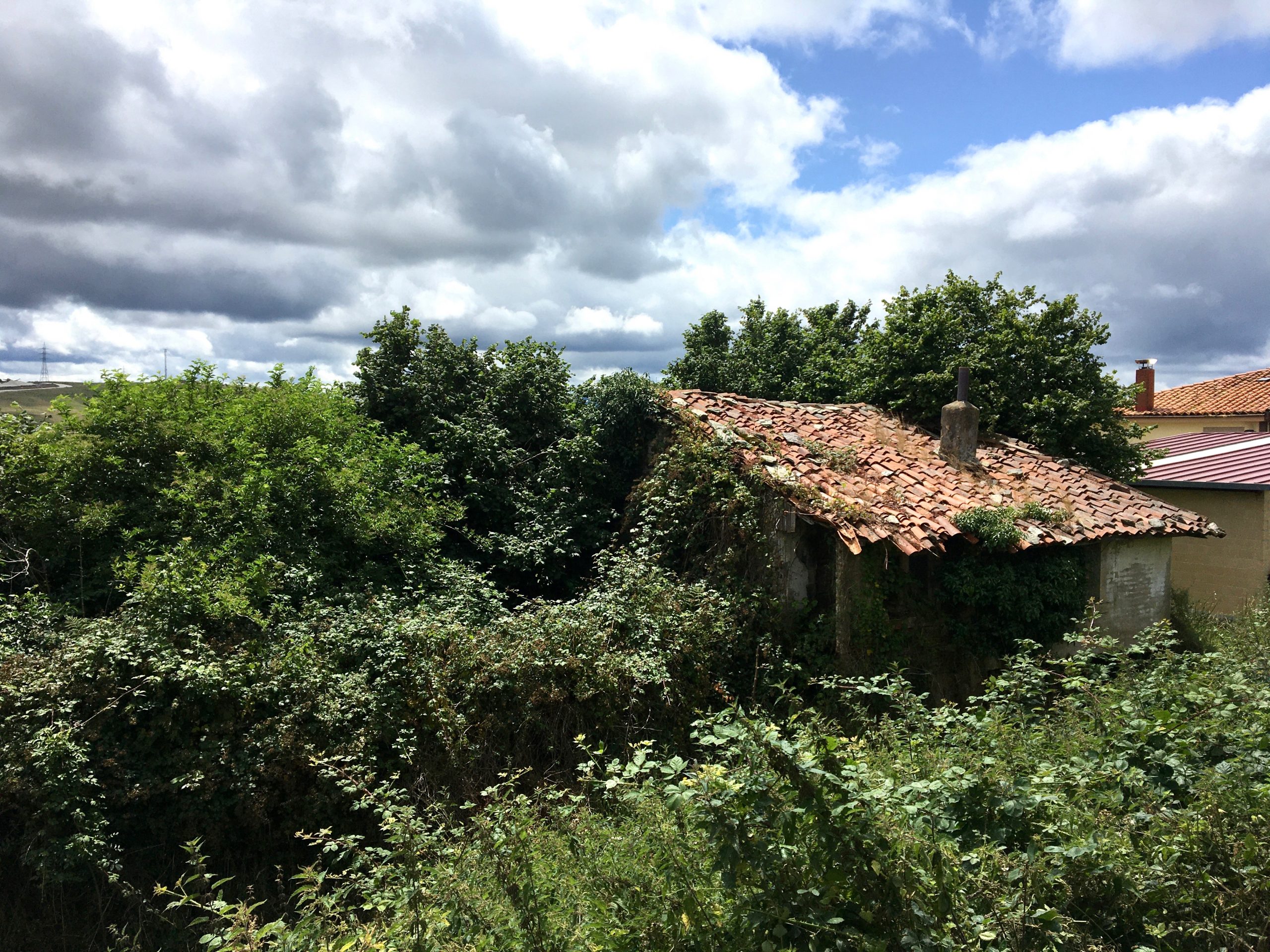 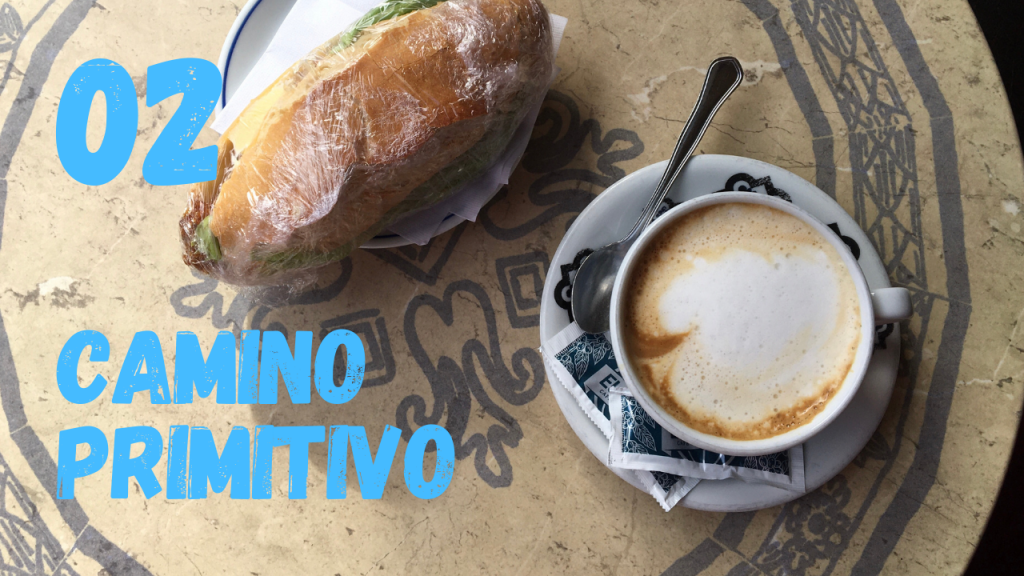