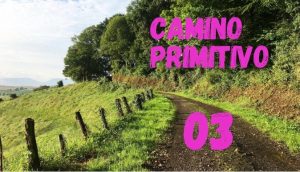 I’m settling in, I think. I walked about 28km today and felt good, though I’m tired now (almost 7pm and waiting for dinner) The weather today was almost cool, and I needed to put on my fleece every time I stopped for a break. But I’ve moved into the countryside, full of rolling hills and green forest tunnels and cows and horses and wildflowers. There was road walking, too, there almost always is, but as long as it’s not all day I really don’t mind. I think of this stage as the one where the Primitivo starts to get really, really beautiful. Particularly on the stretch just outside of Tineo, as you move slowly up to a ridge that overlooks a green valley, with views that stretch on and on. It’s just a taste of what is to come! Plus, somewhere in this section, I found a suitable walking stick, which is always a cause for celebration. A Camino is not complete until I’ve found a walking stick! 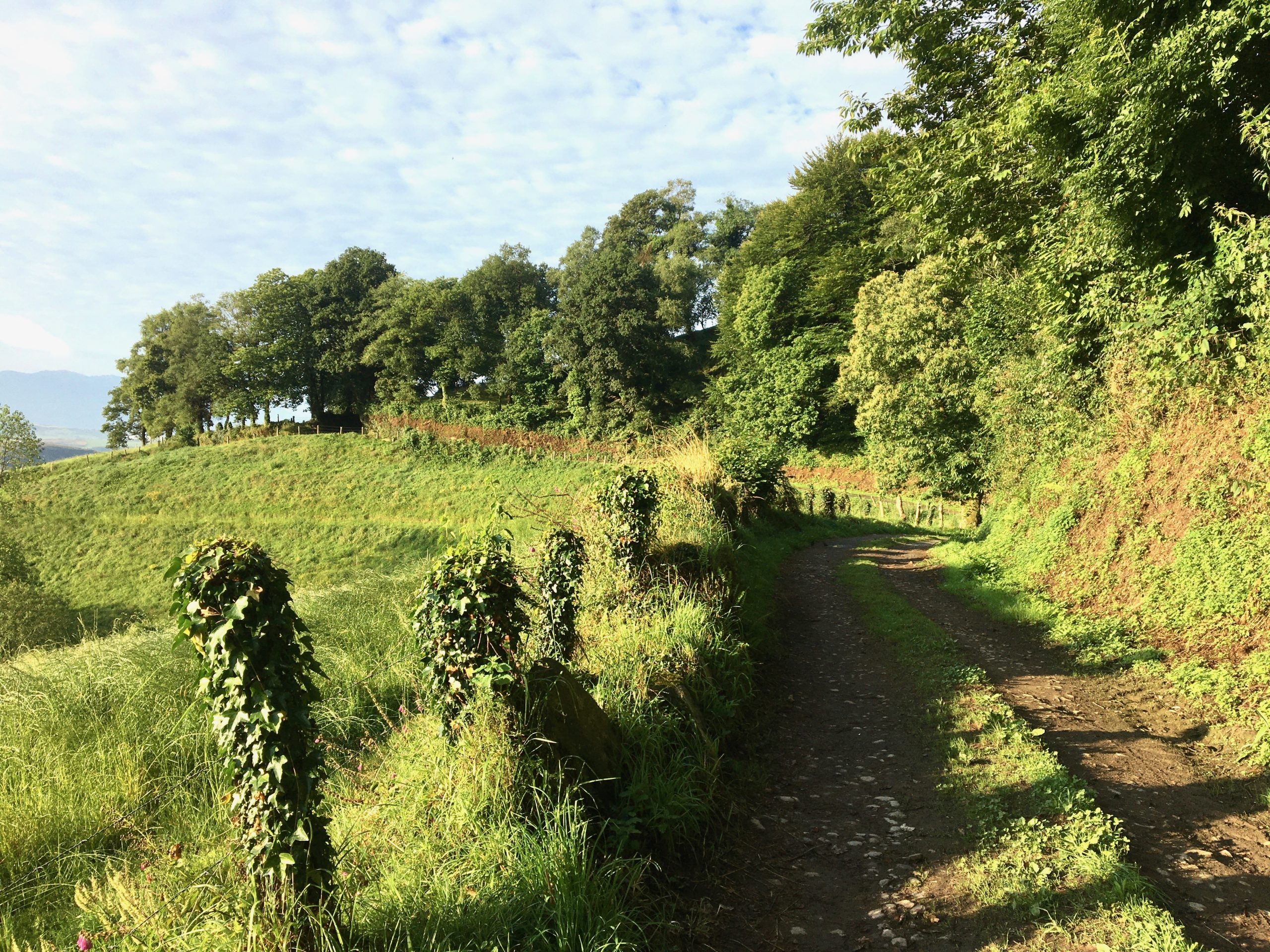 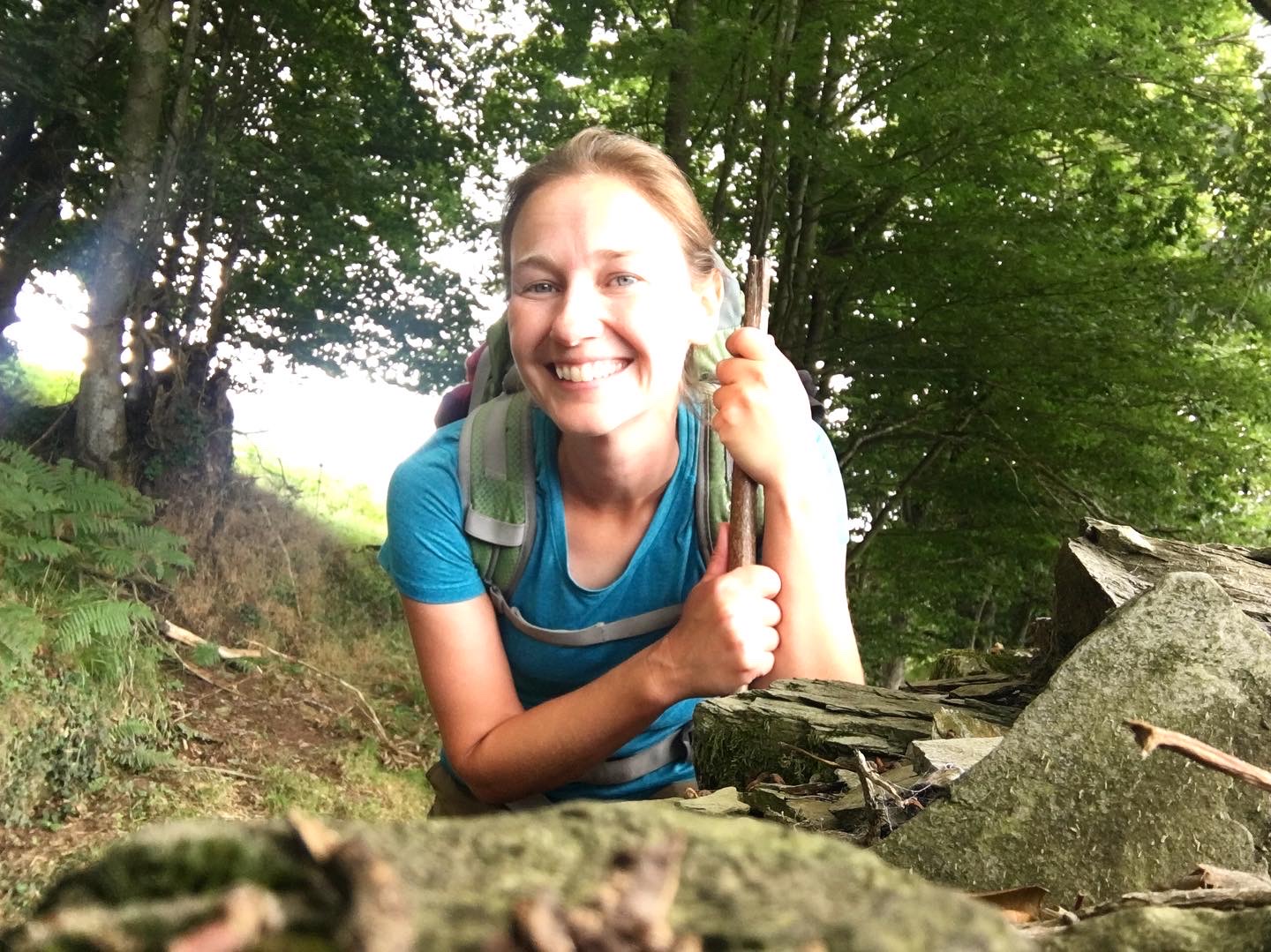 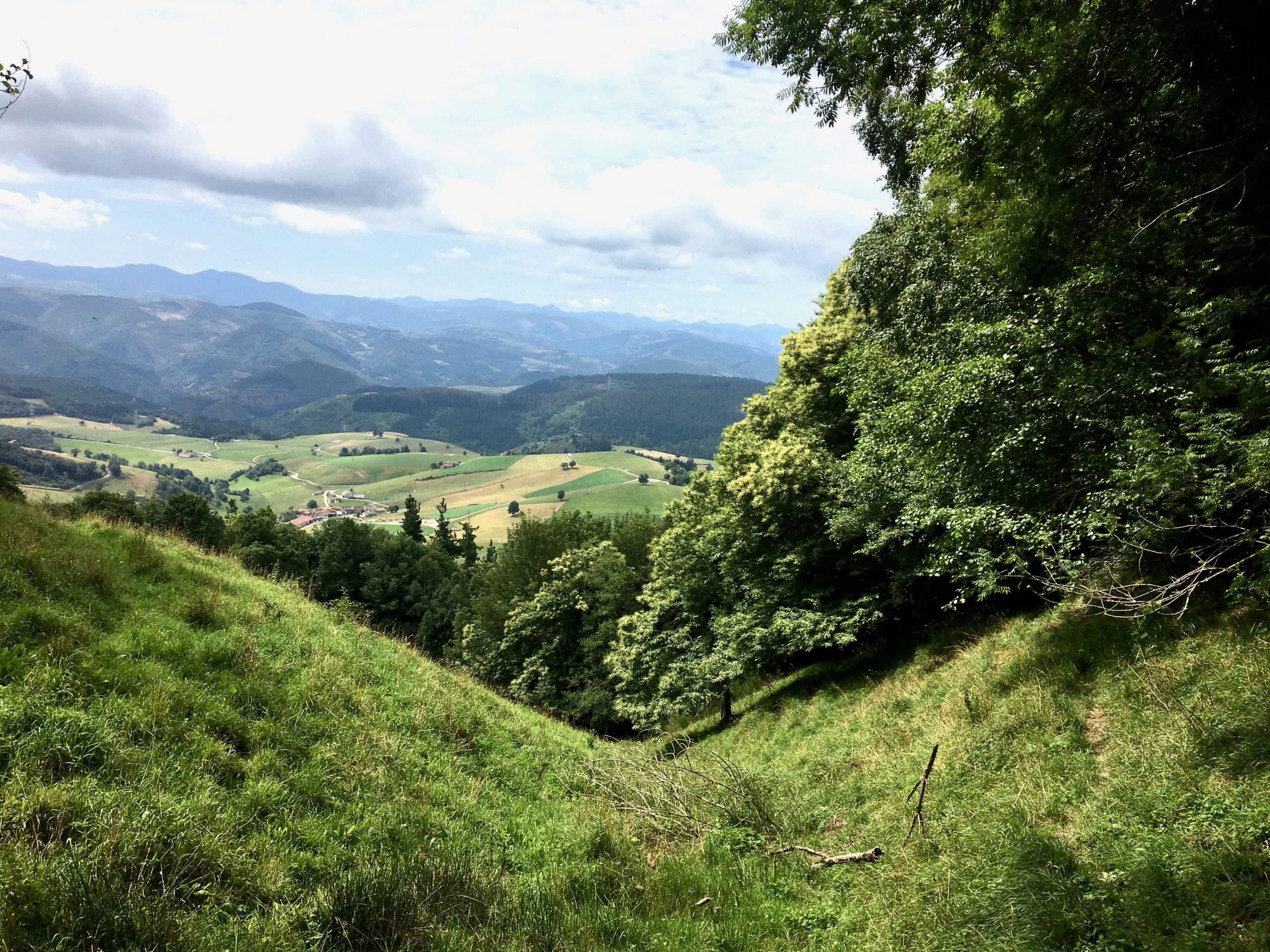 I also found another monastery. This one was just a slight diversion from the path, in Obona (Monasterio Santa María La Real de Obona), and even more abandoned than the last one (pilgrims can’t sleep here, and that’s probably a good thing, though this time there were no ghost encounters). But as luck would have it, just as I arrived, there was a small group of people who’d pulled up in a car, and one of the men had keys to get inside! He gestured to me to come in to have a look around, and so of course I did. I’m not sure how active the monastery is, if at all, because while there were pews set up in the church, everything was dusty and full of cobwebs. But how incredible to get a chance to see inside! 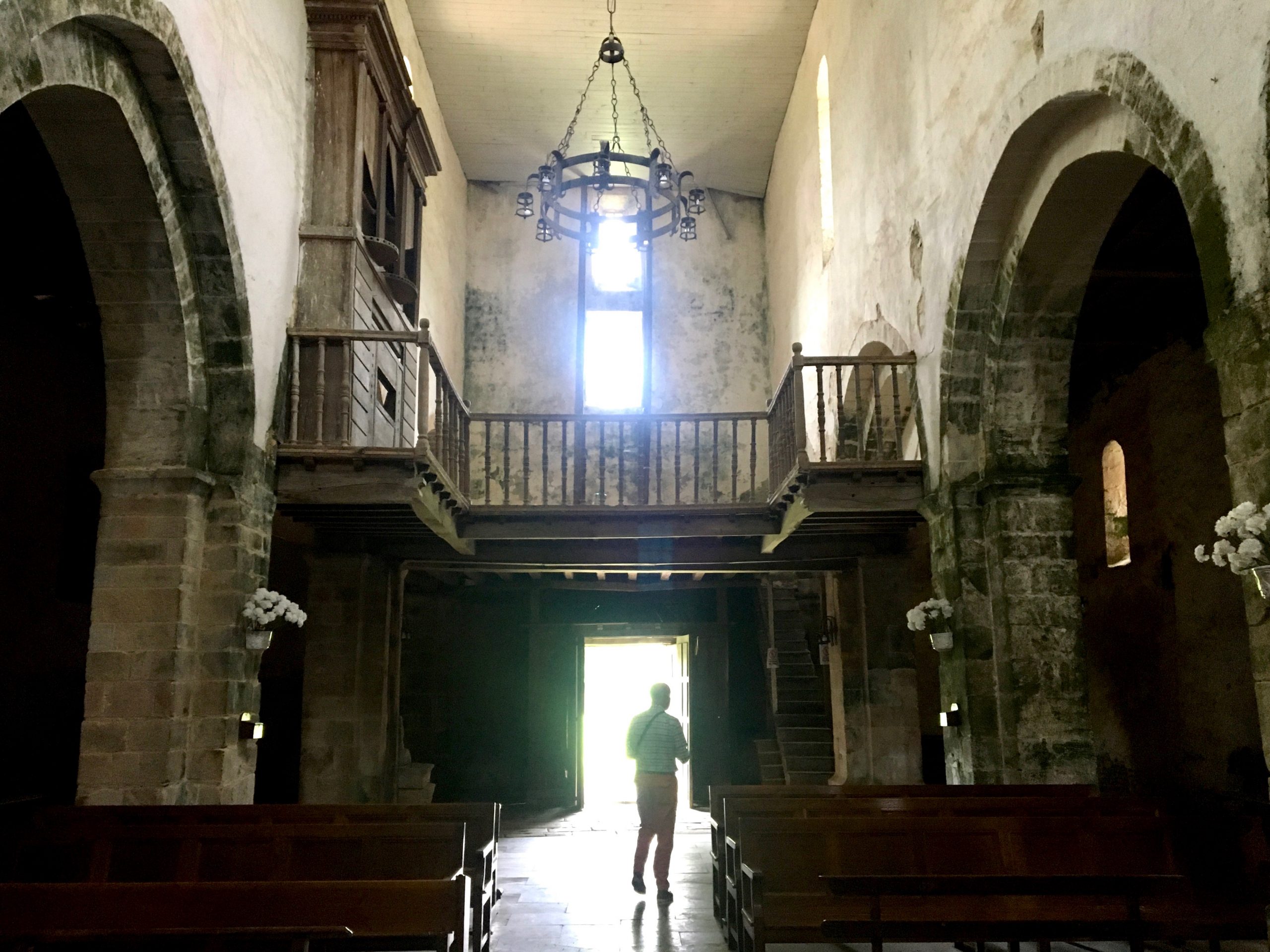 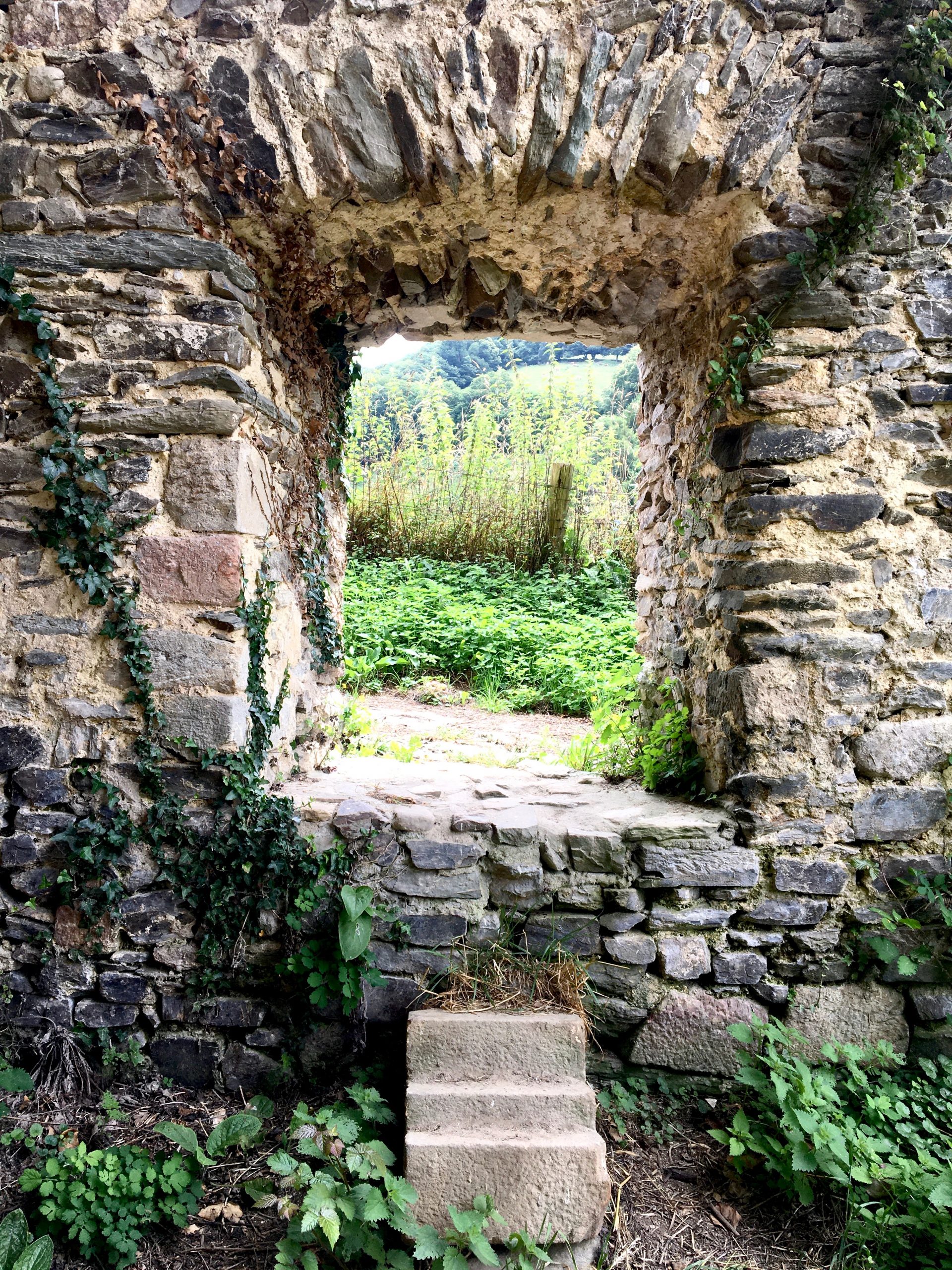 About 4km before my evening destination I stopped in Campiello for a snack, which ended up being a beer and an empanada. Giuseppe- the man that I met on my first day of walking- was at a table with an Italian woman, and I pulled up a chair to join them and it felt so good to have these sort of Camino encounters again. Easy, welcome, relaxed. The beer and the food went down easy, too, and I sat for longer than I needed to, just soaking it all in, enjoying exactly where I was. Storm clouds were gathering in the distance and moving closer by the minute so I packed back up for the final kilometers, feeling revived and strong. 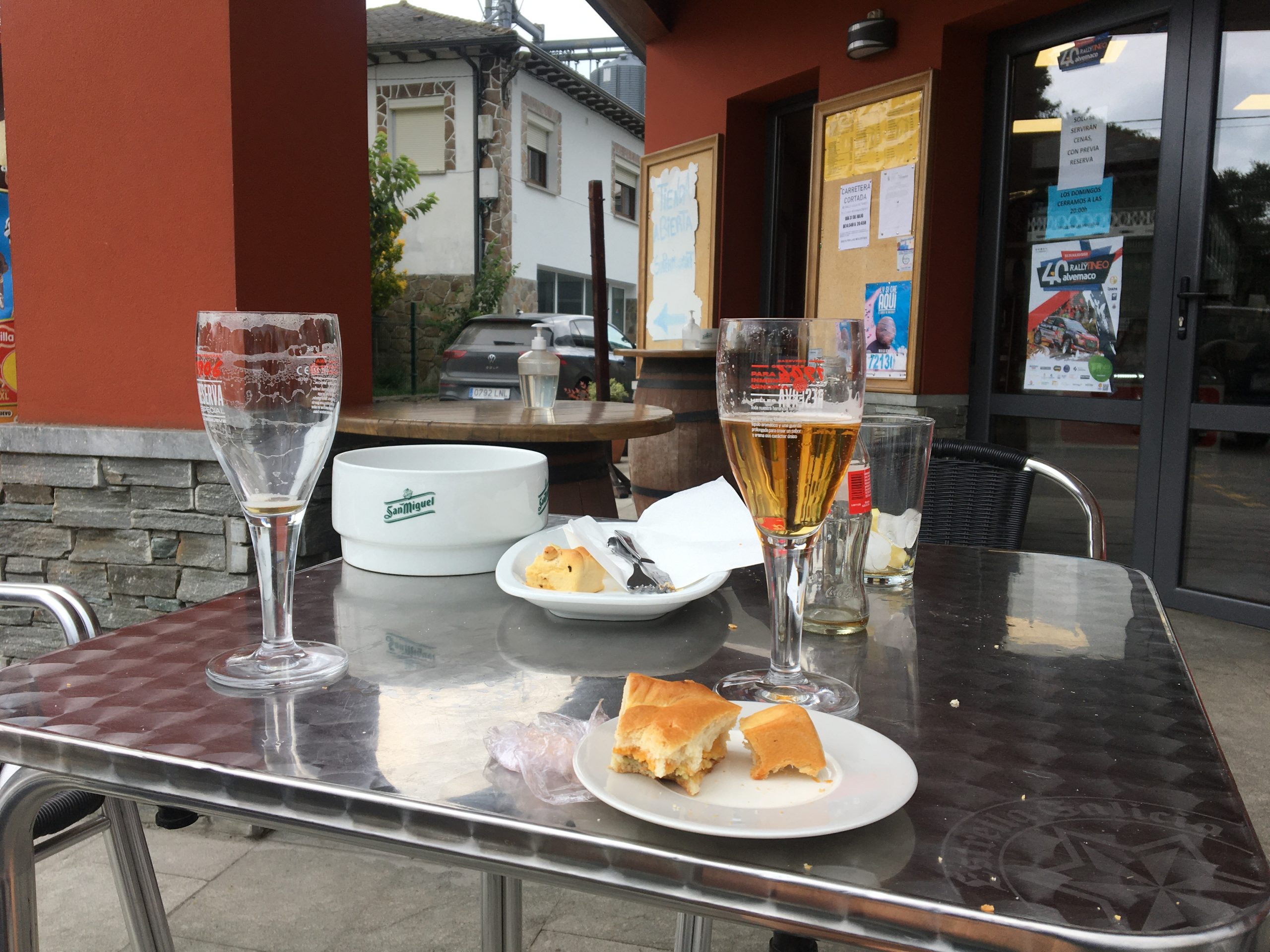 Really strong. My pace was fast and I must have looked awfully determined because I was stopped twice by locals making sure I knew where I was going and that I wasn’t about to attempt to walk the Hospitals route. I wasn’t- the rugged and wild and isolated Hospitales route would be for the next day, a 24km stretch without any towns or services. I assured both of the men that I was stopping in Samblismo and they relaxed and nodded but I thought to myself- ‘it’s 4pm! Of course I’m not heading off into the hills!’ But maybe I looked so determined, so sure, marching so solidly towards those green mountains that they needed to make sure that I knew where I was going, that I was going to be okay.

Before I knew it I was at the Albergue de Samblismo. Most pilgrims stay back in Campiello (where I had my beer/empanada break), or 3km further in Borres. There are albergues in both villages, but I’d read about a great albergue just 1km past Borres, and right at the Hospitales/Allende split. When I walked the Camino Primitivo back in 2015 I stayed in Campiello and it was fine; there’s a good bar/restaurant and a couple shops there, so it’s easy to stock up for the Hospitales route the next day. This time, I picked up what I needed for the next day when I passed through and continued to Samblismo. The albergue here isn’t part of a village, it’s just a building up in the hills, with incredible views and such a peaceful and quiet vibe. The hospitalero, Javi, is kind and gentle and prepares a communal meal for all the pilgrims. The COVID measures were great here- the albergue has five dorm rooms, most of them with just one or two bunk beds, but unless you were traveling as a pair or in a group, he only puts one pilgrim per room. So I had my own little room, and we all wore our masks inside and we spaced out at the dining room table for our meal. 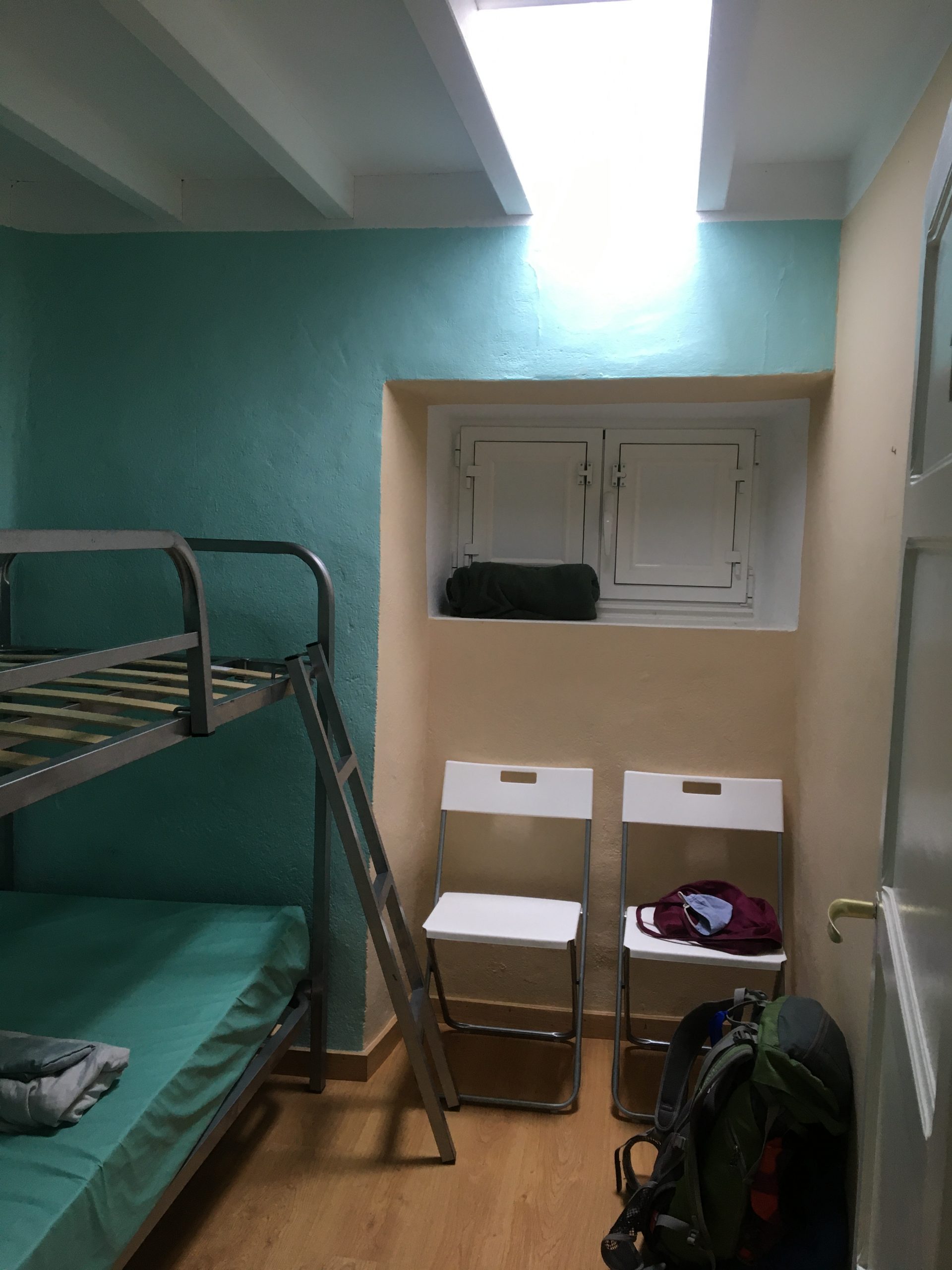 And what a meal! Vegetable soup and a huge tray of paella and creamy pudding with poached peaches, wine and bread. The air was cool outside and we were bundled up at the table eating hot soup and once again I was with some new pilgrims, just three others: Giuseppe was there, but also Rudolph from Slovakia, and Antonio from Spain. Except for the pair of Spanish friends in the albergue in La Espina the night before, every pilgrim I’d met and shared albergue space with was traveling alone and this felt a little unusual. I always meet other solo pilgrims, but never this many, and there were several who had walked the Camino before, too. 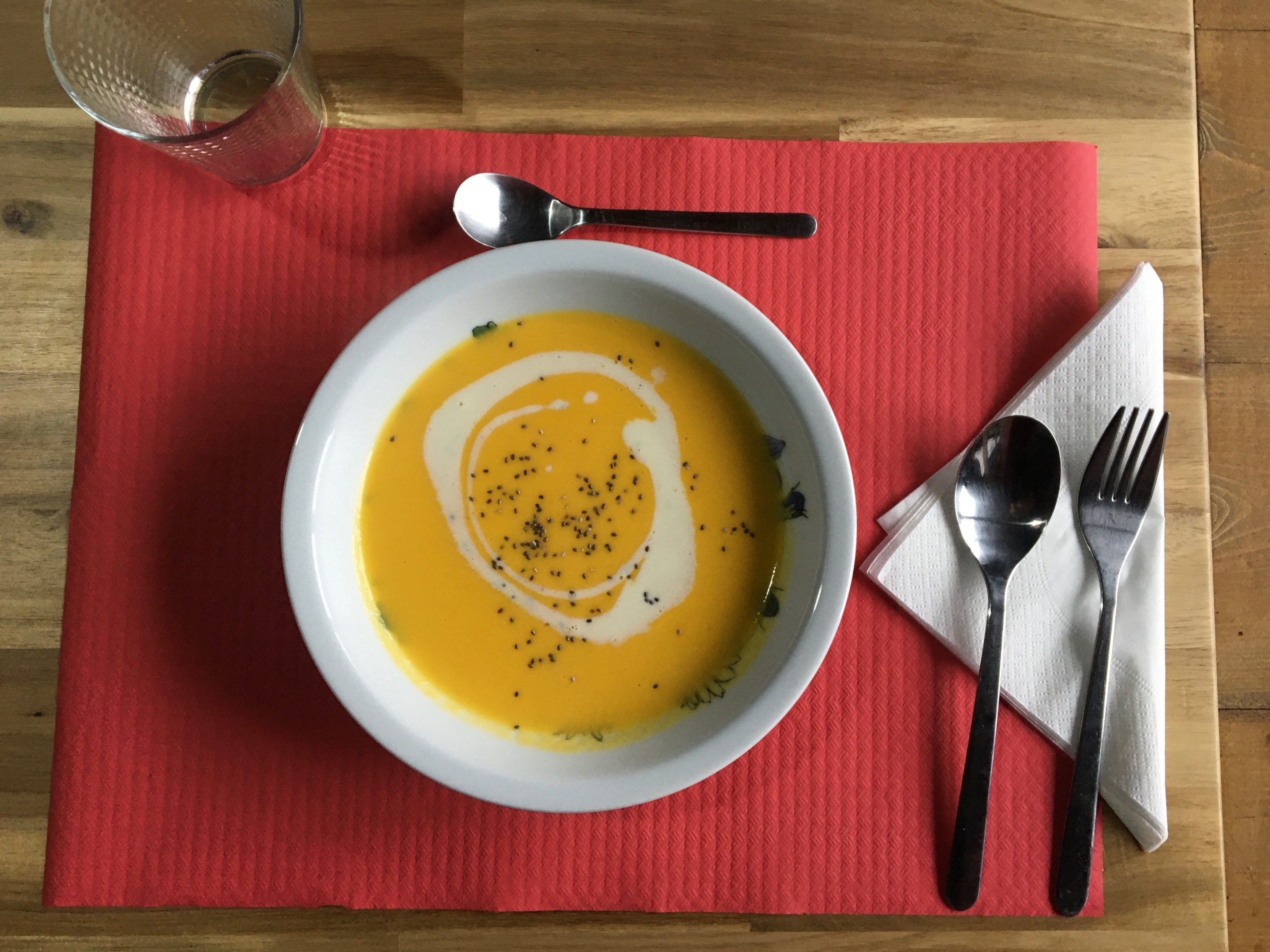 Most of our dinner conversation centered around the route the next day, and almost an obsession over what the weather was going to do. “We’re going to get some sun,” I said, “I know it.” The forecast in the early morning wasn’t great, but Javi thought that the clouds would clear by late morning, and I hoped he was right. When I last walked Hospitales, I was in the fog and clouds for most of the way. It was an incredible atmosphere but there were no views, and I could only just make out the path in front of me. The Hospitales stages is considered one of the most beautiful stages of any Camino, and back in 2015 I told myself that one day, I would come back to walk the Camino again, to try for better weather for this stage. I kept my promise, and now I was back, hoping against hope for good weather the next day.