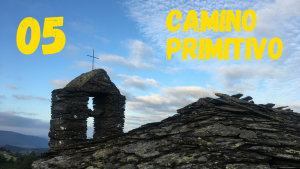 I walked far today, from La Mesa to A Fonsagrada, just over 40km. It had all been part of my initial plan and I really like walking long days but I kind of forgot that the Primitivo is not an easy route. I was so focused on Hospitales that I told myself the rest of the way would be easier and, well, there are still ups and downs! Lots of them!

But the beginning of the day, especially from La Mesa to the reservoir about 5km before Grandas de Salime, was nothing short of magical. After breakfast in the restaurant at the albergue I started walking, with the sun rising at my back. André- the young pilgrim from Portugal- was the only other walker out on the road and for awhile I could keep my eye on him, far ahead on the hillside. He was keeping pace with a group of bicyclers who were having trouble with the steep hill and I had to laugh, wondering if André would eventually outpace them. 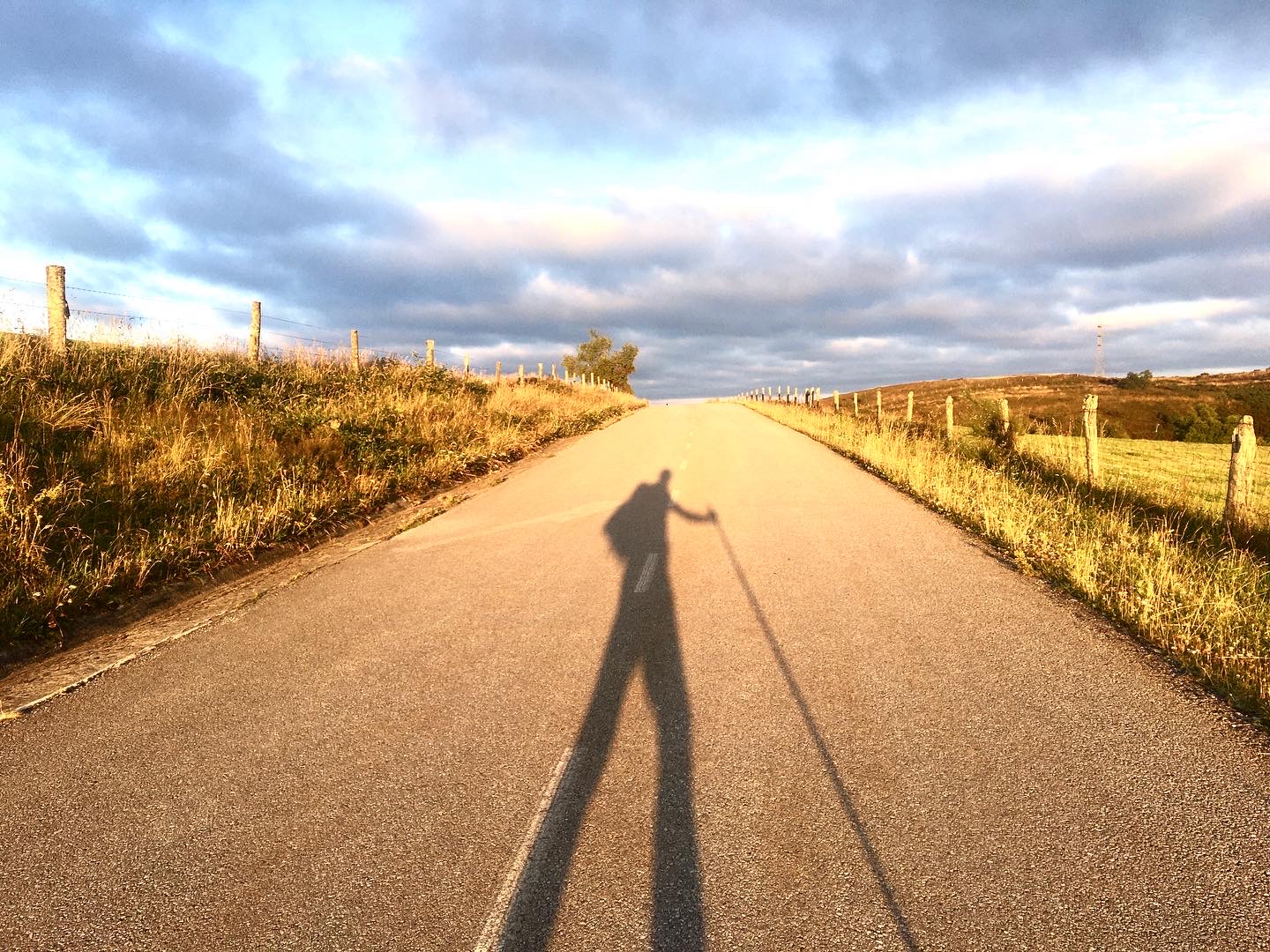 Then they all crested the hill and I lost sight of them and it was just me and my long shadow and I walked. The air was cool and the light was soft and the Camino moved off of the road and onto a path through the fields. I felt high above everything- maybe not quite the heights of Hospitales the day before, but still surrounded by mountains and rolling valleys. My favorite spot of the day was just before the path begins its descent down towards the reservoir- I turned a corner and arrived at a little stone chapel (Chapel of Santa Marina de Buspol). There was a field of cows, their bells ringing and clanging, a wildflower-strewn path, streaking clouds and patches of sunlight on the mountains in the distance. 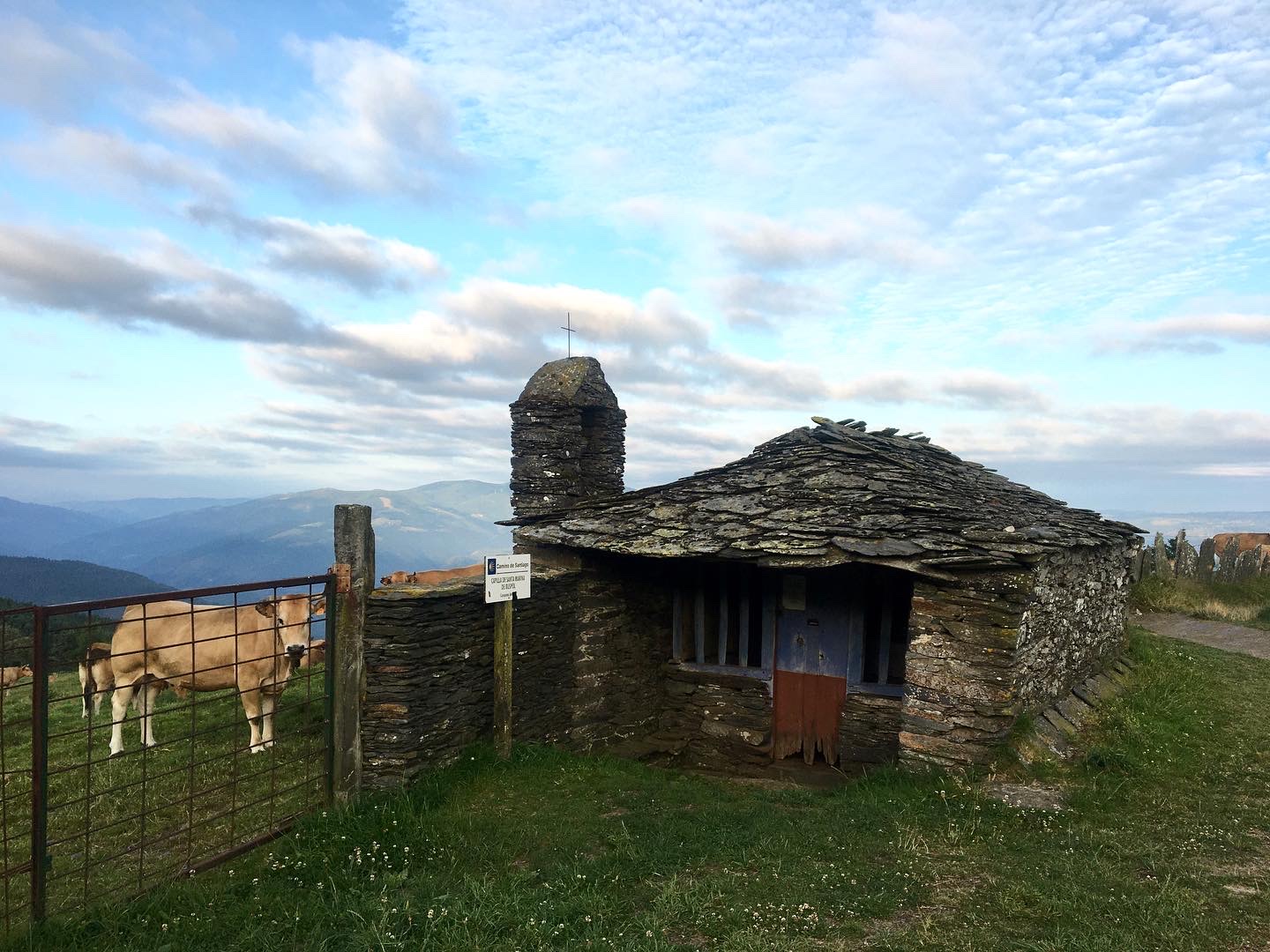 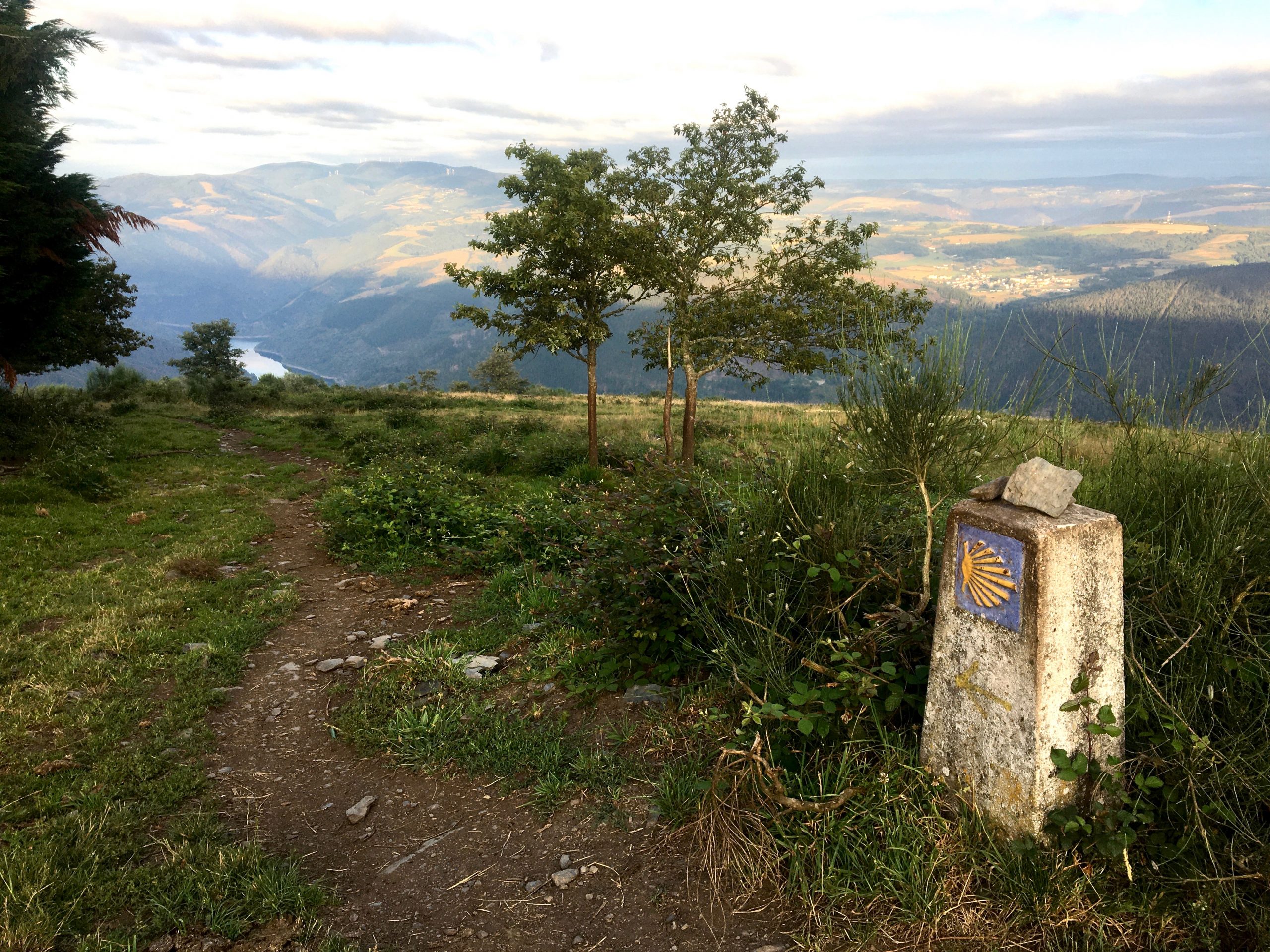 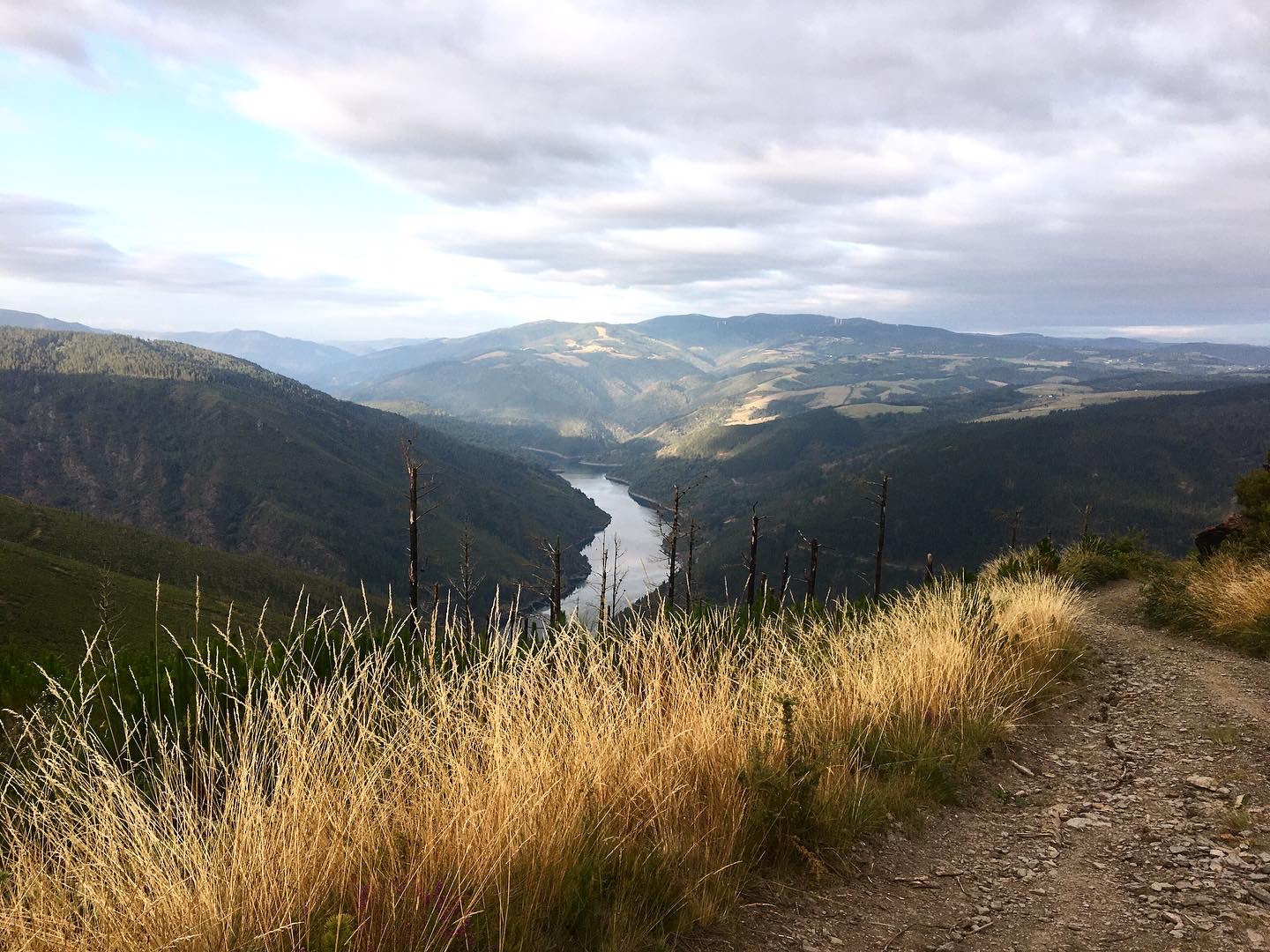 The path of the Camino descends for quite awhile and then skirts around the reservoir before it climbs back up on the other side. Right at the start of the long (and paved) climb is a little hotel/bar that I remembered stopping at back in 2015. It was open and the terrace views were just as good as they were 6 years ago, and the café cortado and tortilla (my first of the trip!) even better. 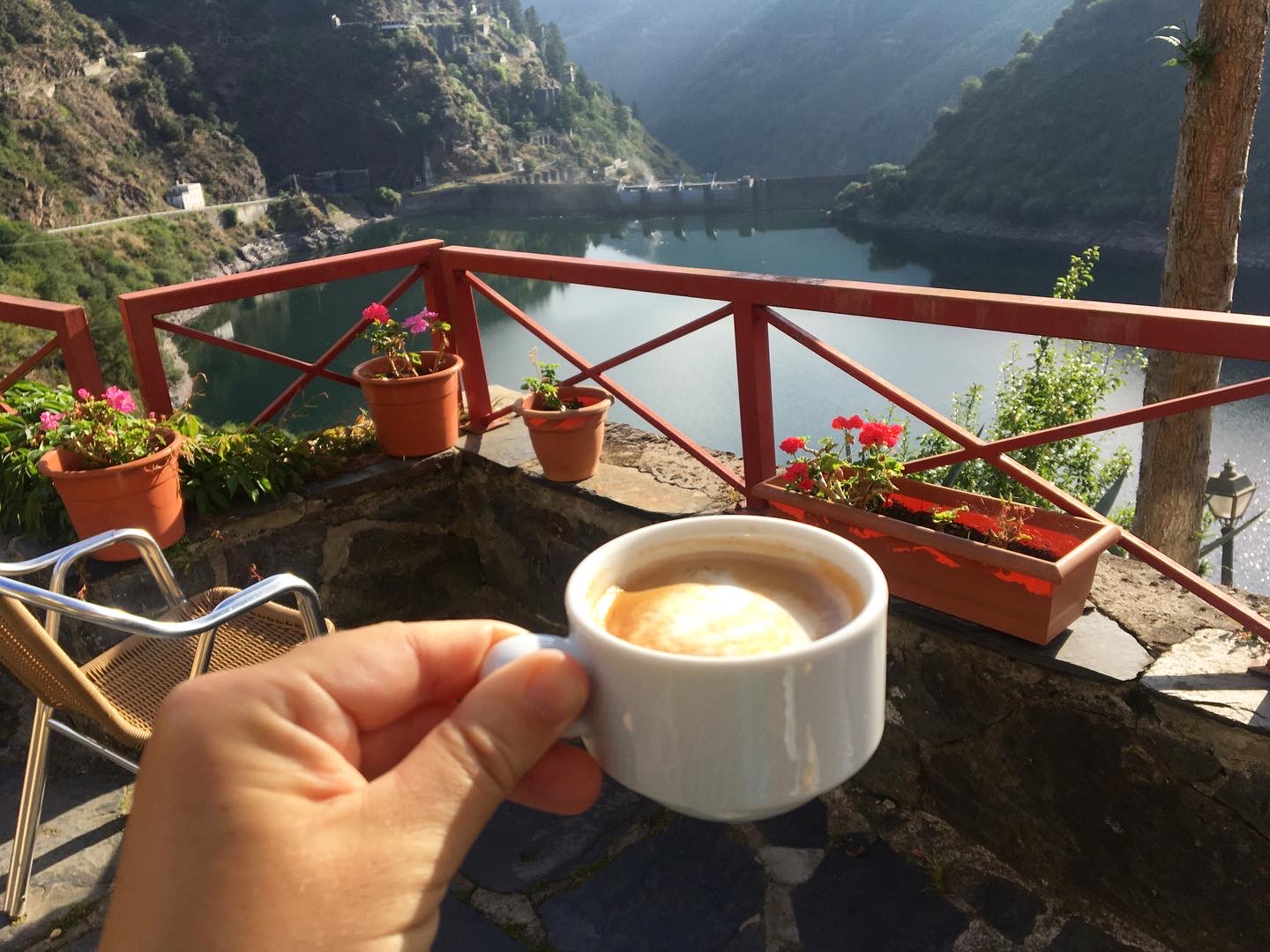 But then I entered into the part of the day that felt hard. It wasn’t just the walking- though that was at times tough and I could feel that I was dragging- it was the mental aspect, too. I regretted, just a little, doubling a stage and moving away from all of my friends. I know this is what happens on a Camino when you walk a short day or a long day, and I tried to remind myself that I always run into people unexpectedly here (that a Camino goodbye isn’t always a true goodbye), but I felt wistful as I walked past the albergue in Castro where many of the others would be staying. I’d walked 20km at this point, and there wasn’t another lodging option until A Fonsagrada, another 20km away (which was where I was headed). The albergue in Castro was a nice-looking stone building overlooking a field of cows, at the corner of a very small and quiet village and it all seemed so peaceful, so relaxing. I could picture it: showering and doing my pilgrim chores and then grabbing a beer at the attached bar and settling in at a table for the rest of the afternoon, greeting my friends one by one as they walked up.

I could picture it, and yet, it wasn’t even noon. I thought about sitting around for the rest of the afternoon and I could feel myself grow restless, my feet itching to keep moving. Did I make the right choice by walking an additional 20km to A Fonsagrada and losing the friends I’d made over the first four days? Is there ever a right Camino decision? All I know is that I paused at the albergue, and then I kept walking.

I took a long break on a bench at the church in Penafuente, pulling out all of my snacks and eating as much as I could to give myself some energy. I was only 5km past Castro and still had 15km to go and for the next 10km I really had to push myself, but- as ever- one foot in front of the other. Over and over. 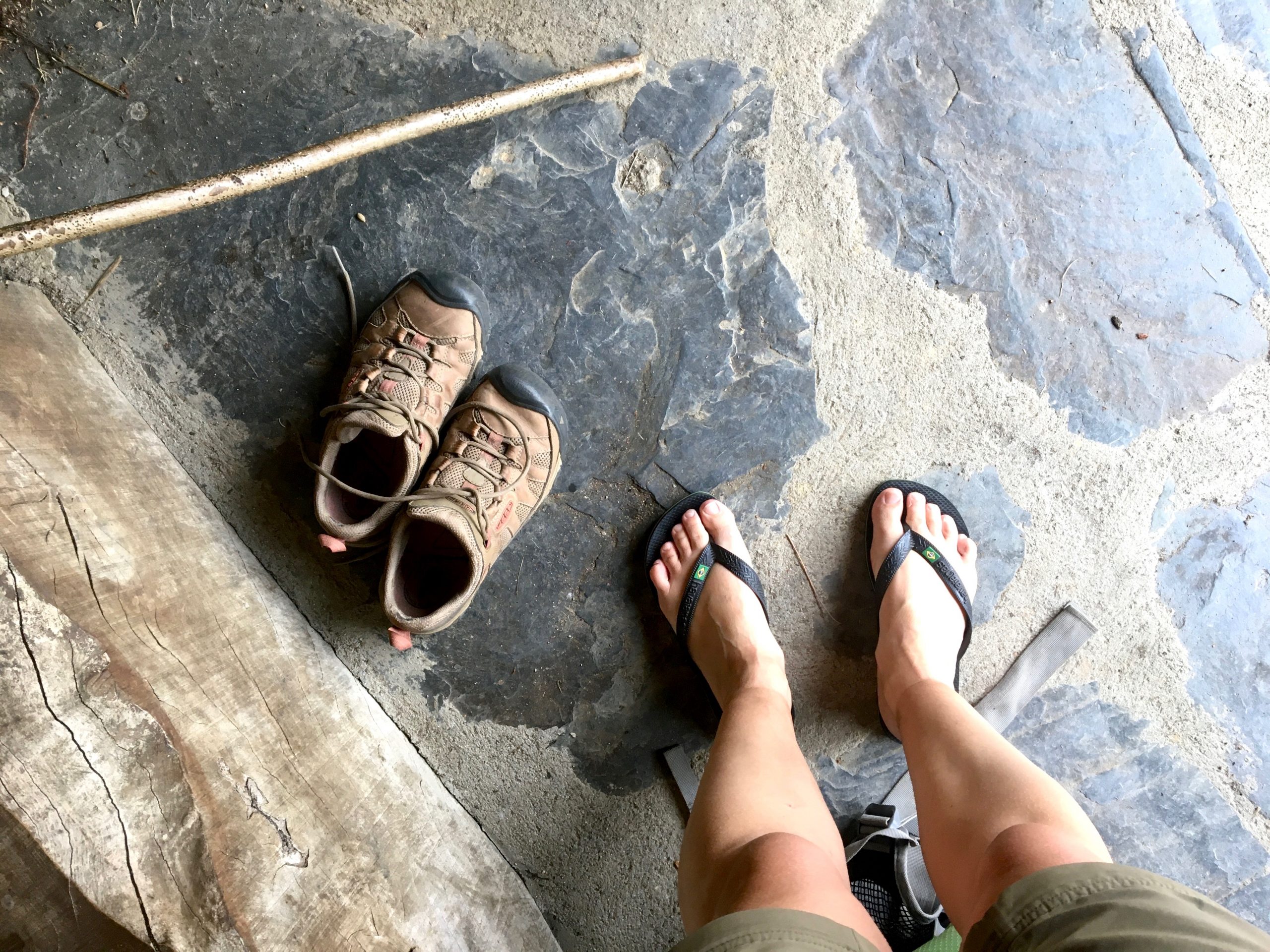 In Barbeitos I found an open bar and ordered a beer and peeled off my shoes and socks and then André walked up. I’d last seen him back in Castro, sitting at the bar attached to the albergue, and assumed he would be staying there for the night. He sat at my table and told me that the night before he’d had a dream, urging him to walk a long day, and so here he was! 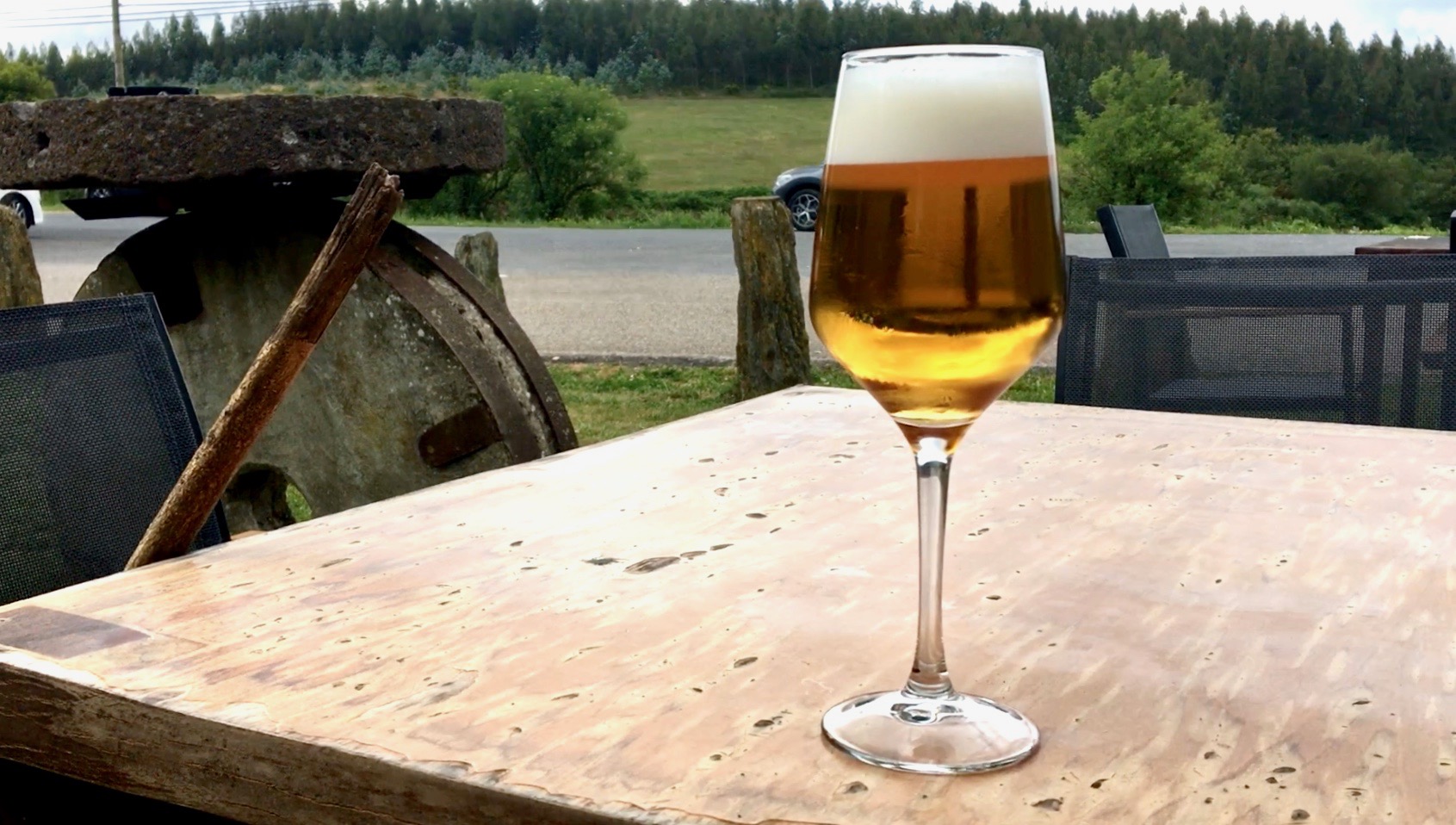 We had such a good, long, ‘Camino-esque’ conversation; Andre has walked the Camino before, too, and we talked about what brings us back, what feelings we hope to find, how to find those feelings at home. I lost track of time, realizing with a jolt that it was nearly 6pm and I still had 5km to walk- maybe one of my latest Camino days yet! I said goodbye to André but as I walked realized that it didn’t matter so much that I would be arriving in town so late in the evening. I had a bed reserved, I didn’t need to do much more than shower and find some food, and so I settled into those last kilometers, gliding through (until that cruel, cruel uphill into town). 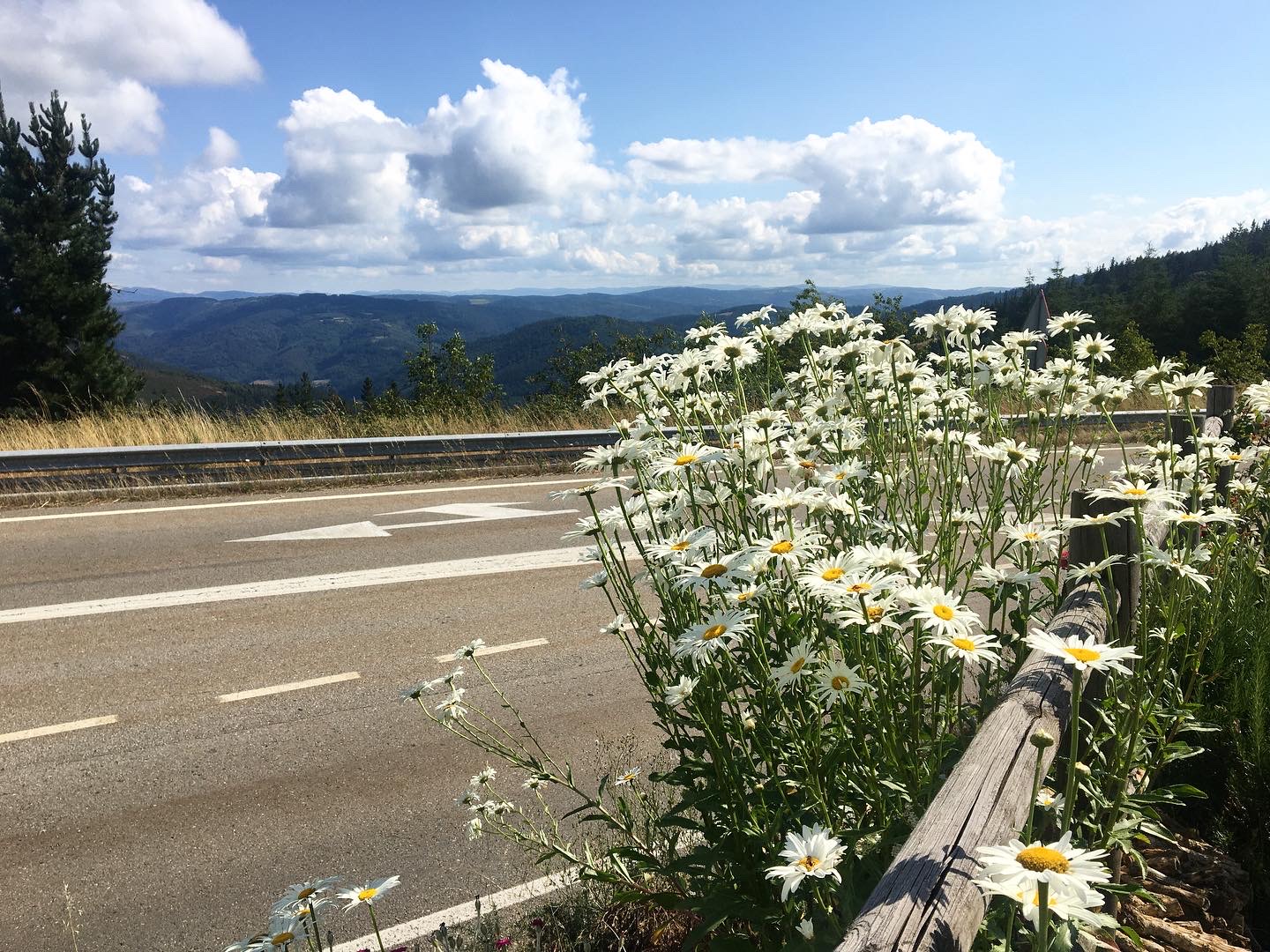 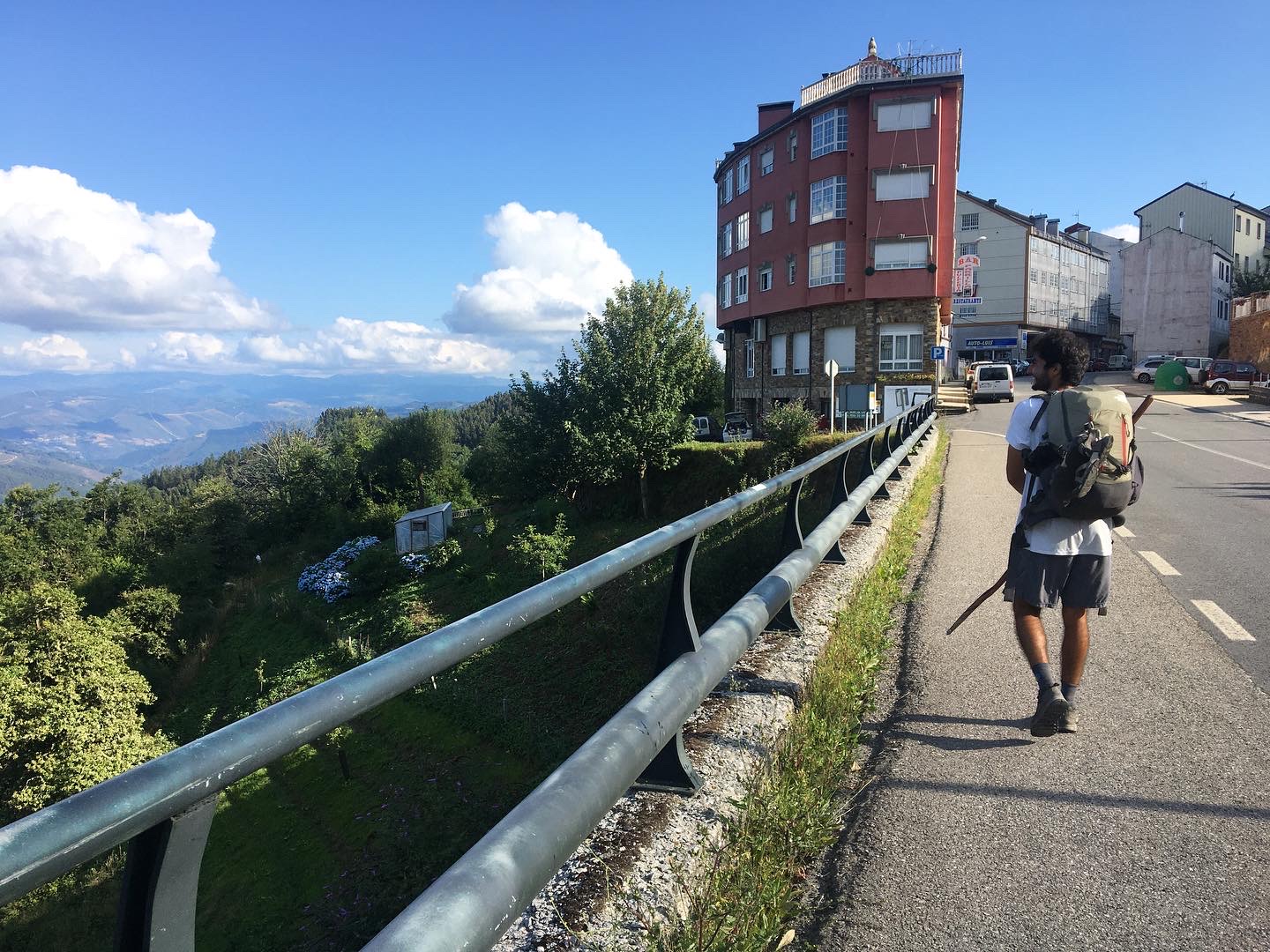 André had caught up with me and we walked to the albergue together, and it was another nice place: Albergue-Pensión Cantábrico, where I had my own little bunk room plus a fresh towel! Such pilgrim luxury. And then, to continue with the luxury, I went out in search of dinner and found a place where I was tempted by the amazing menu and ordered the “special” pilgrim’s menu which had four courses- caldo gallego soup and a round dish of pulpo and some sort of succulent-melt-in-your-mouth meat and fries and of course bread and a bottle of wine. I ate as much as I could and when I was asked what I wanted for dessert all I could manage was a little cup of espresso but it was perfect.

In walking such a long stage it felt as though I had launched myself into another Camino, with a different group of people, leaving behind nearly everyone else I had met. But the unexpected conversation with André reminded me that we never know what we will find on the Camino, and that one goodbye may lead to a new hello, that new experiences are also waiting to be discovered.