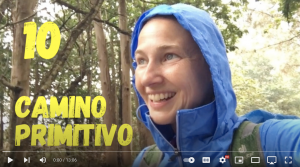 Sometimes birthdays on the road are wonderful and magical, and sometimes they’re a little tough. My day 10 on the Camino Primitivo was an all-around not super great Camino day, and I suppose if it hadn’t been my birthday I wouldn’t have thought much of it, just chalking it up to the so-so days you have sometimes. But a birthday adds a certain kind of pressure, and today just didn’t give me the ingredients for a magical day.

For starters, I’m now on the Francés, and it is the weekend, and it is August. And let me tell you, it was the pilgrim superhighway! I know to expect a lot of pilgrims in the final stretch leading up to Santiago, and in some ways I think it’s kind of magical: here are hundreds and hundreds of people, all of us with our packs and our sticks and we’re marching along in a line, moving in the same direction, all of us from all over the world, heading to Santiago. It’s pretty cool. But for someone who likes to walk alone and loves having an open path all to myself, this influx of pilgrims was a lot! I’d never seen anything like it, and while it’s been awhile since I’ve walked this path into Santiago, I can’t quite believe how many more pilgrims there were on the way. From the quiet Primitivo to this: groups of friends, and students, and families, and just… people- it was overwhelming. 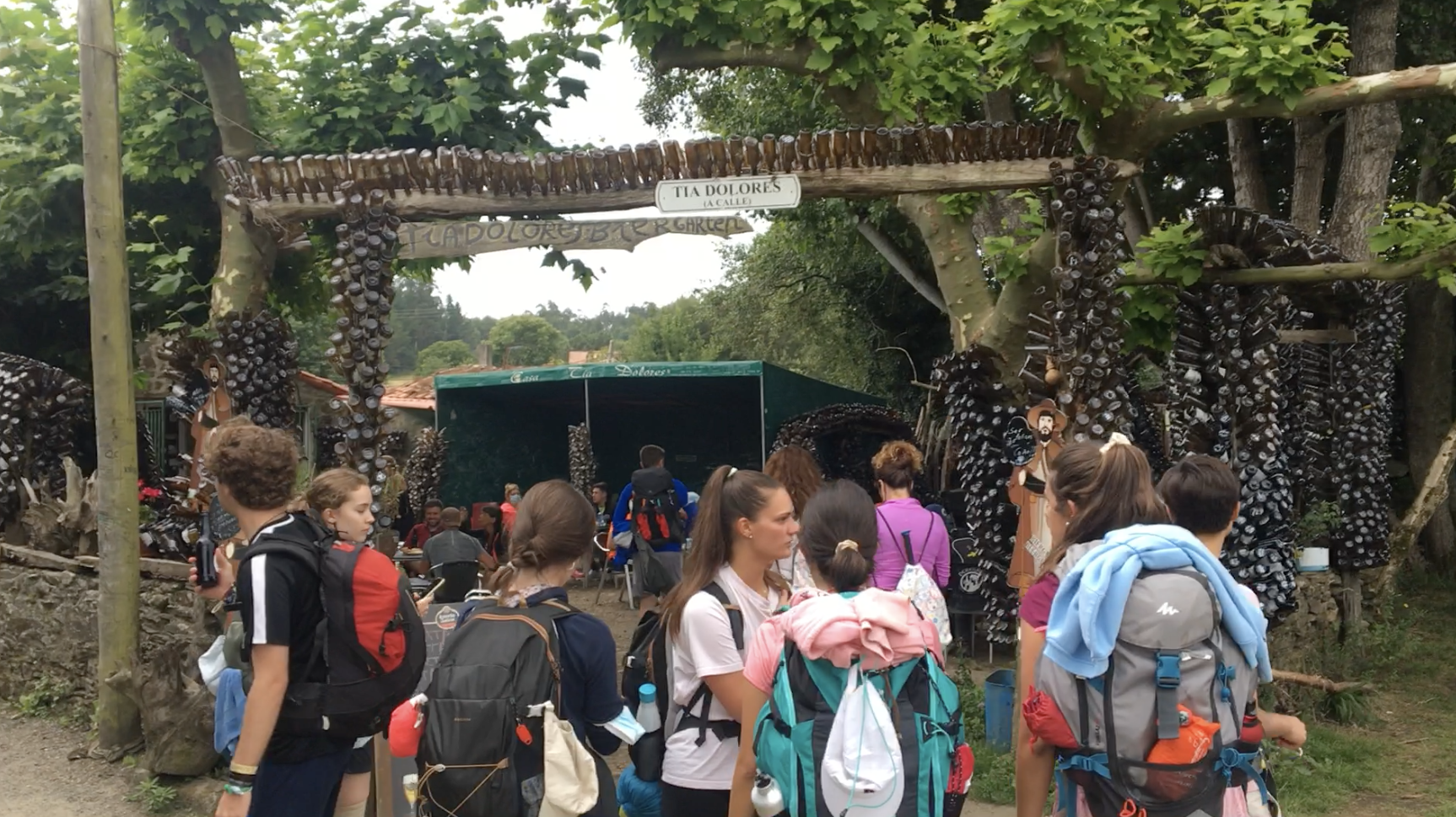 But I had a nice and quiet morning, I suppose the day started almost perfectly. Up and walking in the dark blue before dawn, one kilometer and then two and then an open bar. I was the only one there, with a huge cup of coffee and and a croissant, and just as I was finishing, Claudia and Jean Paul walked up, two pilgrims I’d met several days before. And, a few minutes later, the two Spanish pilgrims from my albergue last night. We all smiled and waved and chatted, and then I continued on, and for awhile the path was still quiet.

Then, the circus of the late morning and early afternoon, but I made the best of it: stopping again for a tortilla and a cortado, and then, again, for a beer and a small bowl of chips. There was a point when the path of the Camino veered off to the right, but the mass of pilgrims all continued straight: they were walking into O Pedrouzo, I was continuing on for another 10 kilometers to Lavacolla. And just like that, most of the pilgrims were gone, and I was walking under the trees with the path to myself. 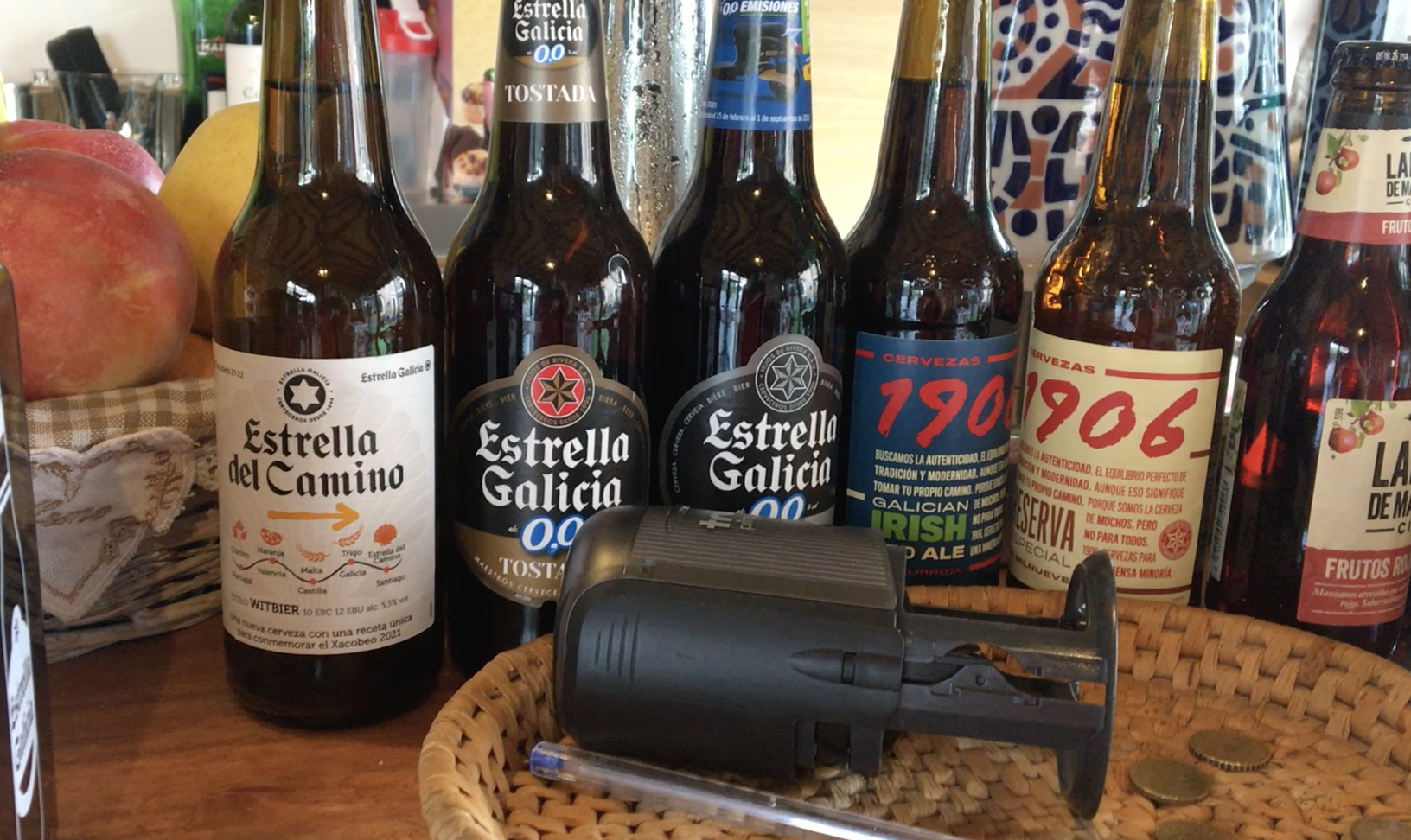 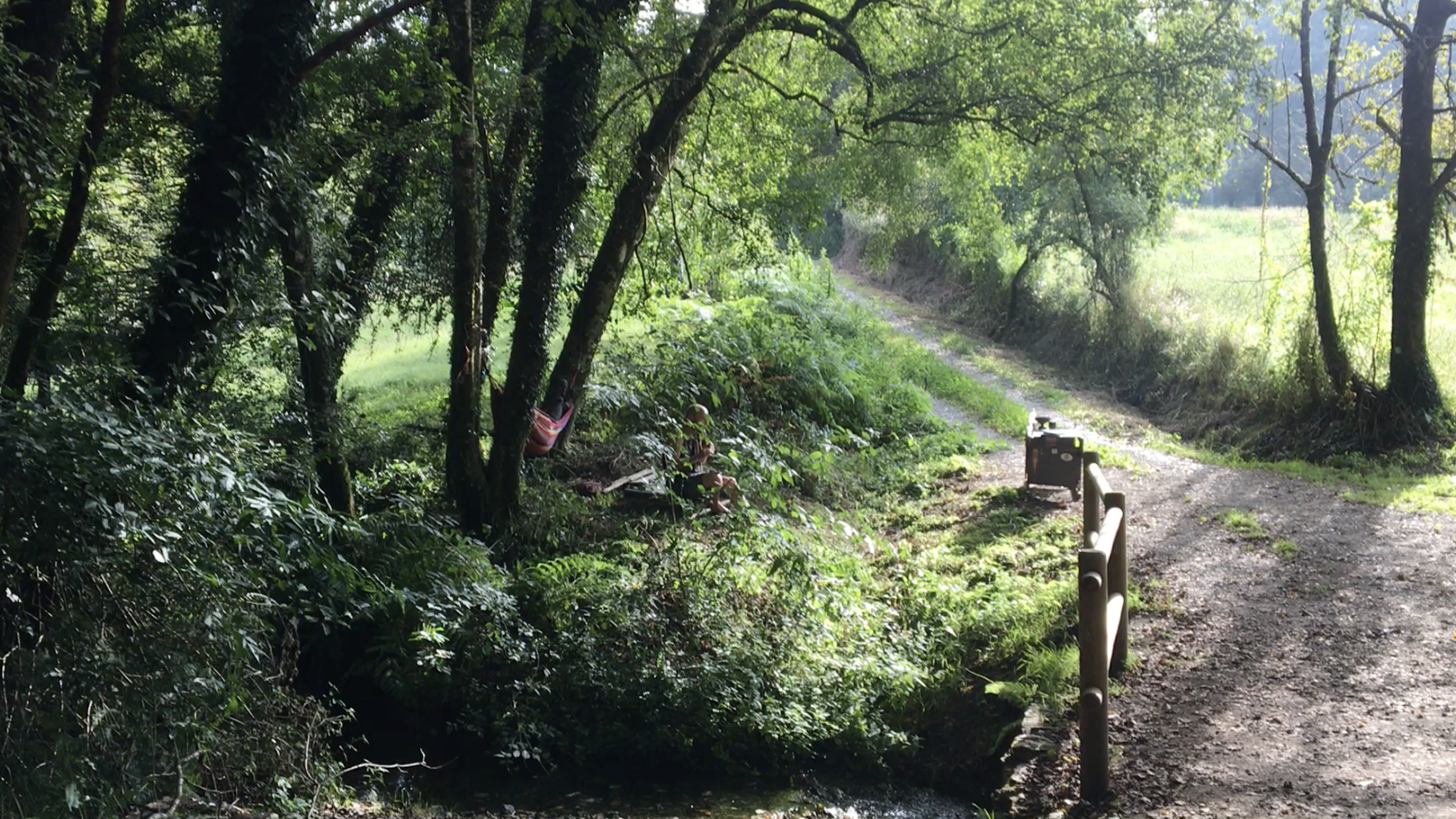 And then it rained, light at first, and then harder, and it wasn’t ideal but when it rains on the Camino there’s nothing to really do except keep on walking. And so I did.

I arrived, wet and a little cold, to the albergue in Lavacolla. It was a fine enough place: a big bunk room but with decent space between the bunks, and a beautiful and well-equipped kitchen. Right as I entered I saw a pilgrim I’d met in Ferreira, and she was fine but not quite my cup of tea. She told me how the only shops in town were closed because it was Sunday, but then raved about the great lunch she’d just eaten at the restaurant down the road, and even how the owners had given her a ride back because it was raining. I could feel my stomach start to rumble: it was nearly 4pm, I’d walked nearly 40 kilometers, and while I’d stopped several times throughout the day, I’d never had a proper lunch. It would be too late for lunch now, but I figured I would shower and then maybe set off to explore and see if I could find a place that might be serving food.

I headed back out around 6, after a quick search on my phone revealed that the restaurant down the road would serve food at all hours. A pilgrim miracle! It wasn’t raining when I set out but it was gray and chilly. I walked and walked and when I arrived at the restaurant, I was greeted with a frown, a hostess pointing to a large sign. I needed to prove I was vaccinated in order to enter the restaurant, and of course, I’d left my vaccination card back at the albergue! (This was one of the two times I needed to prove vaccination to enter an establishment; I was walking through Galicia at a time this summer when it was required, but those regulations changed shortly after.) The hostess shrugged, pointed to a table under a canvas tent, and told me that the kitchen couldn’t serve me food until 8pm.

So I sat at a table outside and zipped my fleece up, tucking my hands into the sleeves to warm my fingers, and ordered a glass of wine. I wasn’t sure what I was going to do- two hours would be a long time to wait outside- but I figured I’d have a glass of wine, then walk back to the albergue, pick up my vaccination card, and then walk back to the restaurant for dinner. But just as my wine was delivered to my table, the skies opened up and it began to pour. 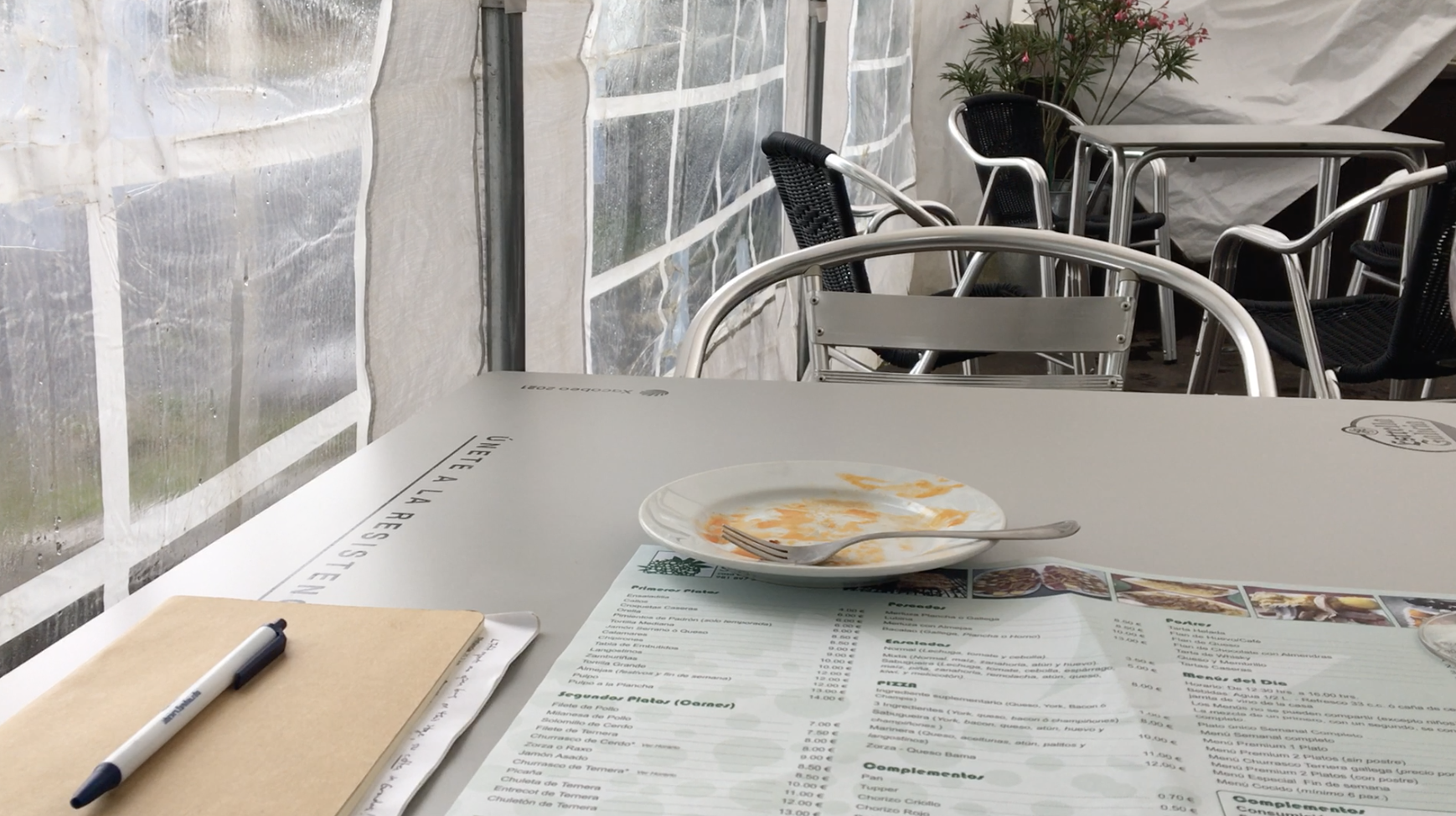 I sat, huddled and alone at a table outside because I was the pilgrim who didn’t have proof of vaccination, and wondered what I was going to do. It was then that I started to feel a little sorry for myself, to feel sorry that it was my birthday, and that I was close to Santiago but all alone, tired and hungry, staring out at the rain.

And then the hostess brought me a menu, and told me I could order food. Someone inside that restaurant must have looked out and taken pity on me, or maybe it’s just that the Camino provides, because I was able to order food and I was able to eat, and it was what I needed. 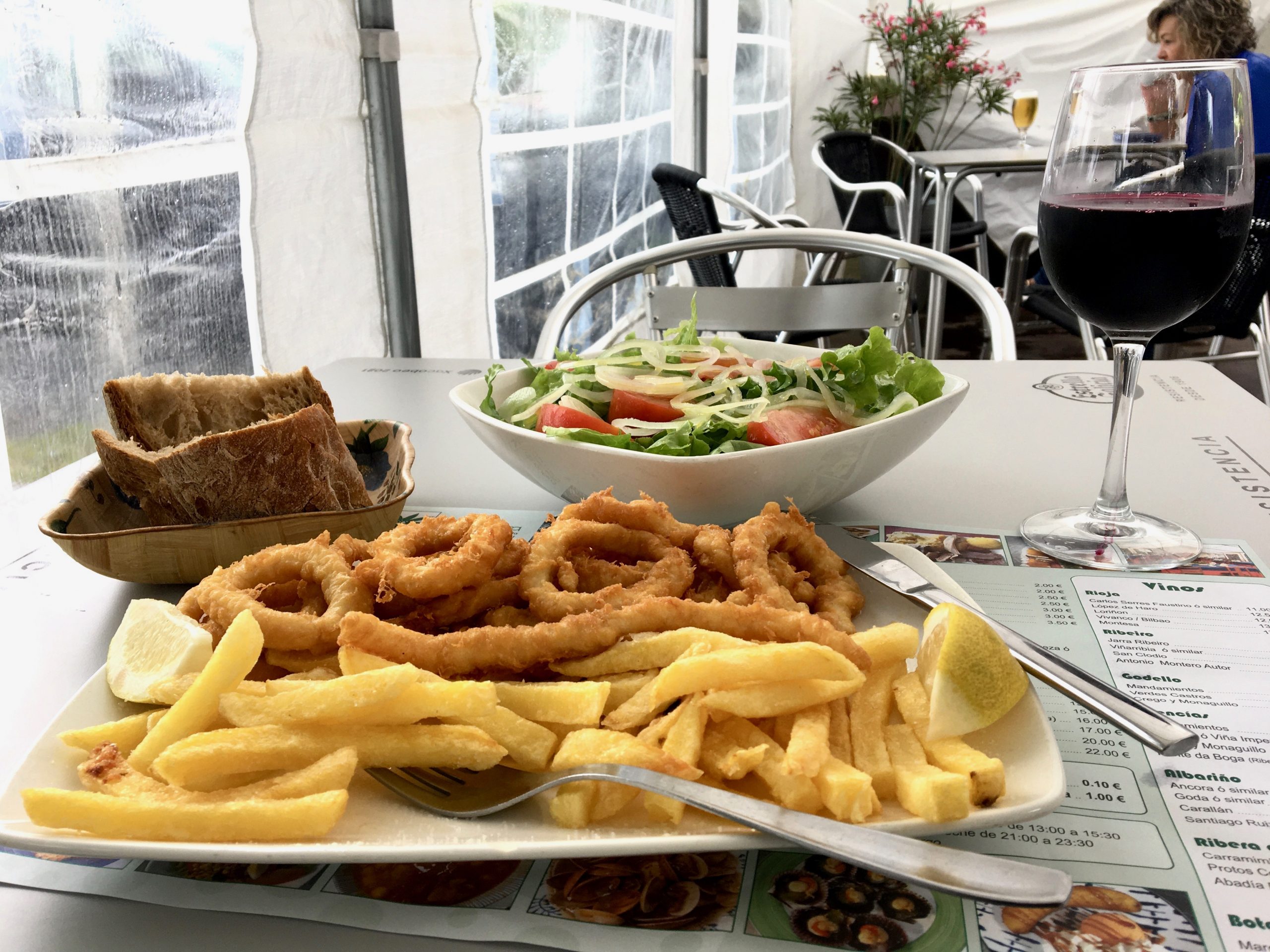 I still had to walk back to my albergue in the rain, but it didn’t matter: once I got back I changed into the only clean and dry clothes I had left, I managed to find the hospitalera so I could ask for a blanket, I chatted with a few French pilgrims, and crawled into bed, warm and dry, with a full stomach.

Some Camino days are “off” Camino days, but at the end of it I tried to remember how grateful I was to be able to be walking at all. Plus, I was just 10km away from Santiago! Bright days ahead. 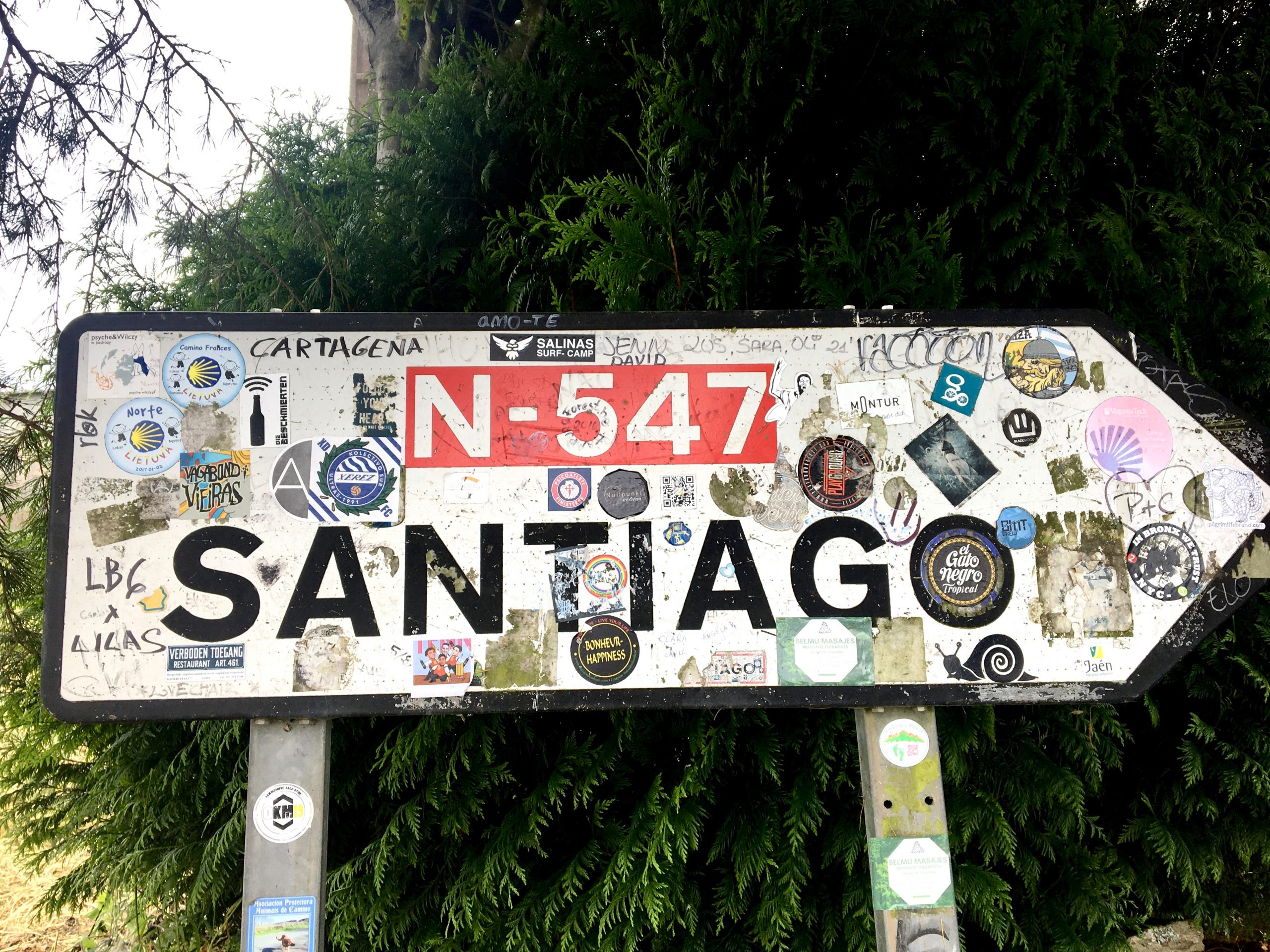 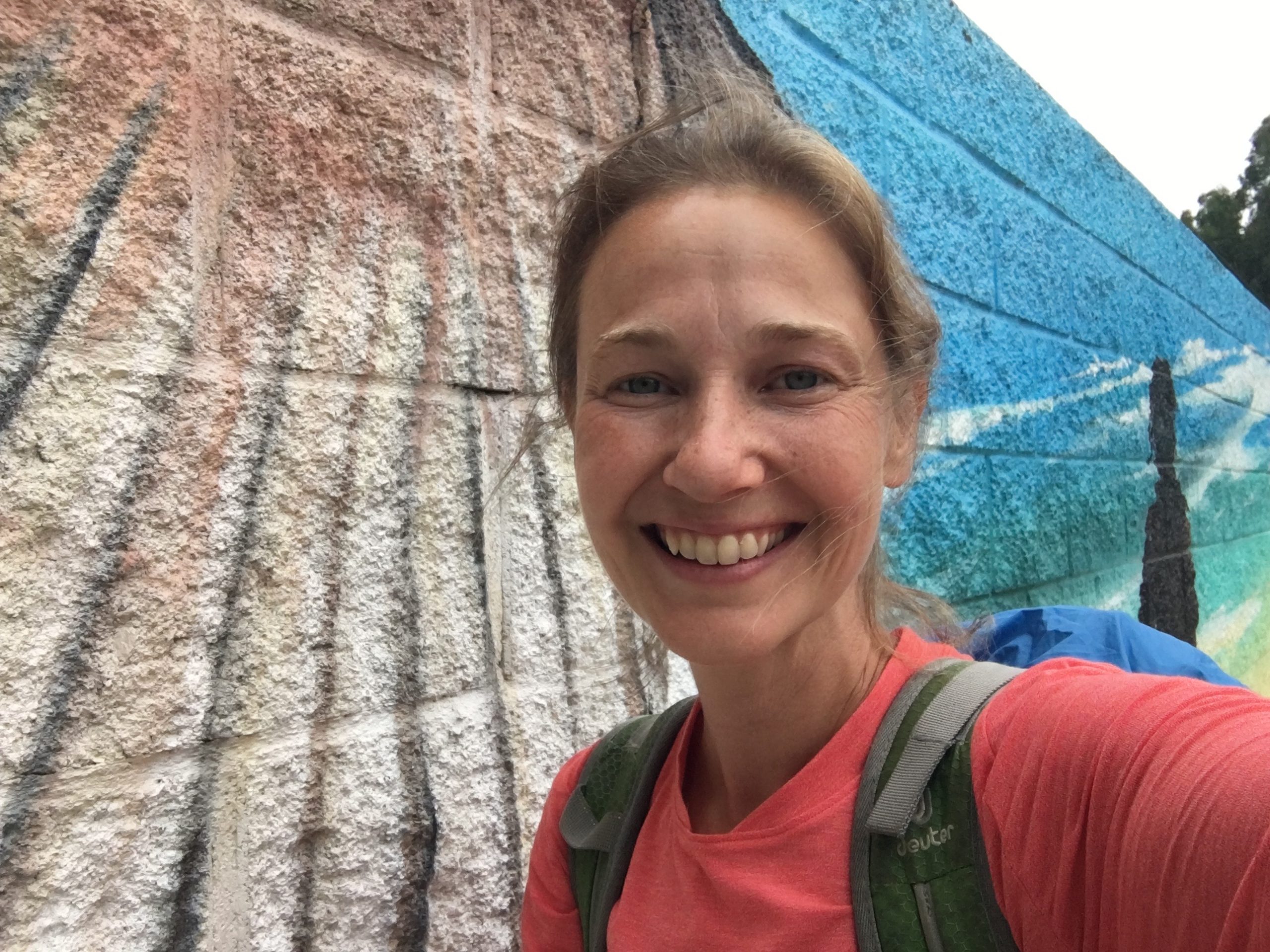