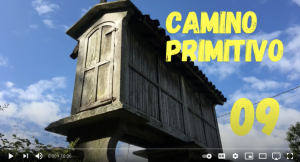 25km today, and now, of course, my body feels strong and maybe those Camino legs have really kicked in because the kilometers were easy and so of course I felt like I could have walked longer. I did my thing of walking fast and stopping a lot: for coffee, for an Aquarius, for photos, for peering into churches. 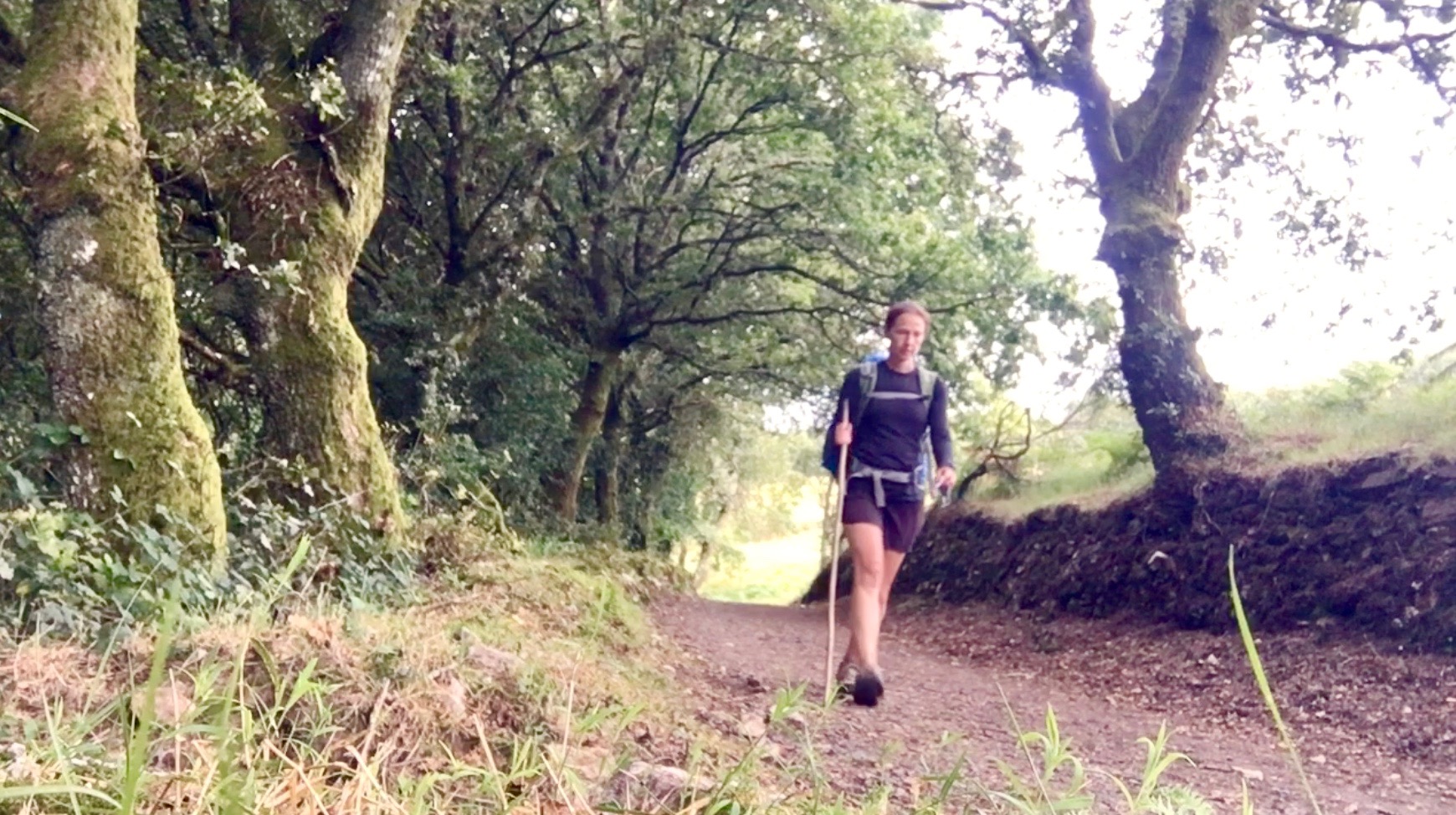 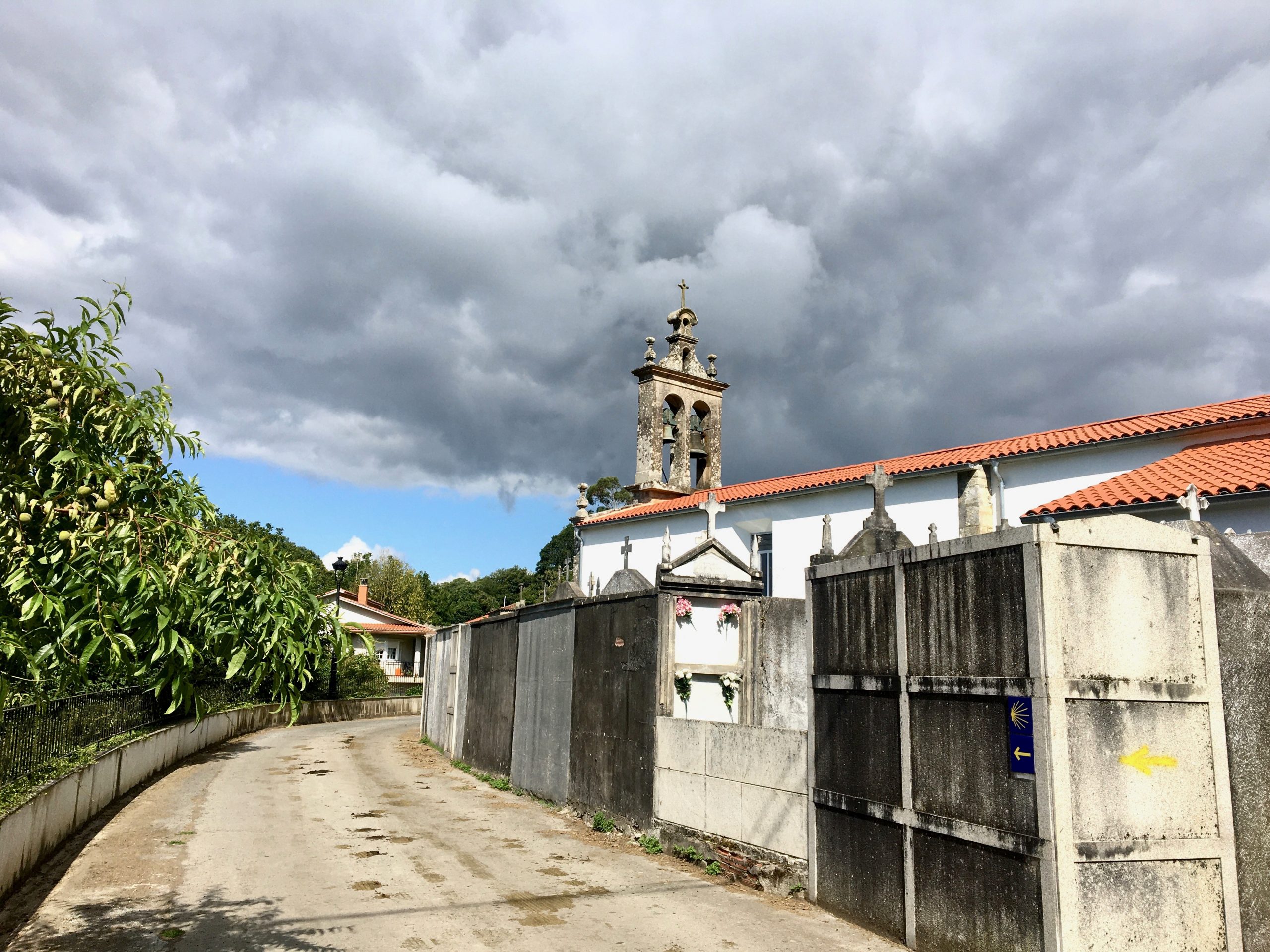 There was a stretch with a long, stony path, bordered by green pine trees and tufts of purple heather and what remained of a gray stone wall and this path seemed to go on and on, under a big sky, with Melide in the distance, clouds and sun and no one there but me. I loved it! I’d walked it before- I must have, back in 2015- but I couldn’t remember it at all. As I walked, I thought about how beautiful it was, how I felt as though I would never forget it, and wondered what I’d been thinking about when I walked it 6 years before. Why hadn’t it stuck in my memory? What had been my mood that day? Were my eyes focused on the ground, was the sky dark and stormy, was I walking with someone else? I might not have remembered this part of the Camino the first time I walked but this time, it made an impression. In Melide the Primitivo would merge with the Frances, and so these were the very last kilometers on the Primitive Way. I tried to soak them up, I tried to imprint the path onto my memories. Maybe I did. 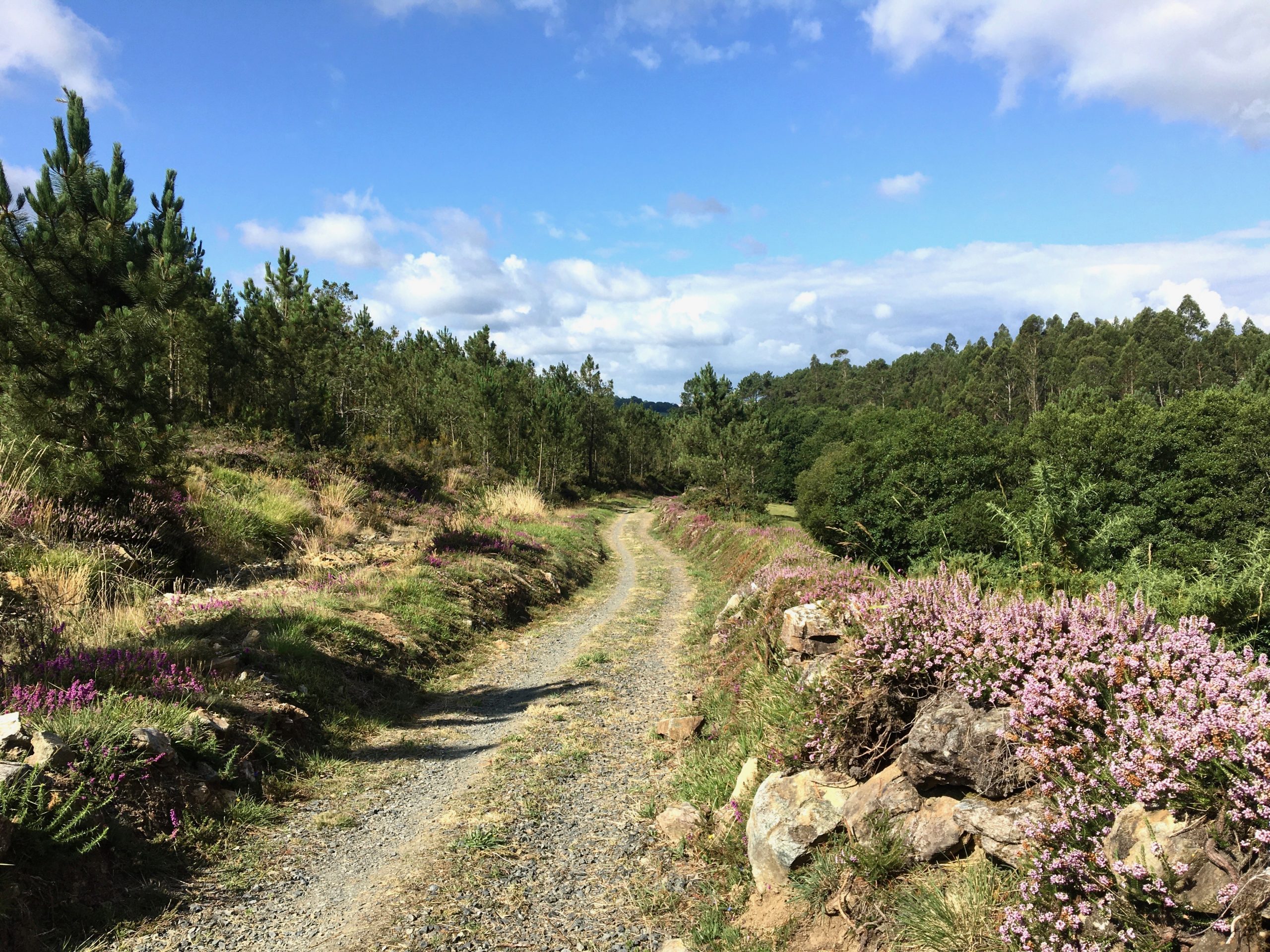 And then I arrived in Melide and I was surrounded by new and unknown pilgrims. This happens every time! I should be used to it!! But we’re all pilgrims and I told myself I only have a few days left until I reach Santiago, I can deal with a few more pilgrims on the path. But it makes me think of just how special the Primitivo is- every year and especially this year. What a special, special walk.

I passed through Melide, pausing for a glass of wine with a pilgrim I’d met that morning, then I continued on. I intended to get something to eat but I was flustered by the city so I just started walking, and then another 5km flashed by and I was at my albergue (Albergue El Alemán, Boente). I’d made a reservation just two days before; I’d been nervous about all the pilgrims on the last 100km of the Frances and reports that finding beds in this stretch was really difficult (especially considering I was now walking in the height of the summer), but luckily I had no trouble finding places to sleep. I think it helped that I was staying “off stage” (off of the typical Brierley guidebook stages, anyway), but in any case, I was pleased to not have to stress about where I would sleep. 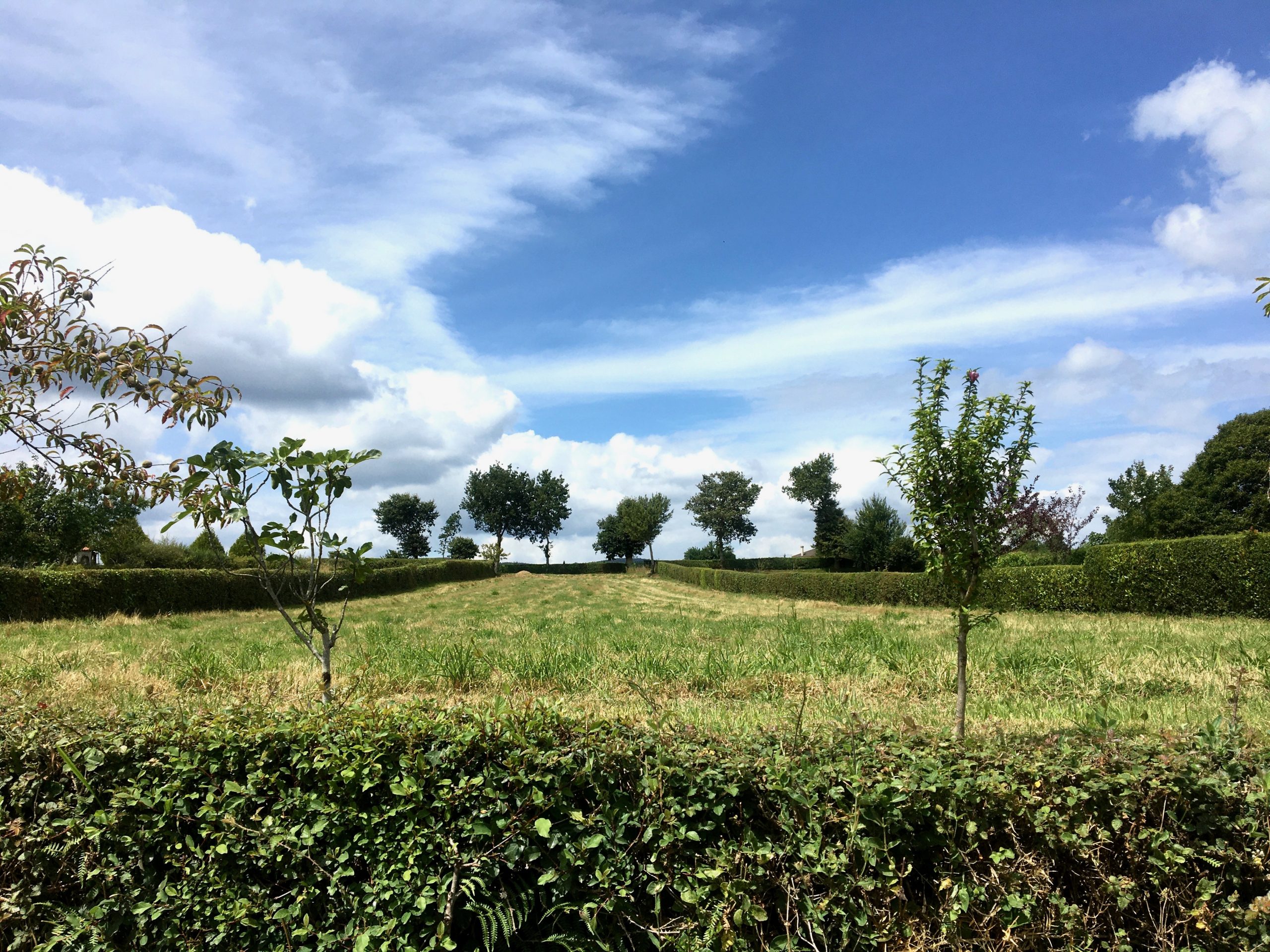 And this albergue was great! It had been recommended to me by my lovely host back in Vilar de Cas, and everything was just as promised: a beer garden with outdoor picnic tables under a large awning, a tiny restaurant/bar area with some basic pilgrim supplies, even a small pool to dip tired feet into! As I arrived, two pilgrims I’d met the night before were finishing lunch, and they invited me to their table and I ordered my own meal: a big salad, fish and roasted potatoes, cold melon for dessert. Those friends both continued on, and in the end there were only 5 pilgrims- including myself- in the albergue, and incredibly, four of us had been on the Primitivo! Even though I was technically now on the Francés, it felt as though I’d extended the Camino Primitivo by a few more kilometers.

Somehow I managed to eat more food for dinner just a short while later, after giving my feet a long soak in the pool. After eating every last bite of my big bowl of pasta (not only have my Camino legs kicked in, it appears that the Camino hunger has kicked in as well!), I finished the day with a stroll through the quiet streets of the village. 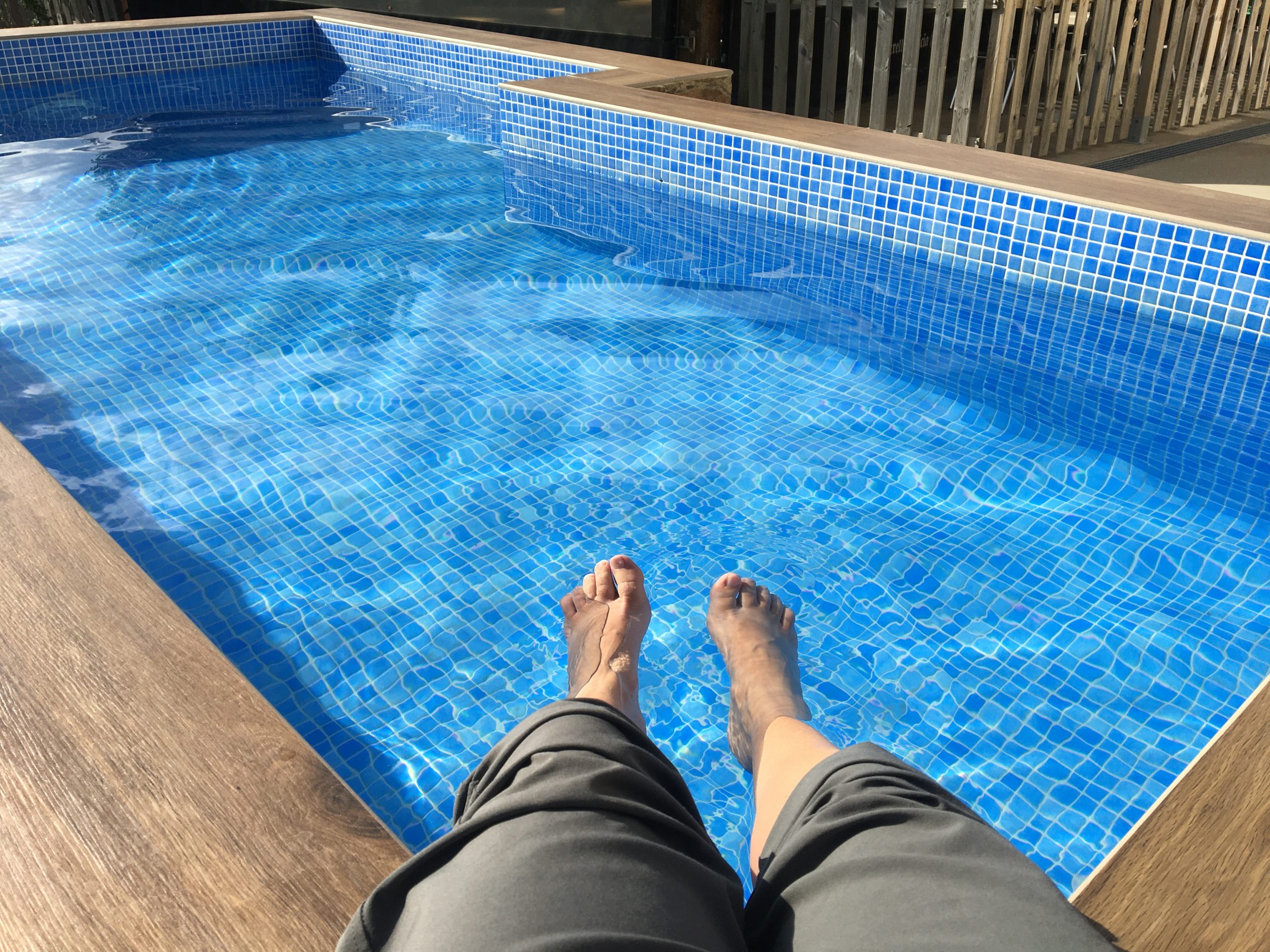 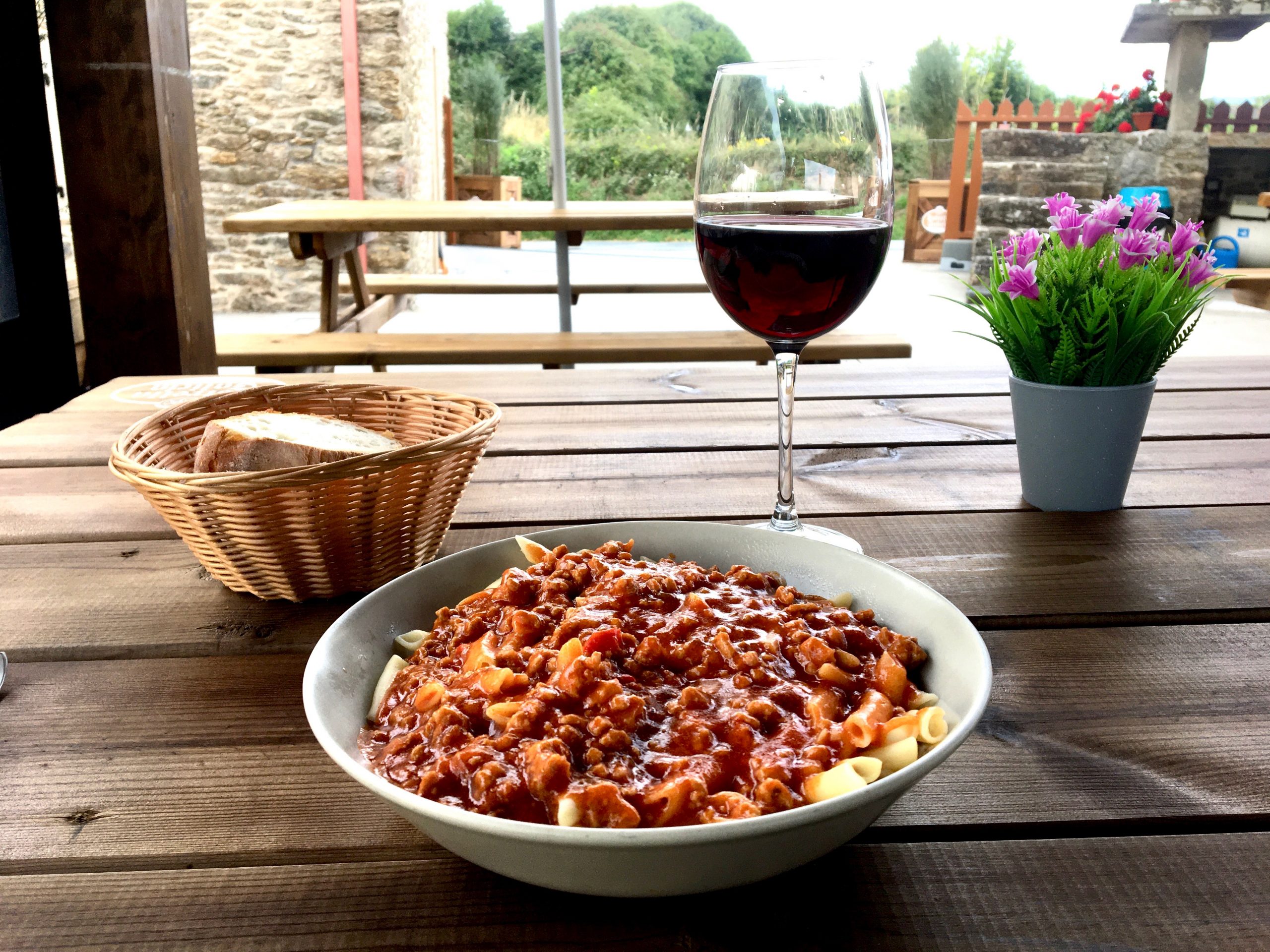 But the real ending was a small commotion I made in the bunk room of the albergue as I was preparing to go to bed. While trying to close the blinds of the window across from my bunk, I accidentally pulled the entire thing down and it fell with a crash. A Spanish pilgrim came over to see what the noise was and together we managed to get the blinds back in place, but there were little plastic pieces, broken, on the floor. I gathered them up in my hand and the pilgrim said- “Destroy the evidence!” and the hospitaleros had already turned in for the night and I couldn’t tell them about the window. So if you stay at the Albergue in Boente and the window shade falls down in the night, it is not a ghost!! It was just me. 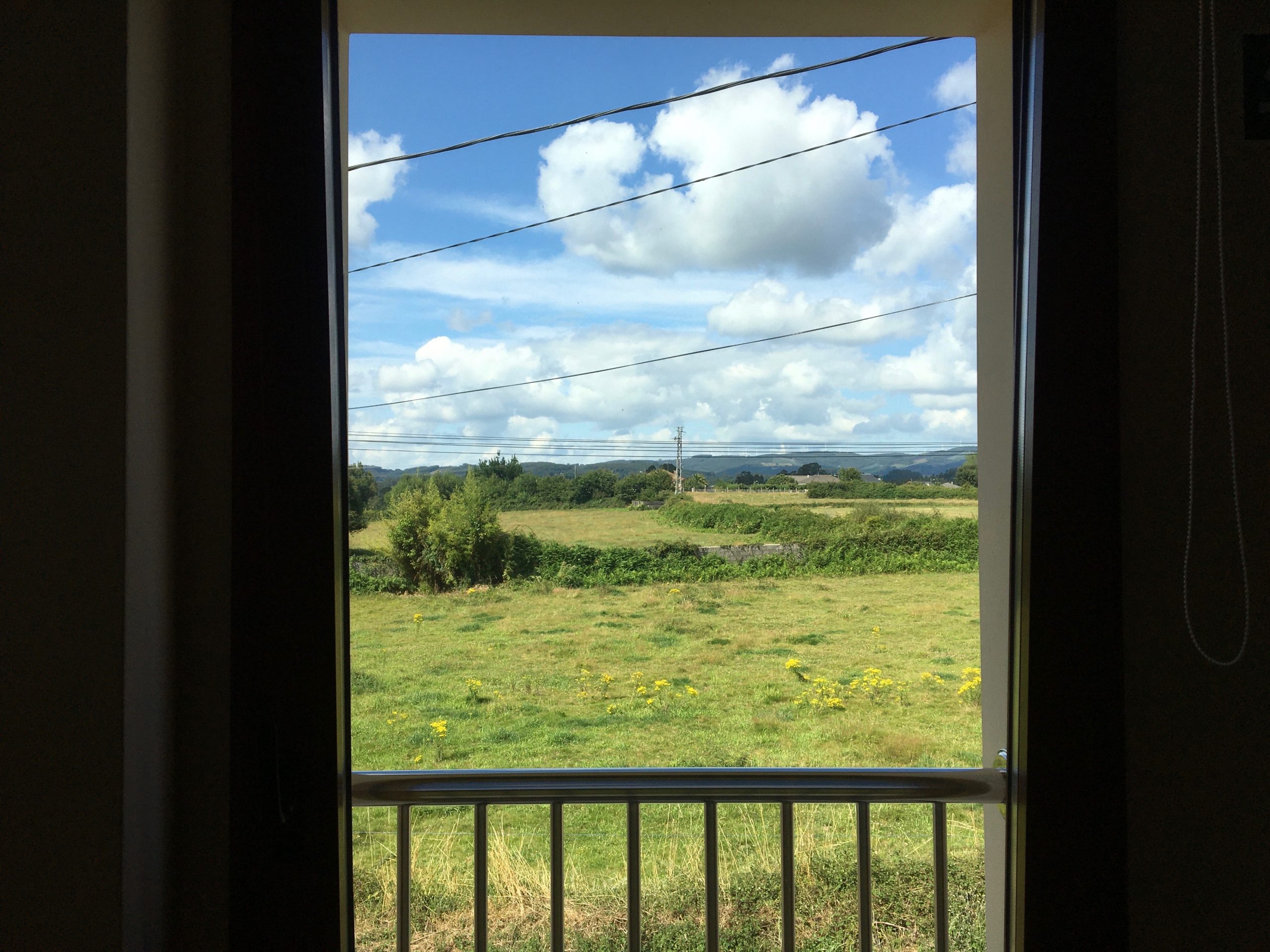