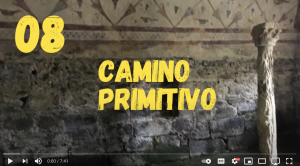 My day started in what is- for me- the best possible way: a large and creamy mug of coffee and some sort of bready and slightly sweet pastry in an charming old café in the main square of a Spanish city. The sun hadn’t yet risen but the sky was beginning to lighten, the streets were quiet, the espresso machine whirled and there was one other woman in the café, tucked away in the corner. My pack propped against the wall, my shoes laced tight, the hot coffee and a day of walking ahead. 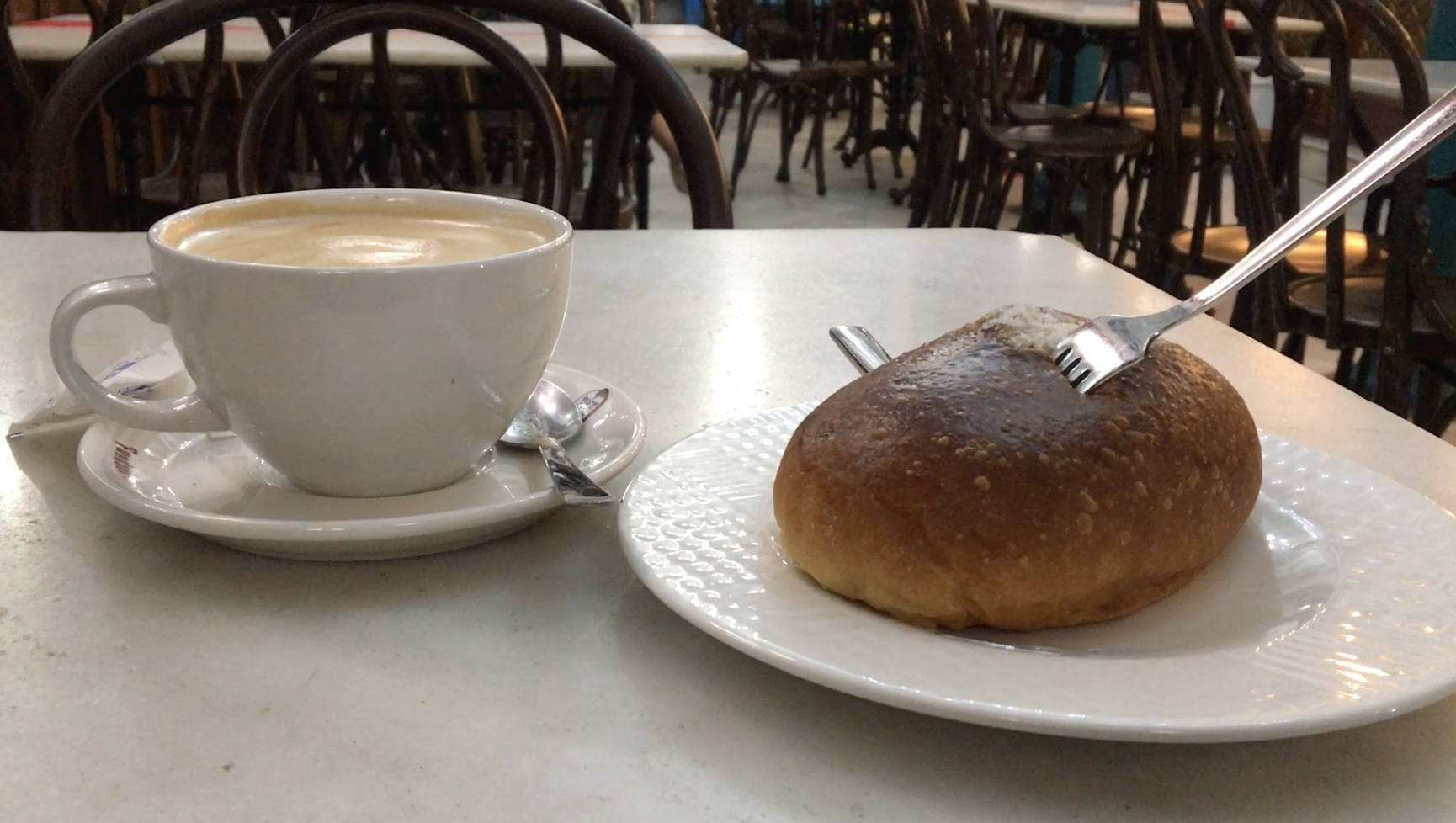 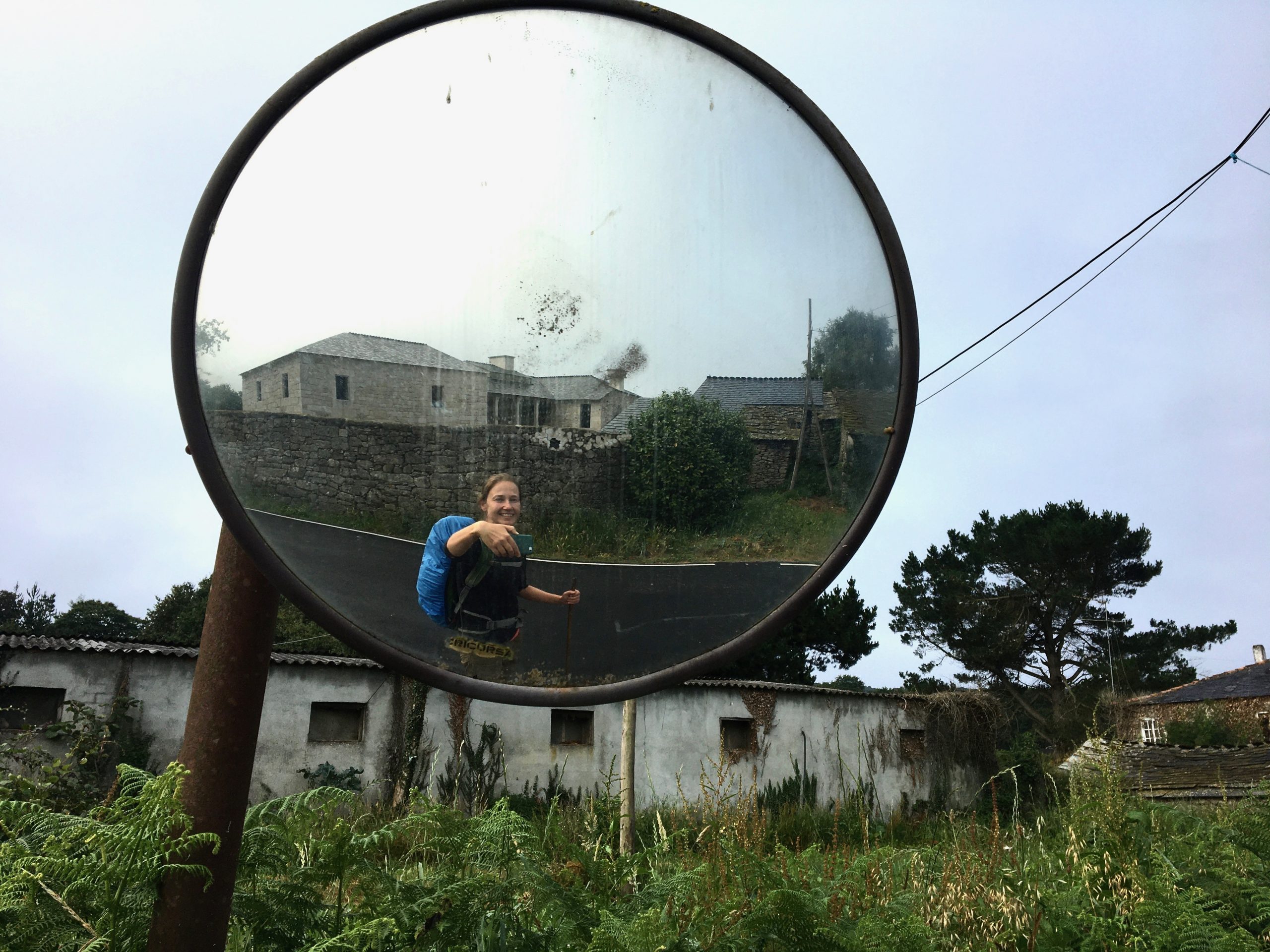 The highlight of today’s walk was detouring to see the Roman Temple in Santa Eulalia de Bóveda, just a couple kilometers off the path of the Camino. I’d only given a cursory glance at what I was going to see, and on the way there I sort of thought I was going to see an old church (I’m going to blame it on the Camino and being in a new place everyday and never quite remembering where you’ve been or where you’re going). I arrived, figured out how to find the tourist office (this makes the place seem like some bustling city… it’s not. It’s a super tiny, deserted village with some houses and a church, and this little room that acts as the tourist information center). Luckily I arrived during their open hours, and I knocked on the door and a woman appeared and said something and of course I was confused and I went to try to find the temple (you’d think it would be obvious- but really, this was a very small, nondescript Spanish village, much like so many others I had seen before. The fact that an ancient temple was tucked away somewhere here was pretty amazing!) and finally I realized it was behind a locked door and I had to wait for the woman with the key. 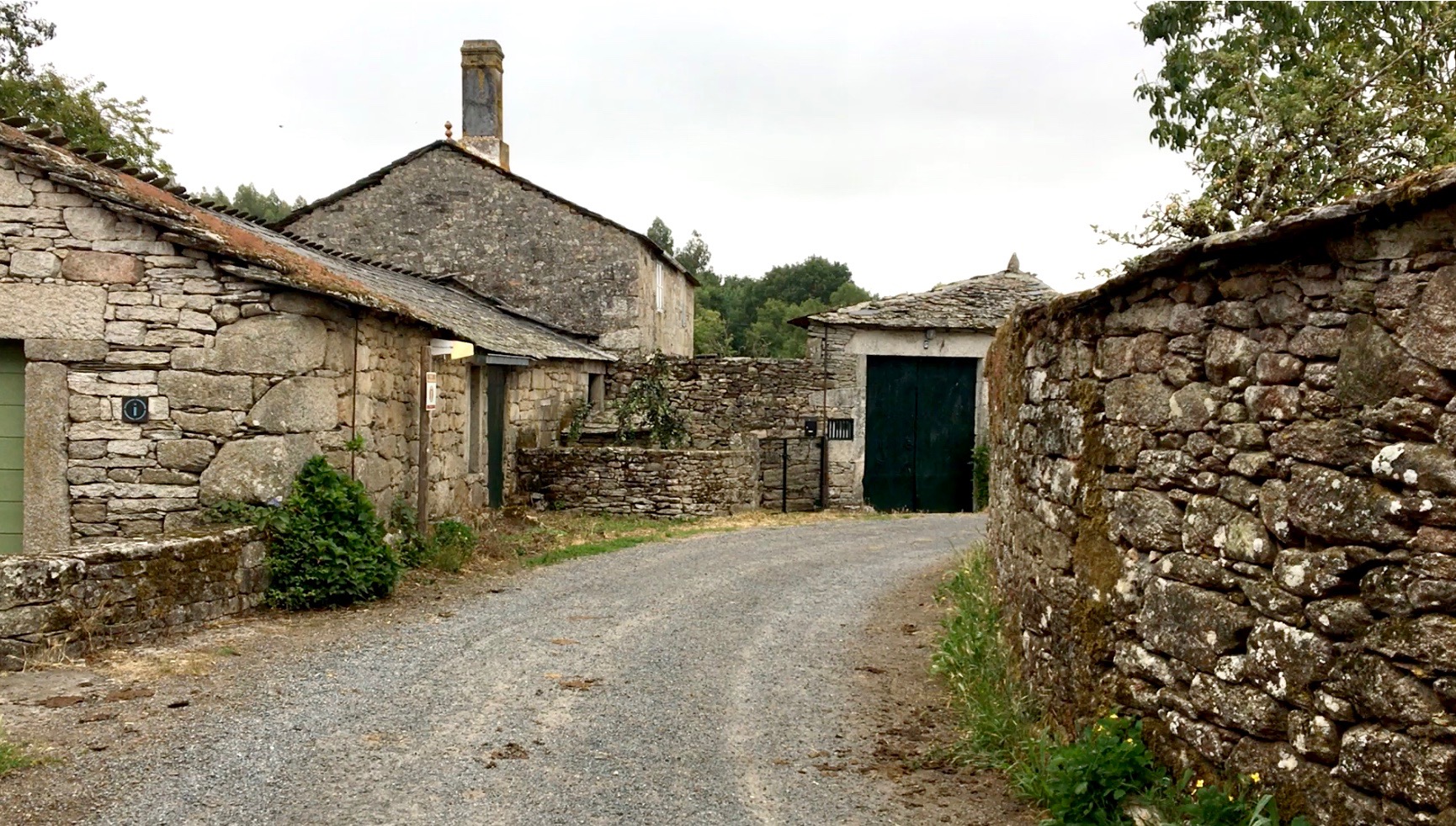 She opened a door, led me down some steps, and I walked into a dark space and was blown away. This 3rd century Roman temple was only discovered in the 1940’s, and it’s so tucked away (underneath the church!) it’s incredible that it’s there at all, and that I somehow managed to find my way there. And I felt lucky to get to see it- I needed to have known about it, I needed to walk a few kilometers off the Camino, the tourism office needed to be open and staffed, all of it seemed to need to come together to get to be in this pretty special spot. 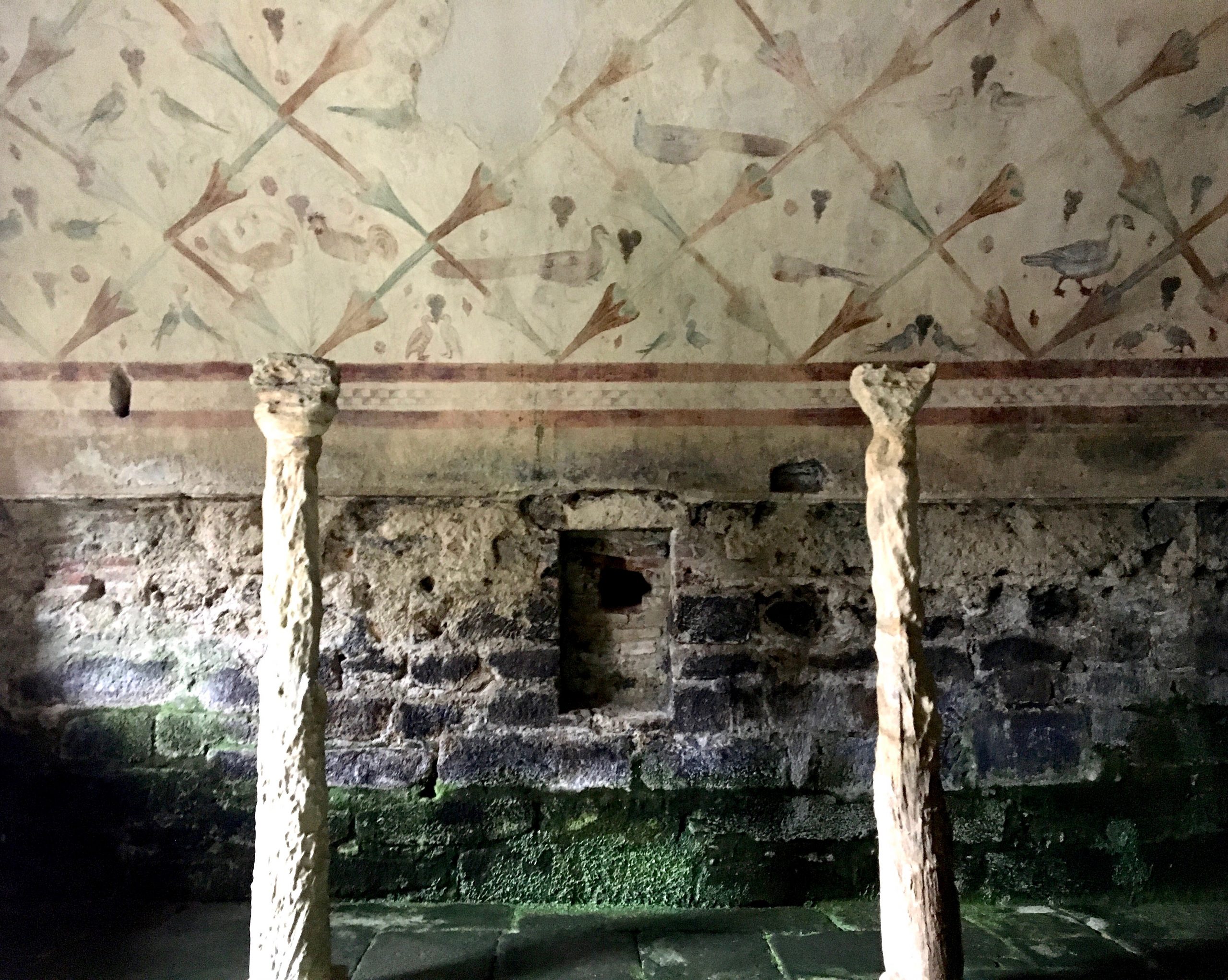 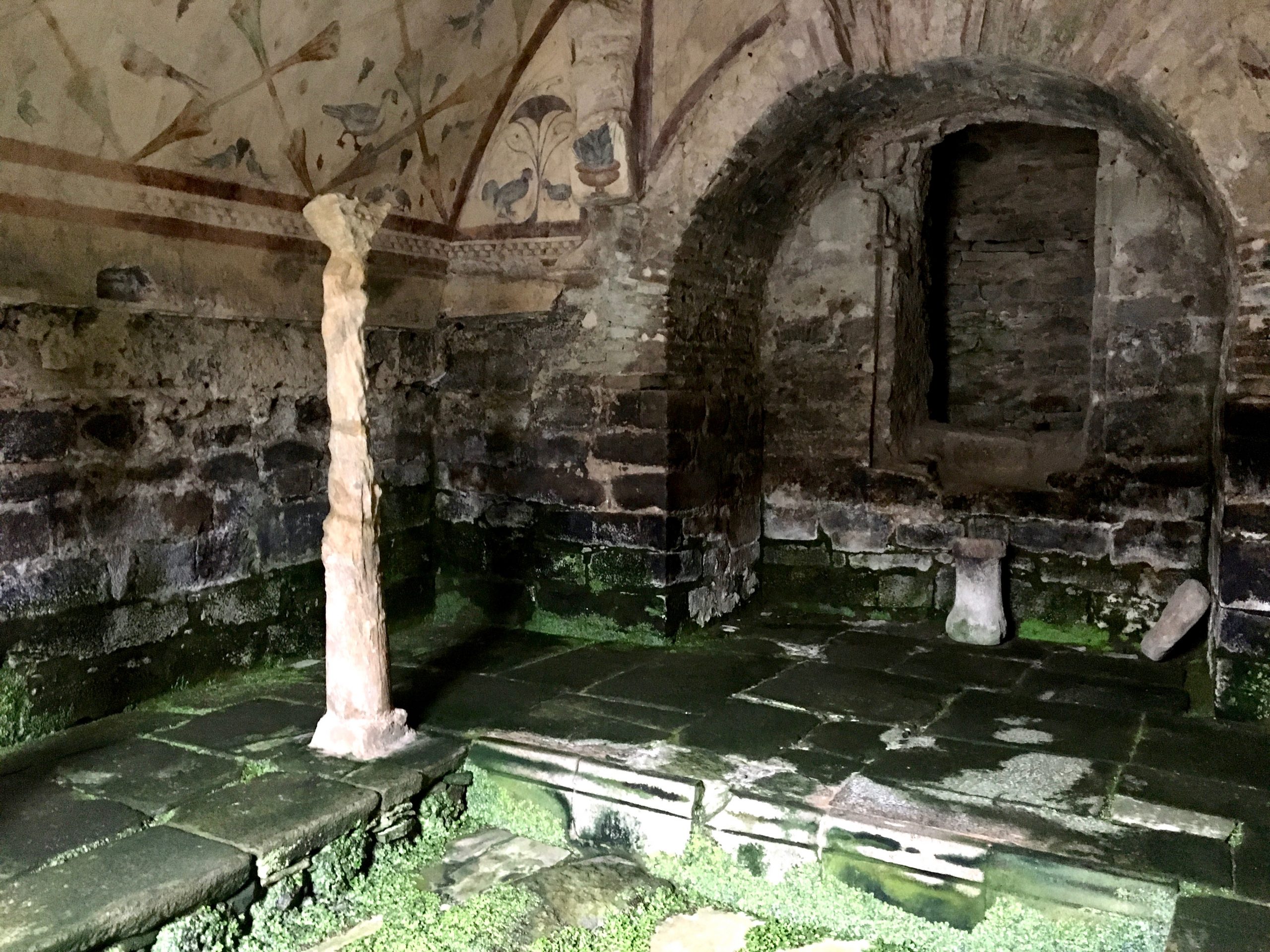 The rest of the walk felt good, the time passed quickly. It was an overcast day, and cool. There were no services for most of the walk, not until a bar about 7km before the end of the stage, and while I was taking a break there I saw several pilgrims I knew- Kinka was eating a sandwich, Andre walked by with his friends. An American and an Italian came up after I’d arrived and we started talking and just like that, it felt as though I had new friends! The Primitivo has felt really special, and I’m not sure if it’s just a particularly nice batch of pilgrims, or if it’s the unique nature of walking this year. Maybe both. I’ve said this before but the connections happen fast- you can chat with a pilgrim for 15 minutes at a rest stop, see them again in your albergue, and be laughing like you’re old friends. 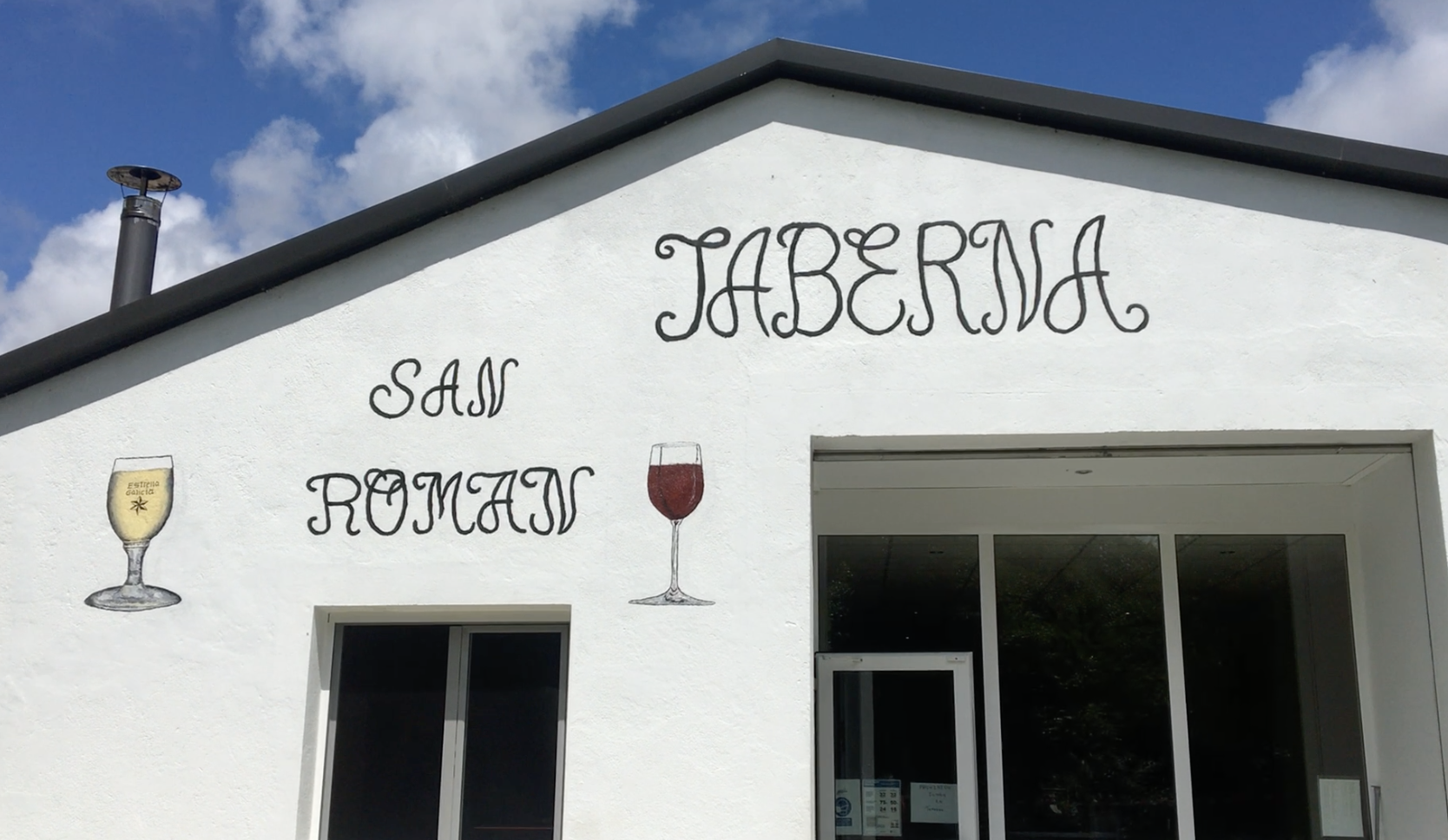 And that’s exactly what happened: Simone, the Italian, was staying in the same albergue as I was, and we checked in at the same time, got settled into our bunks, took turns taking a shower, and then whiled away the rest of the afternoon in the lounge of the albergue. It had grown cold outside, and stormy, and I was wearing every layer I’d brought with me, but it was warm in the albergue and once again, I’d found another great place: the Albergue Ponte Ferreira, owned by a wonderful Dutch couple, who greeted pilgrims with small mugs of mint tea and an incredible homemade dinner. We all filed into the large dining room when it was dinner time- there were 6 of us- and were treated to a crisp salad with avocado, big slices of cheesy quiche, pasta with a hearty meat sauce, bowls of vanilla ice cream with slivers of banana and a dollop of whipped cream. And wine and bread (of course!). Simone and I laughed and joked and it was like we were old friends, though we had just met earlier in the day, and once again I was with a new group but we were all, mostly, new to each other and it seemed like I was able to fit in easily. 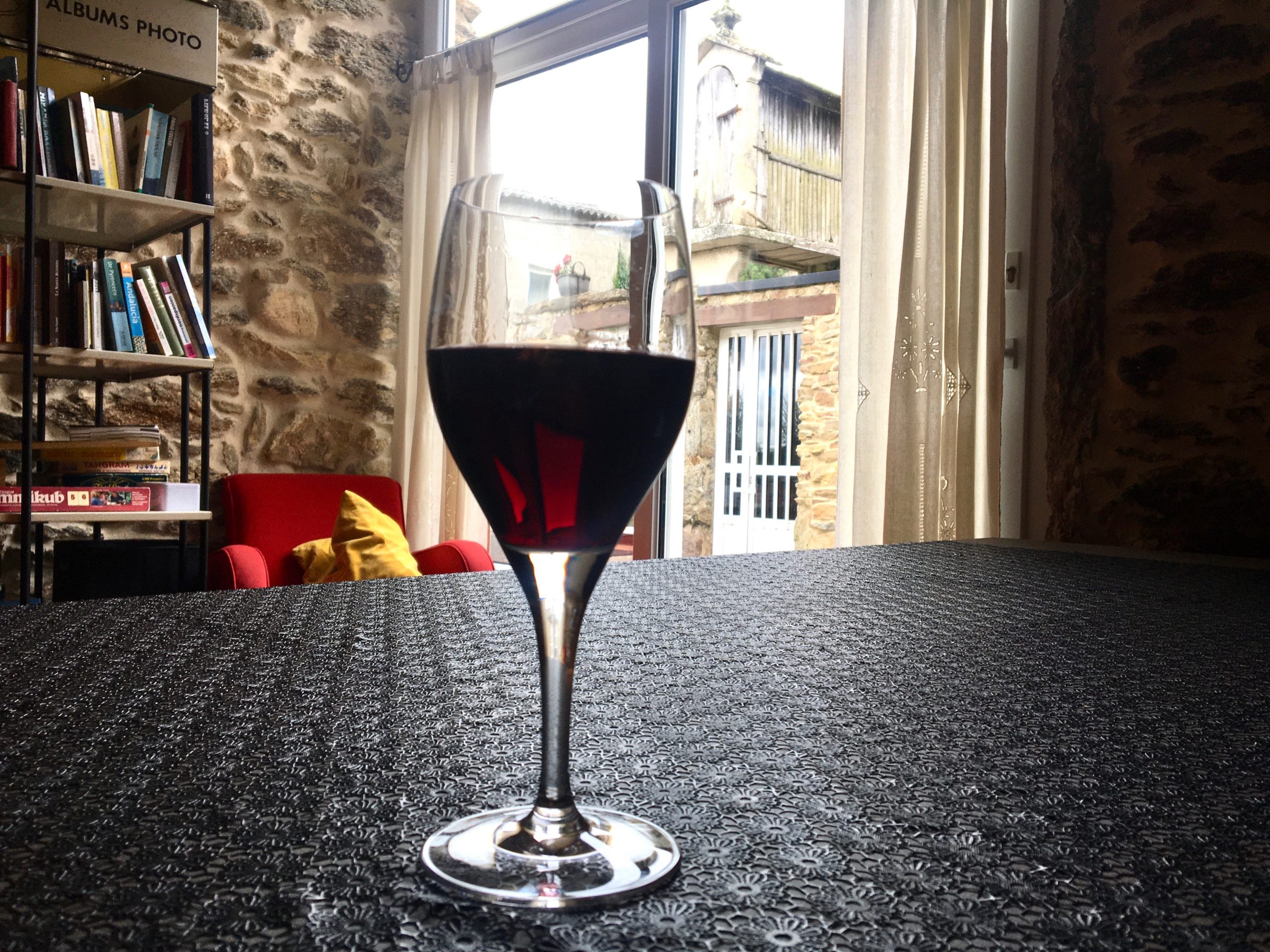 I fell asleep quickly, in my bunk in the corner of the room, under a freshly washed blanket (not all albergues were providing blankets during COVID, but this one was- you just had to request it!). A satisfying walk, a nourishing meal, the easy connection of fellow pilgrims, the knowledge that my Primitivo was nearing its finish, wrapped up and warm in my bed, safe and sound.