I was reading a post the other day, from my Camino buddy-in-blogging, Beth. As I read I realized how nice it was to hear her voice. I knew she wasn’t out walking in France or in Spain, but that wasn’t why I opened up the post. I just kind of wanted to hear how she was doing, if she was thinking about the Camino, if she missed walking, if she was restless or energized, in despair or filled with hope.

And then I started to wonder if maybe I should l find my way back to my own blog, and post an update of my own. ‘Update’ feels like the wrong word, because not much has been happening. I was on a family FaceTime call today, and I opened my mouth to give some news, but realized I didn’t have much to say. What has changed day-to-day? It starts to feel tedious to say that I went on another walk, I baked another cake, I read on my porch. 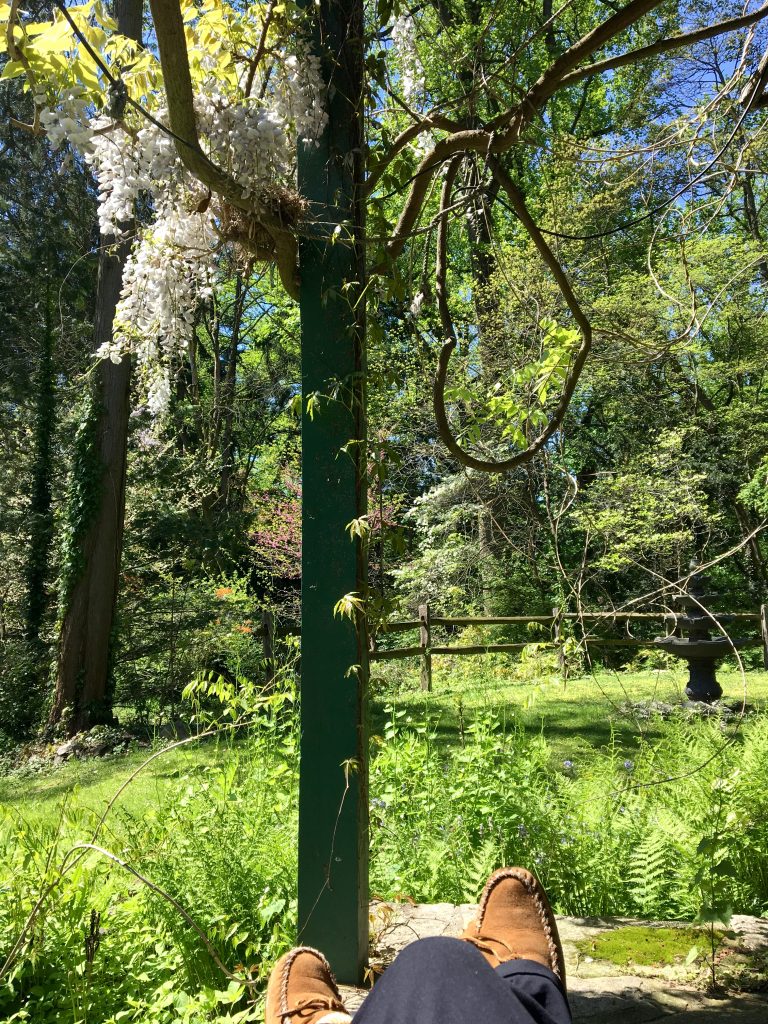 So maybe this isn’t an update, but I’ve used this blog to write about my thoughts and feelings too, so here we are. Have I blogged at all since being under stay at home orders? I don’t think so. In fact, I think in my last post I wrote about travel considerations in the time of coronavirus, which feels a bit ridiculous now because a few weeks after I published that post, all travel shut down, just about completely.

It feels a little hard to write about travel. I didn’t go to Japan- a trip that was scheduled for the beginning of April- and I’m not going to Europe this summer, either. Well, despite my June flight having been canceled, I’m still harboring some wild hope that there could be a chance that I could sneak away to La Muse for a week in late July, or August (I know that the odds are less than slim, but I’m letting myself have this hope, because I think I need it). 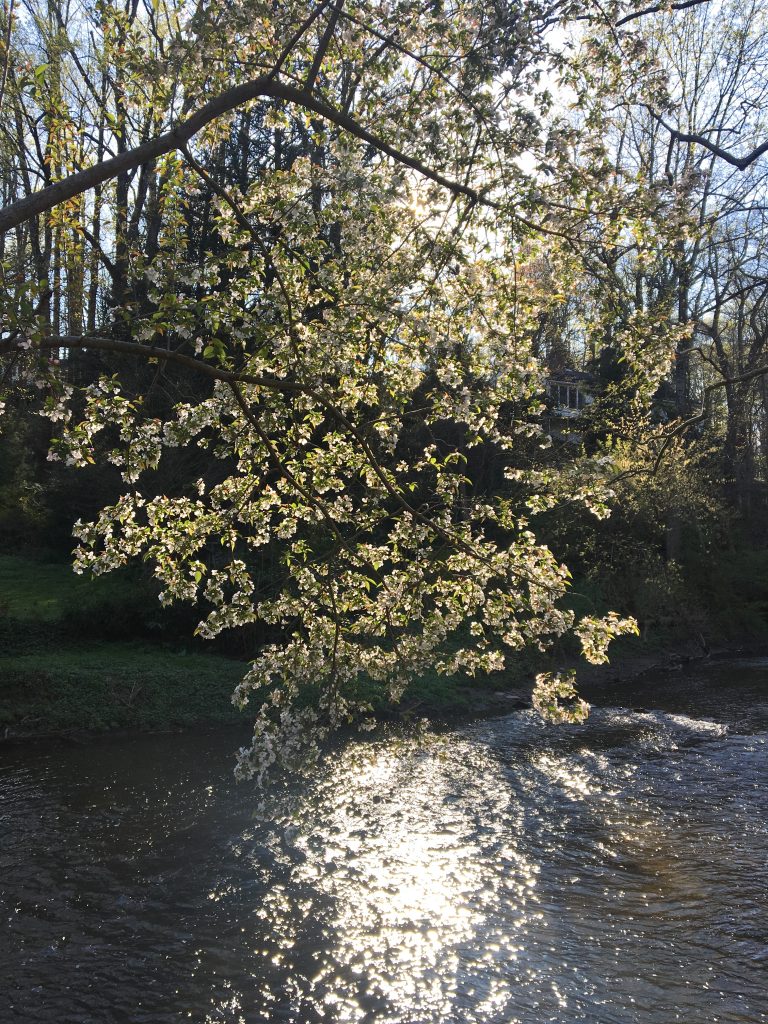 I was supposed to walk in Portugal this summer, on the Camino Portuguese, but also on the Fisherman’s route, and then I would still have some time to do more walking in Spain, at least from Santiago to Finisterre, but maybe even the Camino Invierno if the timing was right. I’d given myself 40-days to walk, the most I’ve ever walked in one go, and it felt right. There have been a few years- last year in particular- when I wasn’t quite sure what I wanted to do, where I wanted to travel, which route I wanted to walk. But plans seemed to fall together so easily this year. Once the idea of the Kumano Kodo in Japan lodged itself in my mind, I couldn’t shake it, and it seemed to work perfectly: an inexpensive flight, rooms booked despite the late planning, a chance to see the cherry blossoms.

I’ve always had a vague sort of sense that I’d travel to Japan ‘one day’, but it always felt so far, so difficult, so out of my league. But after I did a little research and started to see how a trip might come together, I realized that I was more than ready to tackle Japan. Again, it felt right. I was doing something new, something so exciting. And it made a decision about my summer feel easy, too: by going somewhere new in the spring, I felt free to go back to Europe to do my favorite things: walk a Camino and spend time at my writer’s retreat, La Muse. I found a perfect flight for the summer too: an unbelievable price that took me into Lisbon, and the return out of Paris. It couldn’t have been more perfect! 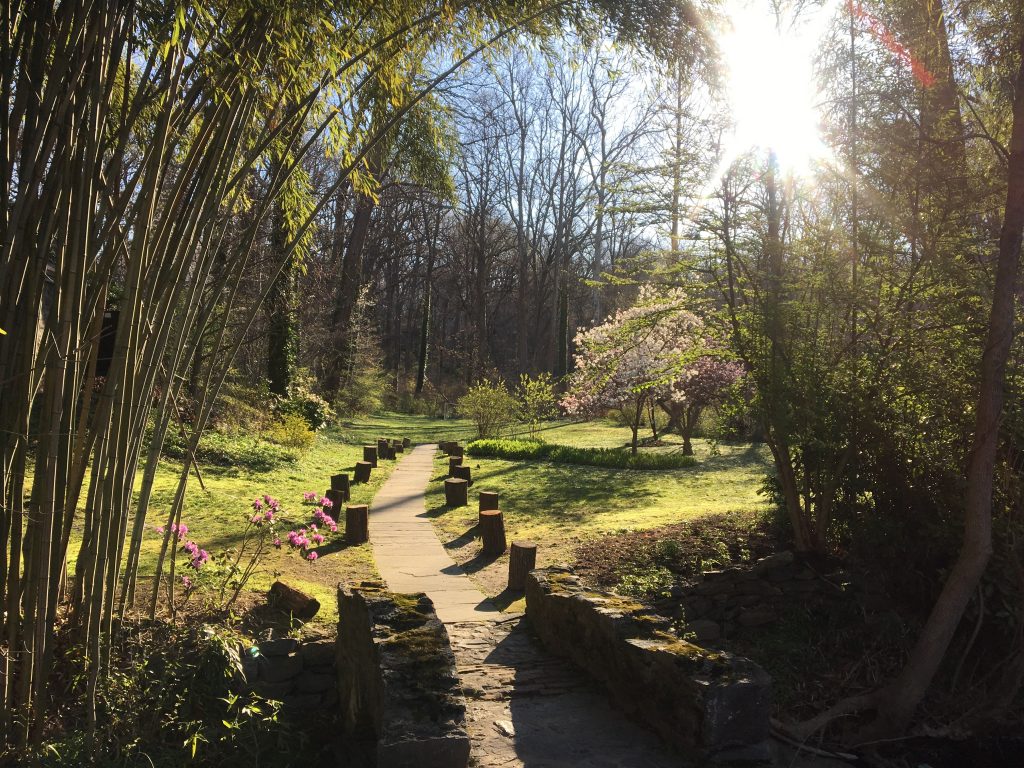 To have travel canceled any year would have been a blow, but for some reason it felt particularly cruel this year (although- and I’ve thought about this a lot- does it feel worse only now that I can’t have it? I’ve always appreciated my ability to travel and the time that I have in the summers, but I wonder if it feels even sweeter, in hindsight, now that it is (temporarily) lost). But I do wonder if it feels harder this year because I felt so settled. For the last seven years, ever since I walked my first Camino, I’ve continued to return to Europe, searching for something: to push myself further, a new adventure/experience, a community. Some years, I’ve wondered if I should skip a summer of walking, and see some new countries, instead.

But I didn’t have those questions this year. I felt so confident in knowing what I wanted, confident in the life I’ve built for myself, in the things I’ve grown to love, in the community that I have built from my summers in Europe.

There are other things about these last few months that have been hard, but if I’m going to talk about anything here, it will probably be about travel. But I can’t publish this post without acknowledging that I still have a job, that my family is healthy (even my two grandmothers: 89 and 101 years old! I still worry, so if you have a moment, send a good and warm thought out for my Babas). I live alone, so I’ve been particularly isolated during this long stay-at-home order, but I can’t even really complain about that. For better or for worse, I like being alone, and video-chatting (plus a job where I spend many hours a day conferencing with teenagers) makes it not too difficult to hunker down and not see anyone. And, as I mentioned at the top of this post, I’ve been spending my days walking and reading on my porch and baking bread and cake and scones. I’ve made pesto from scavenged wild garlic mustard, and syrup from the violet petals I picked in my yard. I’ve done a few puzzles and turned myself into a Vermeer painting (this was early on in the quarantine; I thought I’d do a series, but I’ve lost some of that initial energy). I’ve also been writing every day; not in a big way, just small, daily diaries that I post to Facebook. I’m not sure how Facebook became the place where I shared my musings, but so be it. I’ve been taking photos every day and sharing those, too, and I think that small daily habit of writing and taking photographs has been really good for me. I won’t continue forever- in fact, I think I only have another week or two in me- because then I want to turn to other writing. 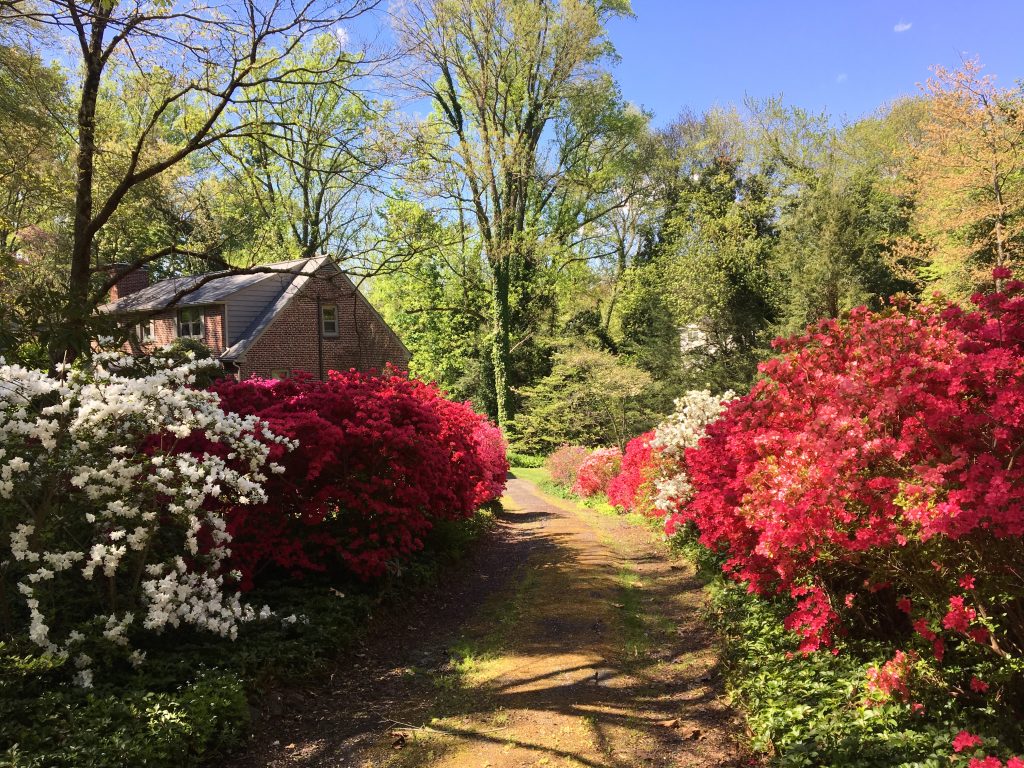 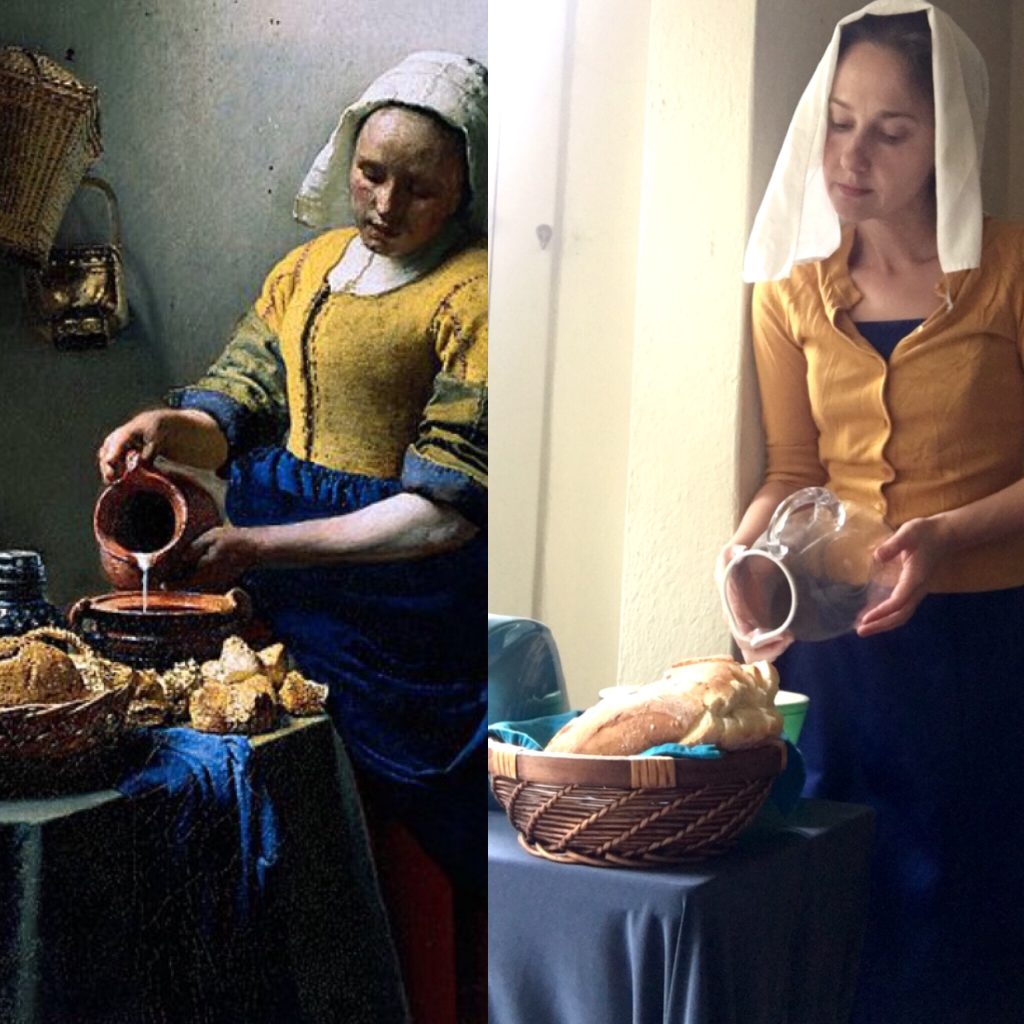 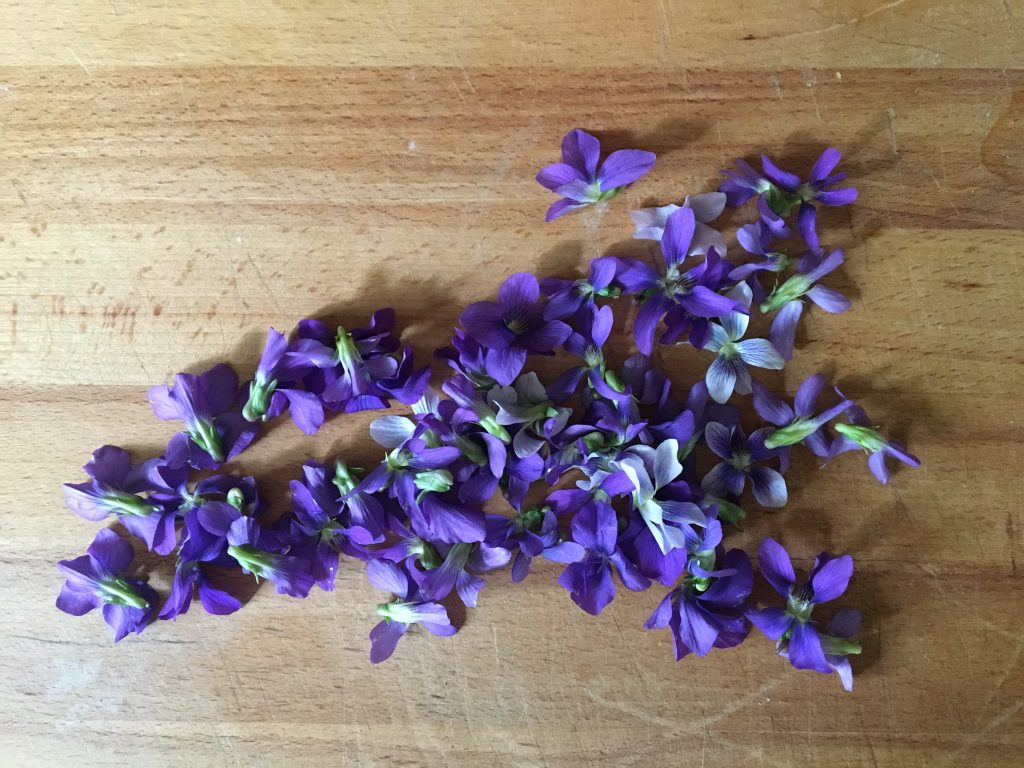 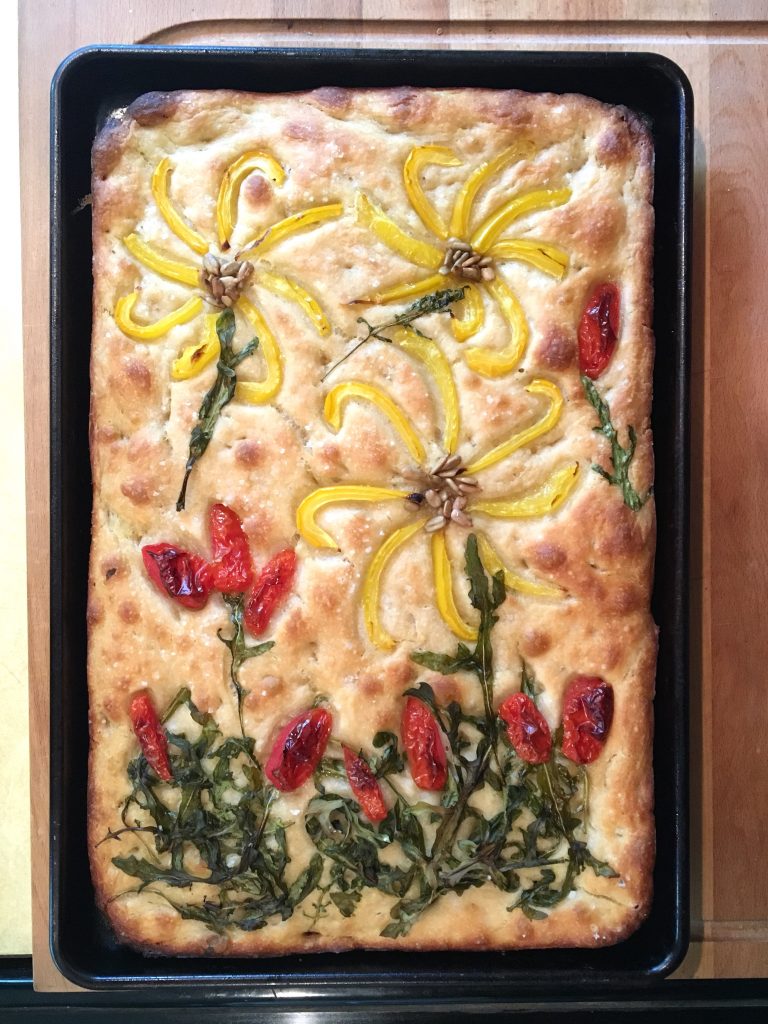 What’s a summer of my life without travel, without a long walk, without the view from my window at La Muse? I’m not sure, and it’s hard to face, but I’ll need to come up with something. I’m going to have a few months at my disposal. The obvious answer, the one that is trying to knock me over the head, is the one that says: “Nadine, finish your book!!”

It feels inevitable, doesn’t it? I can’t spend 40-days walking through Portugal and Spain, so maybe I should finish writing about that first time that I walked through Spain. Face the difficult parts of the book, do a little research, a lot of editing, find a few people who might be willing to read a few chapters, and see what happens.

So that’s one part of my summer. And the rest? It’s hard to know what this country is going to look like in a few weeks or a month, but I’ve been tentatively putting together notes for a little backpacking trip, and a road trip to the mid-west (I know that Nebraska is not Europe, but I’ve always had some strange fascination with Nebraska, and this could be the summer that I finally make it out there). It might be impossible to do any traveling like this at all, even a road trip or a backpacking trip, but I’m going to remain hopeful. 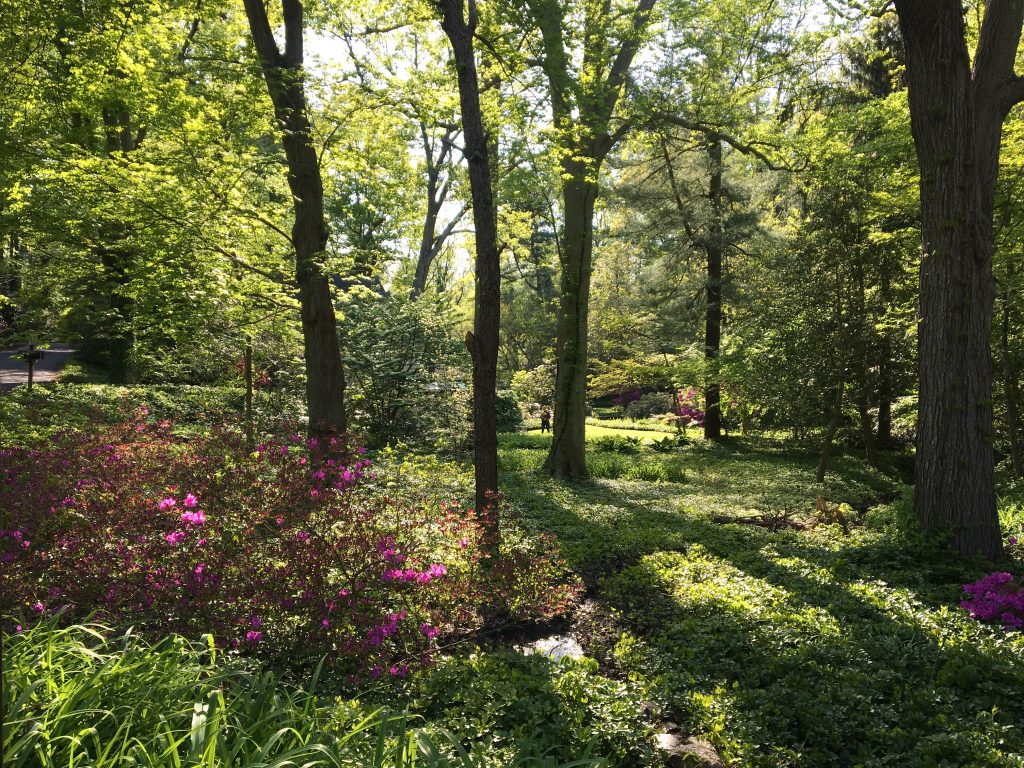 Yesterday, over on Facebook, I wrote about a cake I tried to bake. I followed a recipe for a Berry Buttermilk Cake, though I didn’t have buttermilk. In the end, it turned out that I didn’t have berries either (where did those frozen blueberries get to??), and all I could do was laugh at my buttermilk-less and berry-less Berry Buttermilk cake. It felt like an analogy for my life, for maybe all of our lives: trying to bake cakes without the key ingredients. But someone commented on my Facebook post, saying it’s what we do with those ‘berry-less’ cakes that matter.

Which is the truest thing I know at the moment. This virus isn’t personal, we’re all affected, every single one of us. I can get caught in feeling frustrated about a plain cake sort of life, a life that’s supposed to have the berries in it, but I can’t let myself get stuck there for too long. I’ve got to make the best I can with the ingredients I have.

I’ll try to write more here in the next few months, to keep you updated on the different kinds of adventures I’m having this year. I hope you’re all well, finding hope and peace and creativity and energy where you can, making the most of your berry-less cake days. More (hopefully) soon. 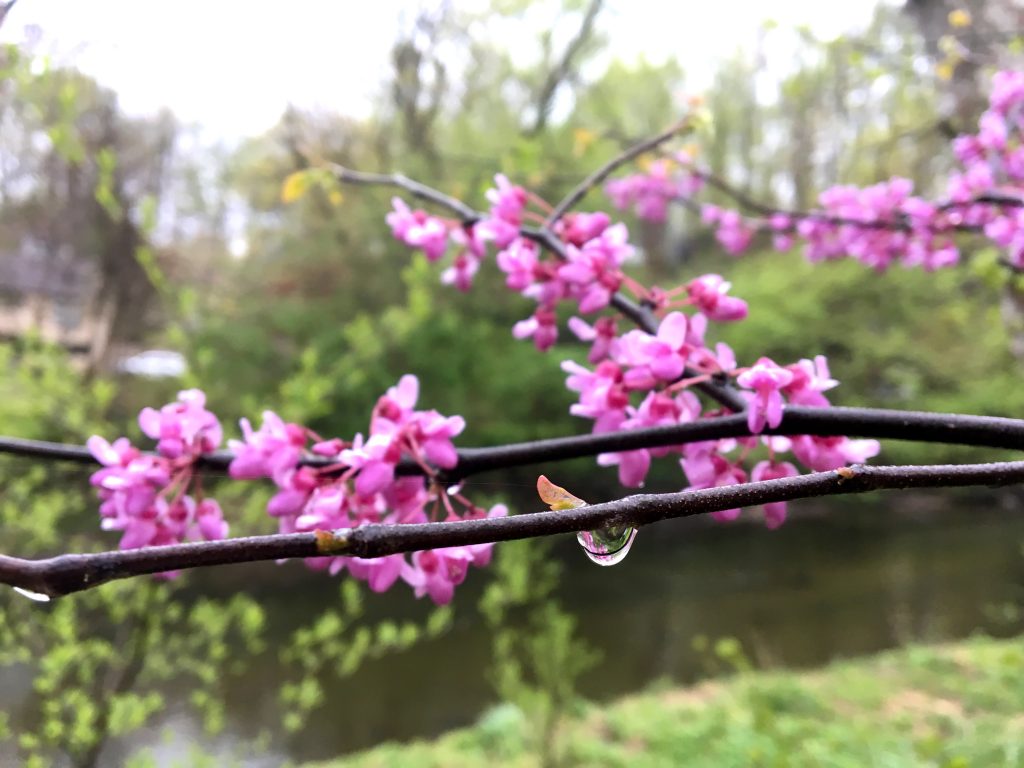