What will this year’s Camino be about?

A quick recap, for those who may not have read my last post: I’ll be setting off from France and crossing into Spain on the Camino Aragones, followed by a stretch on the Camino del Norte. The trip begins in just under a week. I should have about 28 or 29 days of walking, and though I won’t make it all the way to Santiago, I am going to be able to sink into a nice long walk across Spain. 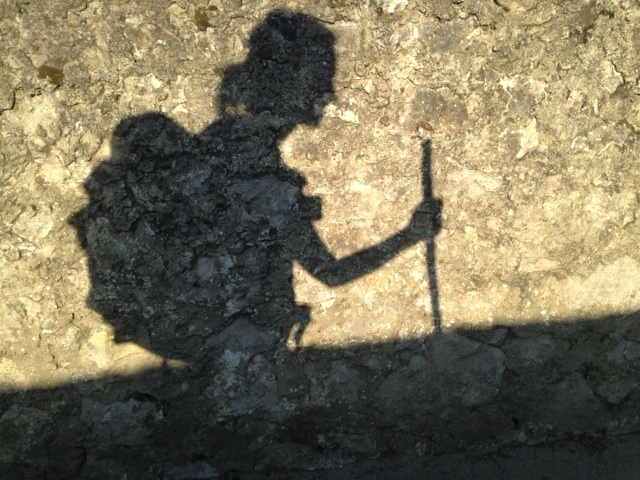 But there’s something about this year’s trip that feels a little different. I’ll be walking a new Camino- the Aragonés– and that will be about 10 days of the trip. But the other nearly three weeks will be a repeat; I’m going to return to the Camino del Norte, and walk a portion of what I did in 2015.

I’ve been wanting to return to the Norte, and yet I worry that repeating an experience while there are still so many other walks out there will make me feel restless. I can’t know what I’m going to be feeling until I’m out there, walking, and mostly I think I’m going to love my summer. I knew I wanted at least another return to Europe, and I wanted another taste of Spain. The Camino del Norte was where I felt like I really settled into walking, where I really owned my Camino, and that was a powerful experience.

But still, I think: what will this year’s Camino be about?

Every other year had something. Something new or something different, a challenge, an experiment. The 2014 Camino Frances started it all, and as I set off from St Jean I didn’t know if I would be able to make it to Santiago. Everything was new: my pack and my shoes and my clothing and all my gear and I’d never done anything remotely like this before. 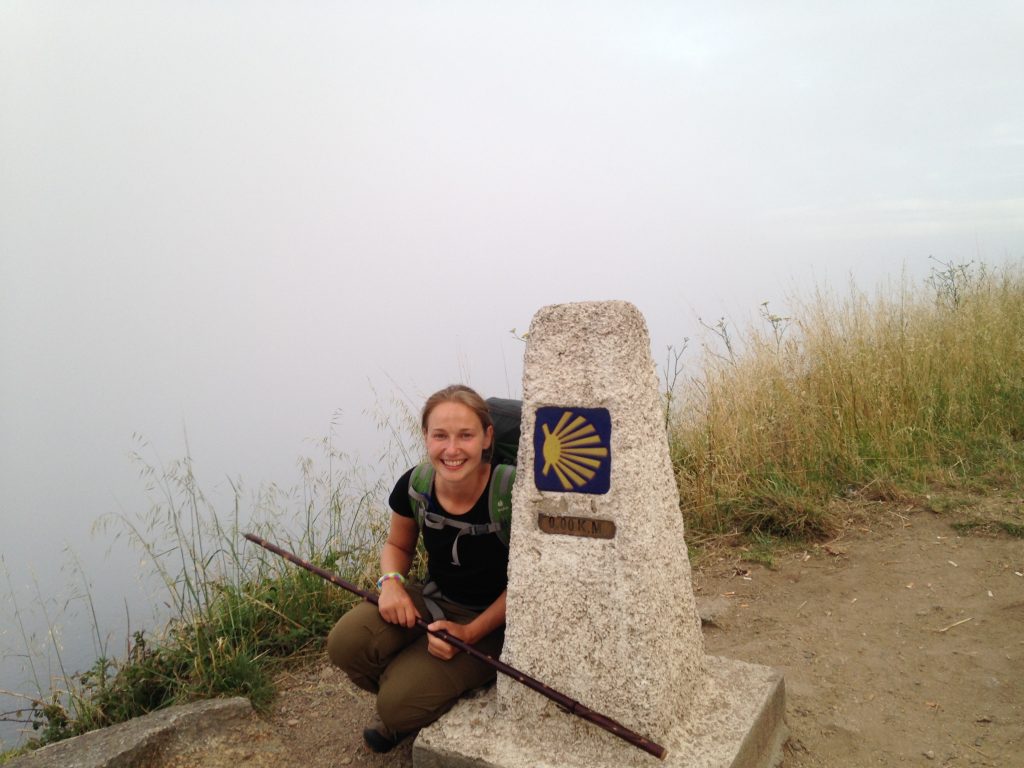 The 2015 Camino was on the Norte, along with the Primitivo and a super fast walk from Santiago to Muxia. In many ways, this Camino felt like a continuation of the year before, it’s where I asked myself if I really loved this walking thing, where I asked myself how I wanted to walk, where I challenged myself to walk how I needed to walk. 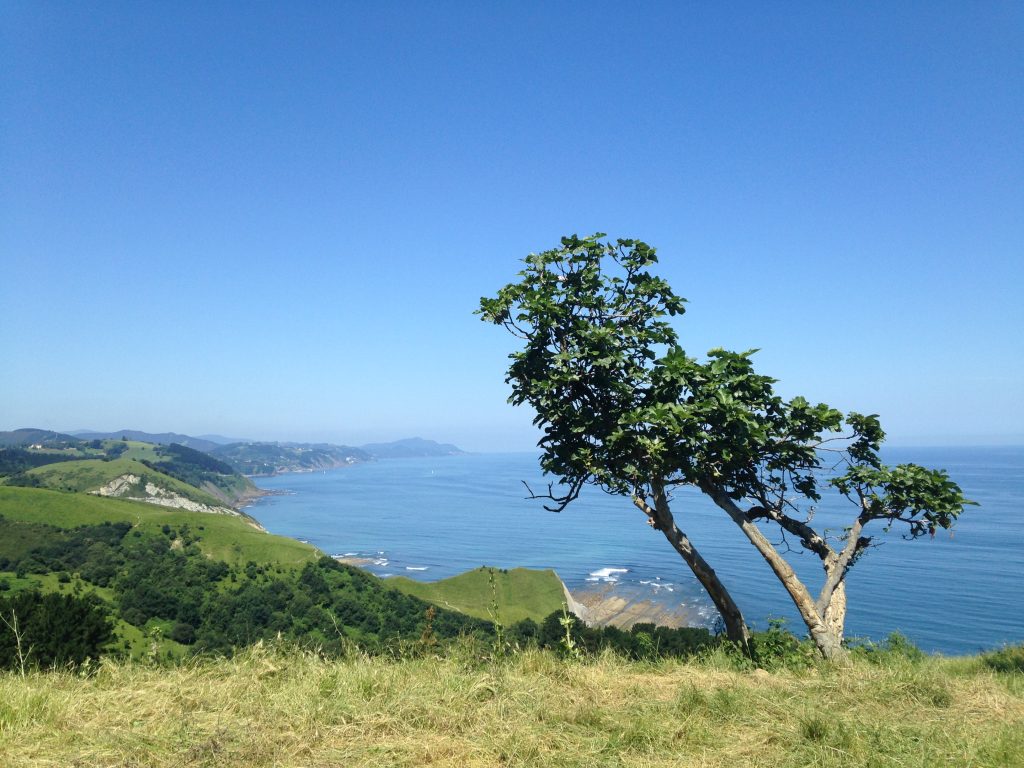 2016 was on the Camino de San Salvador, followed by the last 9 days on the Norte, followed by 5 days on the West Highland Way in Scotland. This was a year of solo walking, where I learned that I could walk alone and stay alone and that it was okay. It was more than okay: it was thrilling, it gave me such a powerful sense of freedom and agency over my life. I finished the West Highland Way and felt like I might just be able to walk around the whole world if I wanted to. 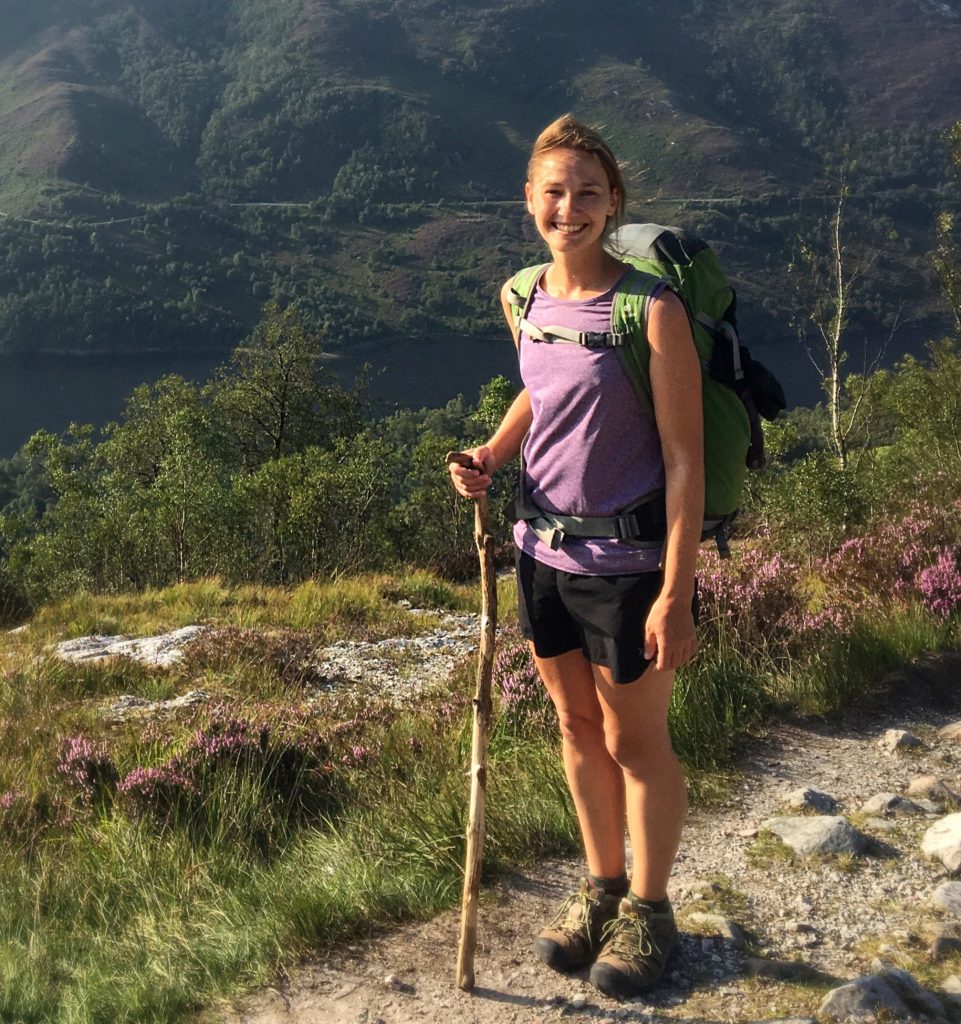 Then there was the Chemin du Puy in France, in 2017. Speaking French was the challenge here. It was a Camino in another country, but it was also the language and the culture and figuring out how to belong. I was conversational in French, but speaking had always intimidated me a bit. But I’d also spent years working hard to understand the language, and spending a few weeks walking through France forced me to remember words I’d thought I’d long forgotten. I remembered what it was like to sometimes sit on the outside, not understanding what was going on. In some ways, I felt more out of my comfort zone on the Chemin du Puy than I have on any other walk, but it was good for me. In the end, I wasn’t on the outside at all. 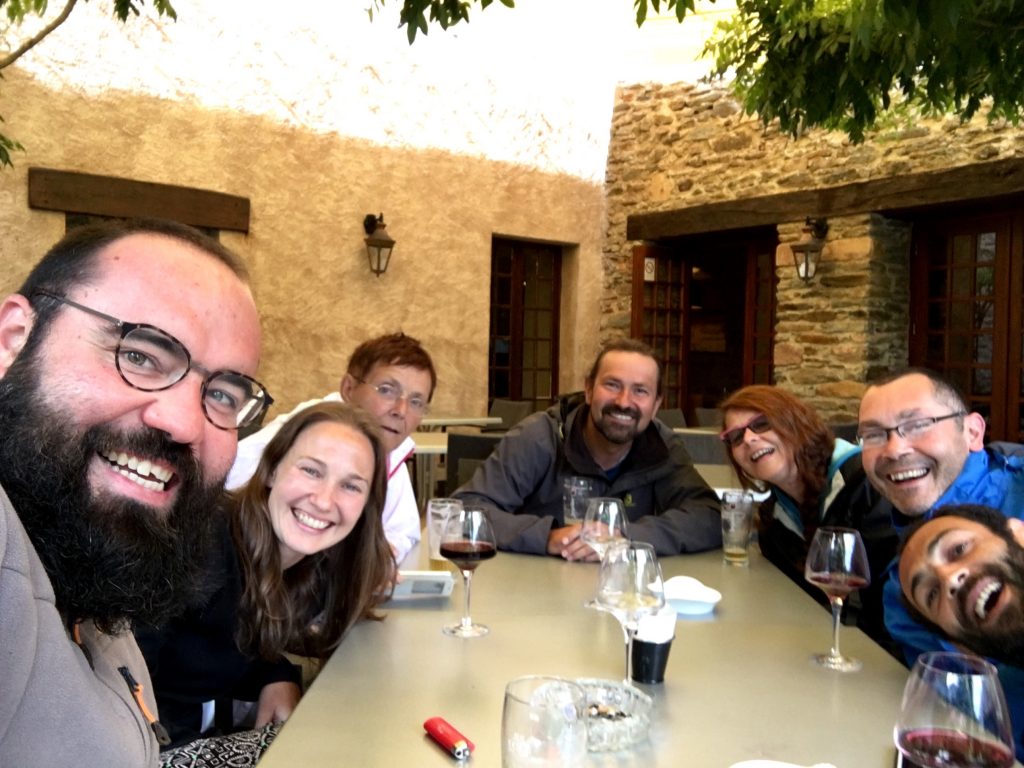 Last summer, in 2018, I walked for 15-days on the Pennine Way. It was a mostly solo, very challenging walk. I carried a much heavier pack than previous trips, and camped for a couple of nights. There was beauty and that glorious feeling of freedom, but this walk was very physical. I proved to myself just how strong I could be, but a lot of the walk was tough. That’s not a bad thing, not necessarily, but it was different than the experience of a long Camino when I can often let my mind wander and fly, where my feet find a rhythm, where the walking feels automatic. 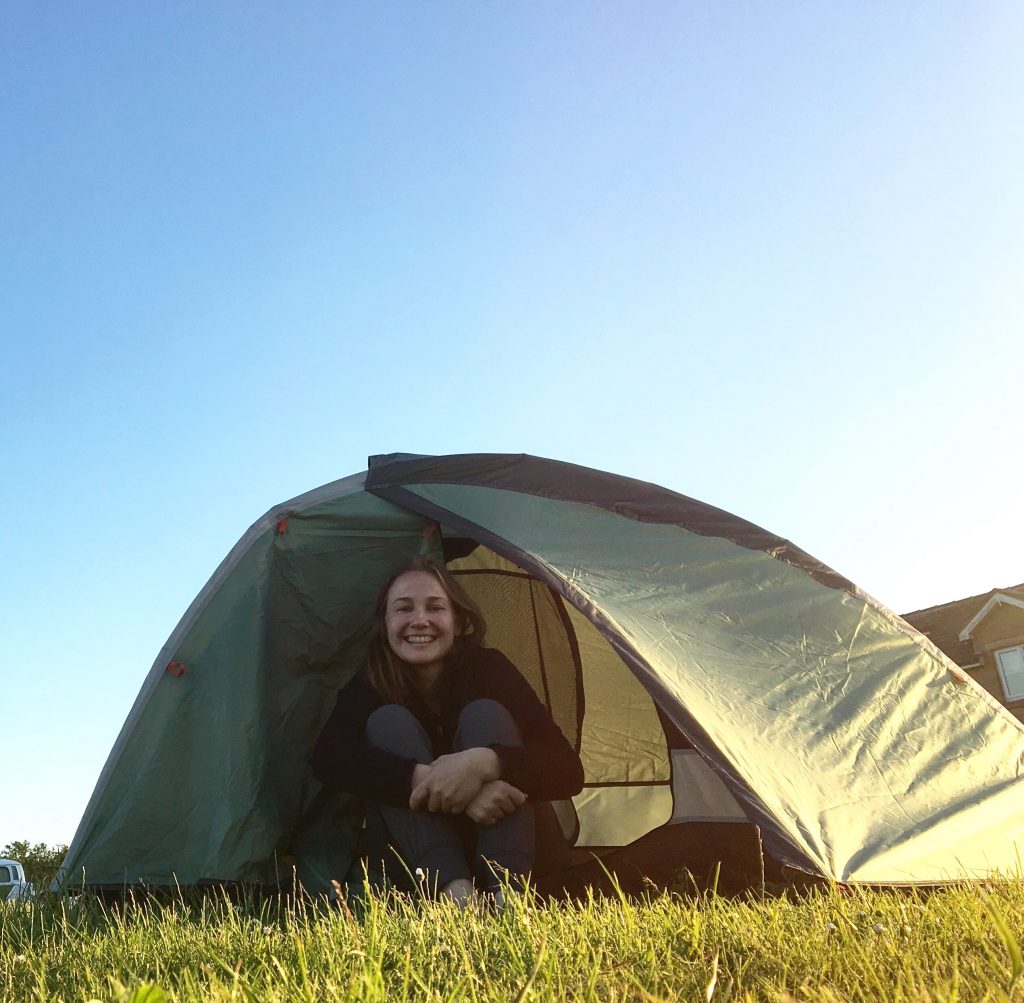 So this year, what is this year about? What will it be like to return? What will it be like to remember? To slip back into memories from 4 years ago, to a time when it all still felt so new and unknown? Will it rain on the walk from Irun to San Sebastian? Will another huge blister spread across the bottom of my foot? Will I curse the hills out of Deba, will I grumble my exhaustion to the cows? Will I stretch my arms as wide as the sea as I spin down the trail? Will I meet new friends, friends as kind and generous and bright as the friends from years before?

There are all of those questions. But there’s also this: a new camera! I seem to have this need to introduce at least one new element into each year’s walk, so this year, I’m finally bringing along a camera other than my iPhone. It will add weight to my pack, but I figure after last year’s trek on the Pennine Way, I’m up to the challenge. I’m still not sure how I’m going to walk with the camera, if it will be tedious to carry in my hands, if it will bounce annoyingly against my chest as I walk, but I’m sure I’ll figure something out.

I like the feel of a camera in my hands again. When I was a teenager and into my early 20s, I had a Pentax SLR that I carried around with me nearly everywhere. I shot rolls and rolls of film, and probably a lot of it wasn’t very good, but I loved it. I loved looking through the viewfinder and shutting out the rest of the world, it was nothing but me and that image and it was like time stopped. And it did, for a split second, I could stop time and capture something and I really loved it. 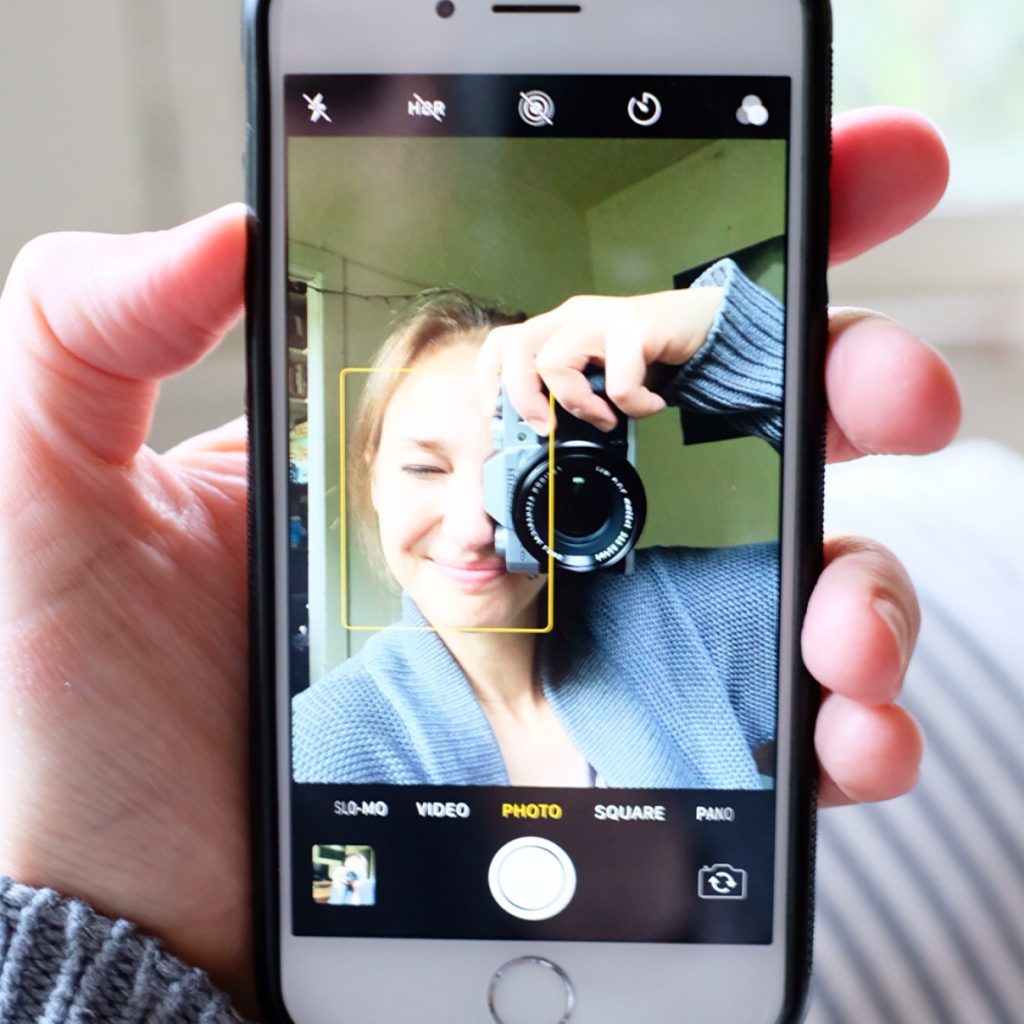 Ideally, I would have had more time to experiment with this camera first, to figure out all the settings and to practice and practice. But it seems as though my practice will be on the Camino, and I’m looking forward to that. I’ll share some photos here, though I can’t imagine I’ll be able to get any substantial posts out until after the walking is done. My plan is still to post a photo with a little caption on the blog most days, but it’s going to be nothing like these 1,000+ word posts I’ve been putting up lately.

But if you think you might want more photos in “real time”, I’m planning to post a bunch over on Patreon, in somewhat ‘exclusive’ posts that only my patrons have access to. But to be clear, I’ll eventually be sharing those photos here, too, just not quite in real time. So if you’ve been thinking about supporting me (pledges start at just $1.00 a month!), or want to read a little more about why I set up a Patreon, you can follow this link and check it out. And thanks again to all of my current subscribers, your support fills my heart. 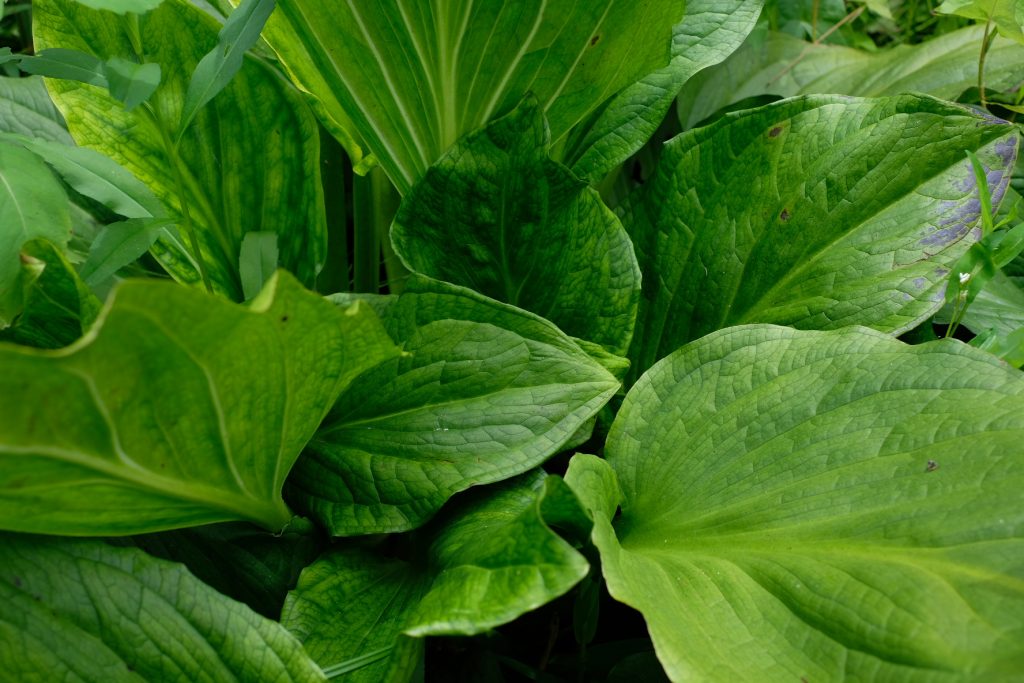 But thank you to all who continue to come here, who keep on reading, who are following along on my journey. Your support fills my heart, too, it always has. And I’m so excited to share this next leg of the journey with you. Stay tuned.