I’m now several days behind on posting, so because I know what happens in the next few days and you don’t, yet, I’ll give you just this little preview: things get better. I say that because this is going to be another sort of downer of a post. And before anyone starts thinking that I’m having a no-good, horrible, unfortunate Camino, have no fear. Things start looking up, and soon.

But lets go back to Day 3 of the Norte. In the comments of my last post (thank you, by the way; your words of understanding and encouragement were such a needed booster), a few Camino friends urged me to stop in Luarca. A charming port town only fifteen kilometers from Cadavedo, it would make for an easy day giving me plenty of time to rest and explore and eat ice cream.

The day started out overcast, and a light rain began to fall around 9am. It was just enough to be a nuicance, but by the time I got to Luarca it was falling heavier and I was a wet pilgrim mess when I entered a warm and cozy looking bar. But, no matter: the walk still hadn’t felt easy (my pack continued to feel heavy and my legs like lead, my sickness was zapping all my energy), but it hadn’t been long. I ordered a cafe con leche and orange juice and settled into a table. It was eleven thirty, the albergue would open at noon, I was in no hurry. The day’s walk was done. 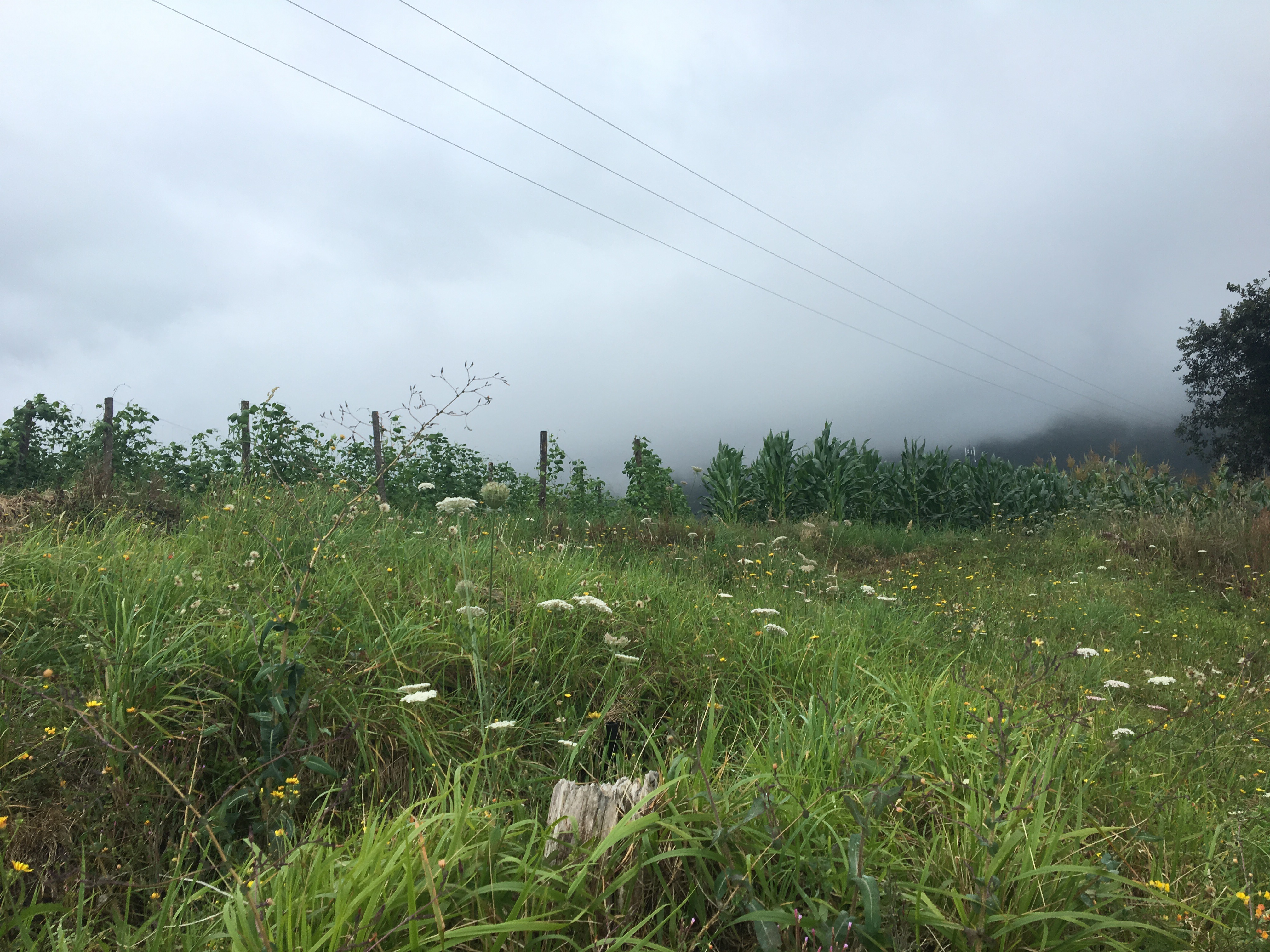 But then I heard the urgent tone of a frantic pilgrim. “The albergue is already full. People have called ahead and reserved.” He was talking to two pilgrims at another table, and they, too, had looks of panic on their faces. “And everything else is booked in this town,” he continued. “You can try the albergue and see if they have suggestions, or maybe the information center in town.”

I sat back in my seat, feeling rather defeated. The last thing I wanted to do was scramble all over town, trying to find a place to sleep. The next albergue listed in the guidebook had closed, and the albergue after that was… far. And it was raining.

(A note on the shortage of beds: the best I can guess is that this is a bad stretch of the Norte for albergues. I’d run into this problem once last year, aroud Llanes, and had to stay in a pension. From what I’ve heard, there are currently a lot of pilgrims on the Norte, and to make matters worse, this is high tourist season, so it’s difficult to find a free bed in a hotel or pension. And when you do, often the prices are a lot highter than they’d normally be).

So I went over to the pilgrims to talk over what I had just heard, but didn’t come up with any solutions (one of the pilgrims had injured his foot and proclaimed this to be “the worst day ever”). I went back to my table, and finished my drinks. For some reason- maybe I was just tired of things not working out- I wasn’t too worried. Because for as much as things didn’t seem to be working out well, I had a feeling that I’d figure out a plan. I was in a large town, I wasn’t isolated. I could always just take a bus or a train… somewhere. Further ahead on the Norte, or maybe just all the way to Finisterre where I could find a room and stay for a week and recuperate and write. That plan was starting to sound better and better.

I weaved my arms through the wet sleeves of my raincoat, hoisted my drippping pack onto my back, and headed back out. I made my way over to the albergue to see what the scene was like, and the only one around was a female pilgrim in a long, draping skirt. She called to me from across the street, “Albergue is full! But come over here, we’ll figure something out.”

She has more energy than nearly every other person I’ve ever met, and I would find out later that she averages at least 40 km days on the Camino, always. She did the San Salvador in 3 days, the Primitivo in 8, the Frances in 23. Her “not walking” energy is high, too. We ducked into a hotel across the street, found out it was full, but used the shelter of their lobby to look for other options. She whipped through her guidebook, called a number, and in muddled Spanish managed to secure us a double room for 60 euros, coming out to 30 a piece. I’ve been spending a lot on this Camino with all the unexpected private rooms, but standing there in Luarca, all I could feel was relieved that I had a place to spend the night.

We spent the rest of the day together- luxurating under the powerful water pressure of our shower, wandering through town in the rain to find a place to eat, holing up in a cafe for tea and pastries. I was happy to have some long overdue company, but I was also exhausted, and it was hard to keep up with Beatrice. I should have just told her that I wanted to go back to the hotel and take a nap, but this was the first sustained human contact I’d had in awhile, and besides, I also needed to eat, and find a grocery store (and on the plus side of things, I realized that my appetite was slowly starting to return. I was craving a plate of calamari, and it felt good to be craving something other than orange juice or Sunny D or Fanta). 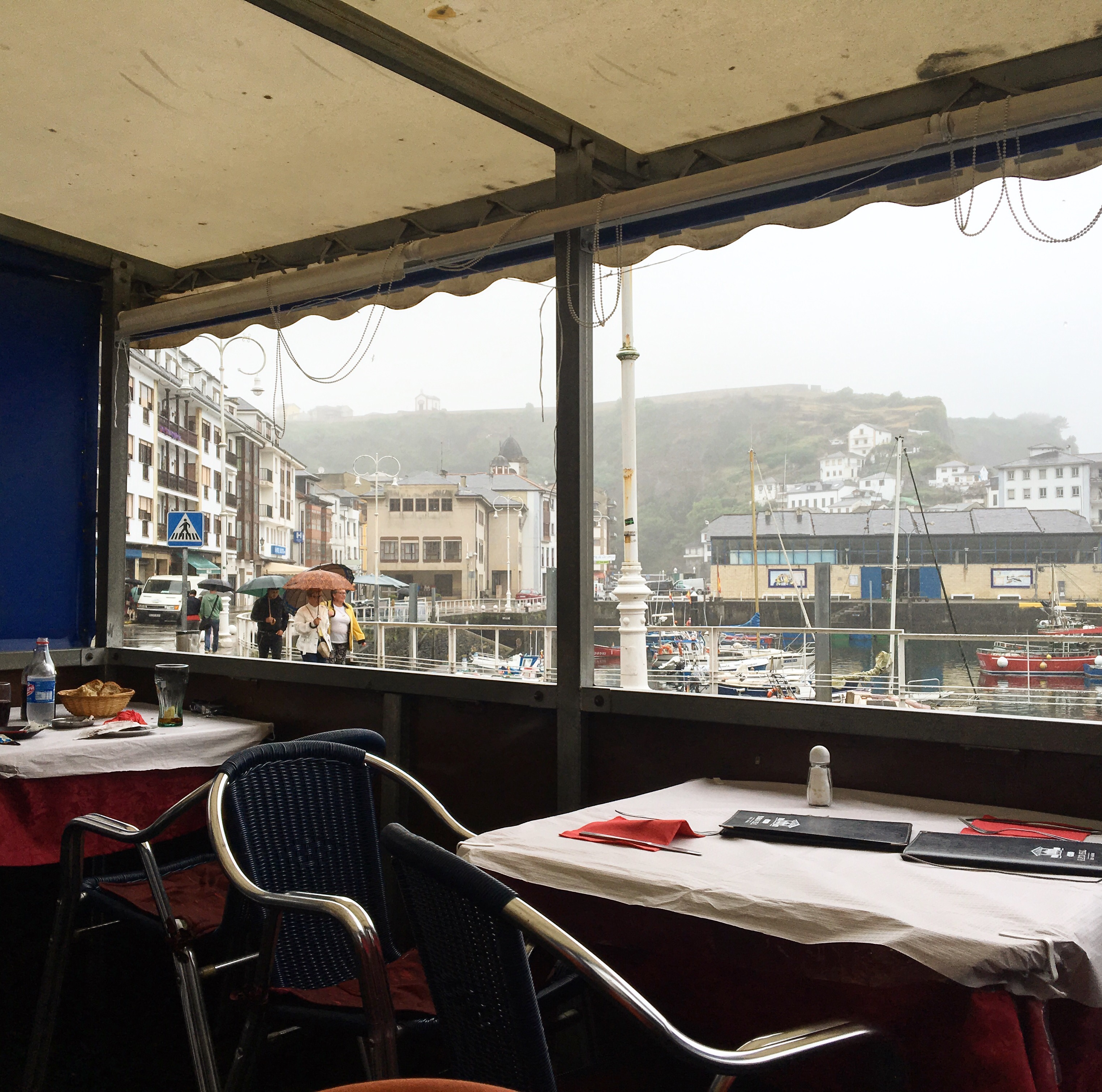 But I coughed all through the afternoon and the evening, and for as much as I wanted to be attentive to Beatrice and participate in the conversation, I knew I was only half there. It didn’t seem to matter though, and I was relieved for that, too. Beatrice just kept talking and telling me stories, and even though I was essentially sharing this day and this hotel room with a stranger, the Camino makes things like this easier.

But I went to bed thinking that this Camino wasn’t much fun, not much fun at all. And the question that had been lingering for the past few days continued to burn through my thoughts: Should I stop doing this? Should I just stop walking?